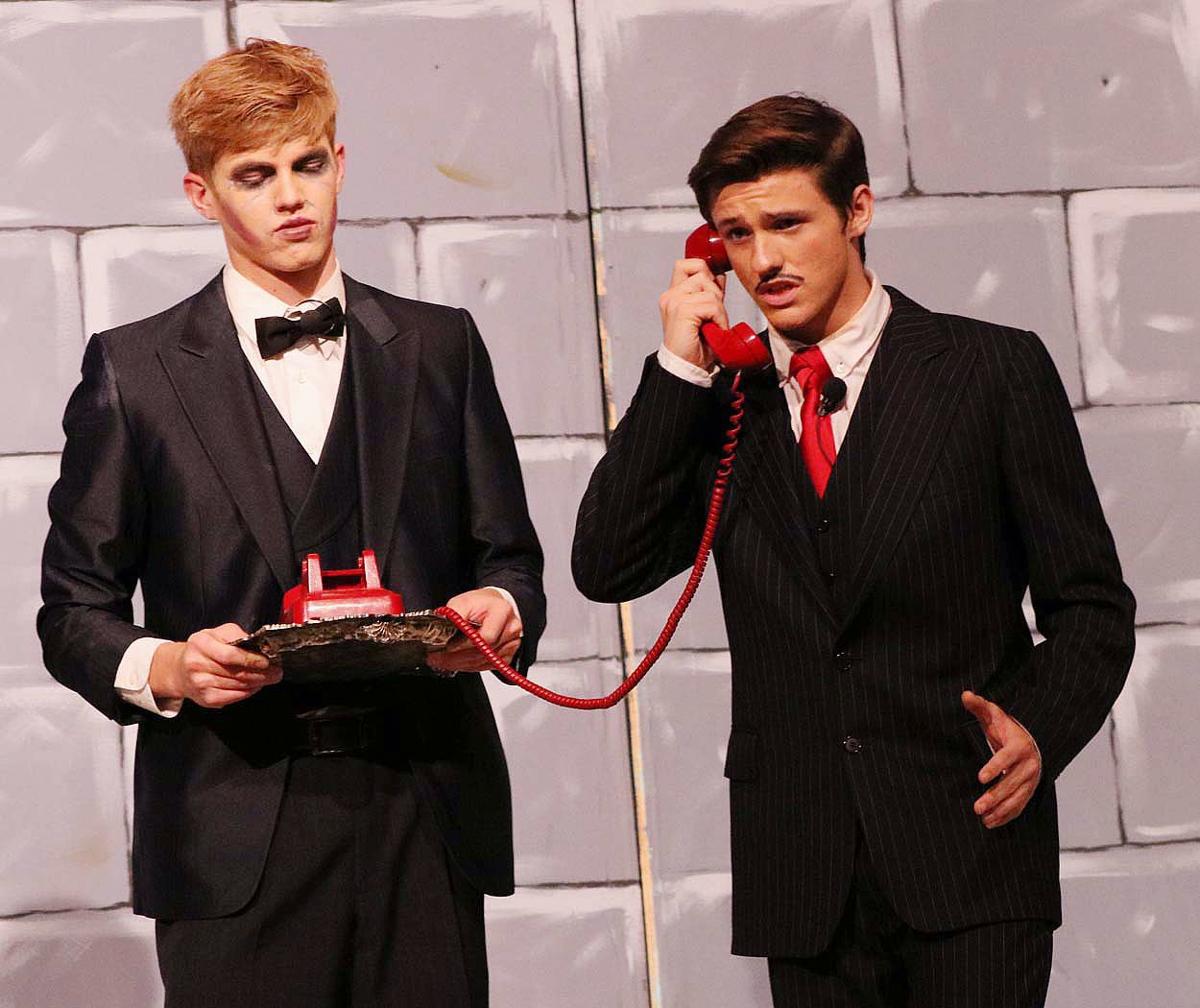 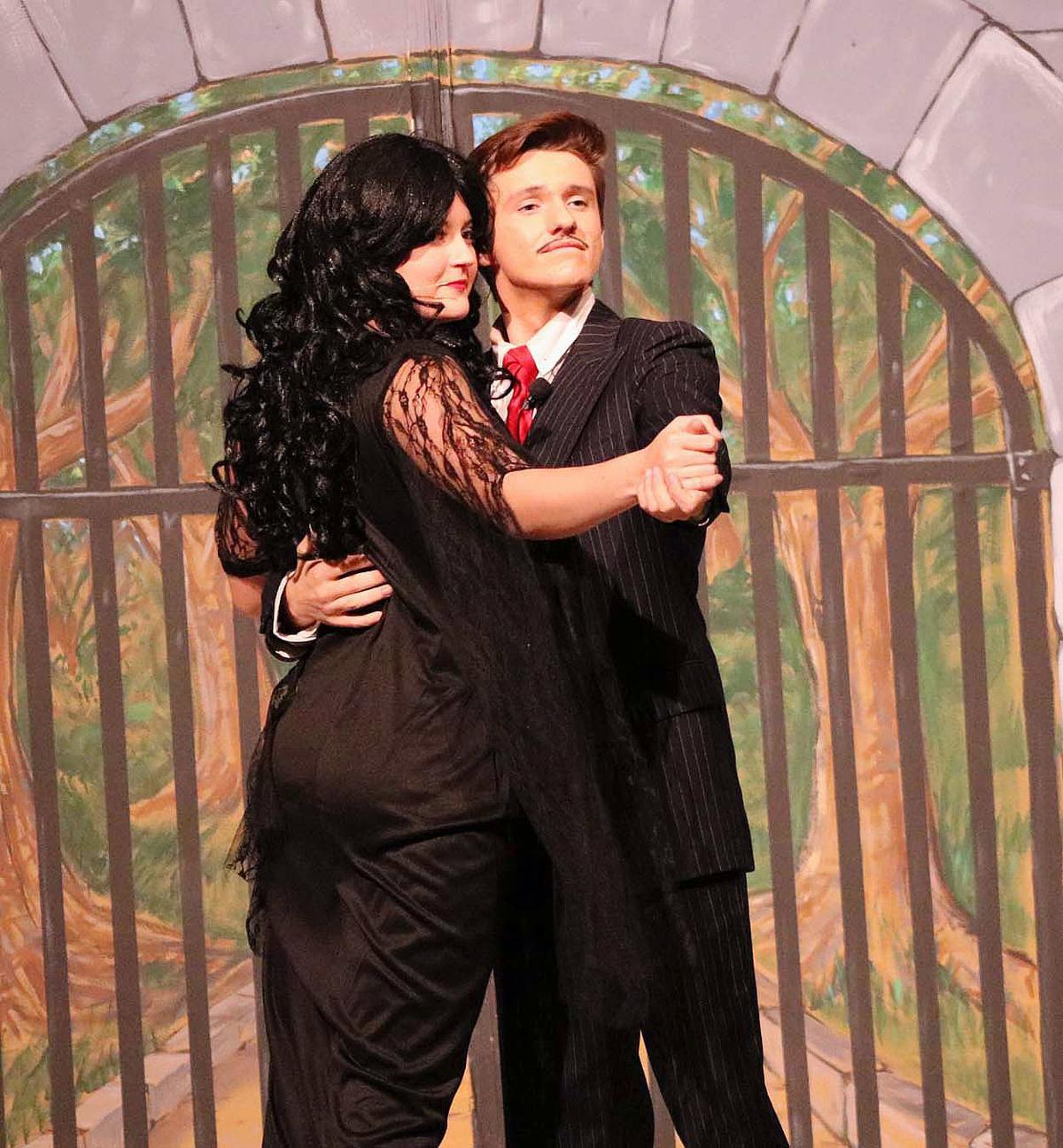 Laila Jones and DJ Sample as Morticia and Gomez in the school musical ‘The Addams Family.’ 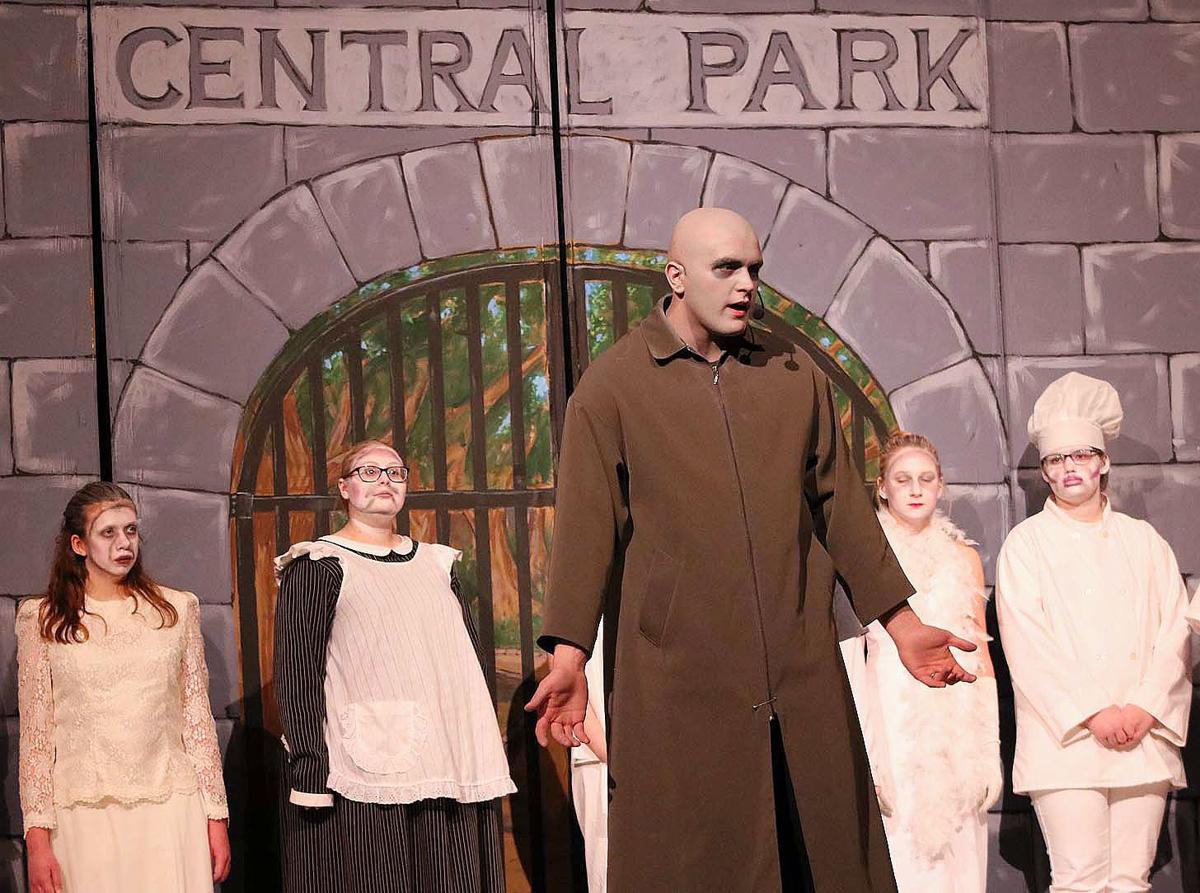 Phoenix Barrand as Uncle Fester with several other ghoulish characters in ‘The Addams Family.’

Laila Jones and DJ Sample as Morticia and Gomez in the school musical ‘The Addams Family.’

Phoenix Barrand as Uncle Fester with several other ghoulish characters in ‘The Addams Family.’

“The Addams Family,” a classic musical production that everyone should be aware of, was put on by the actors and actresses of Hiawatha High School on Friday, Saturday and Sunday, Nov. 9, 10 and 11.

With more than a hint of darkness, this play was an absolute comedic delight to see.

In the play, Wednesday Addams, played by sophomore Brenna Diller, falls in love, and none of the Addams family members want to accept it. At first, Wednesday is afraid to tell her family about a secret engagement, but she ultimately confesses to her father, Gomez, played by sophomore D.J. Sample. Gomez makes a promise to keep his daughter’s secret, but is tortured by the lie he must withhold from his much-adored wife, Morticia (senior Laila Jones).

Throughout the musical, Uncle Fester, played by senior Phoenix Barrand, encourages the relationship, rooting for the young couple to succeed.

By the end of the production, Morticia realizes that she has become exactly what she had hoped to avoid — her mother — and makes amends with Gomez and Wednesday after discovering that her daughter’s secret drives her to leave the family.

In and out of the play as comic relief scurried Cousin Itt (played by HMS 6th grader Lukin Searcy). At separate times Cousin Itt would dance with the other characters or peak out from behind corners and around curtains..

The famous Addams Family snap bookended the production, which was a bit of a disappointment (the more snapping the better).

Overall, with only a few minor stumbles in timing and line delivery by the actors/actresses, the 2018 HHS production of “The Addams Family” musical was a spooky success.