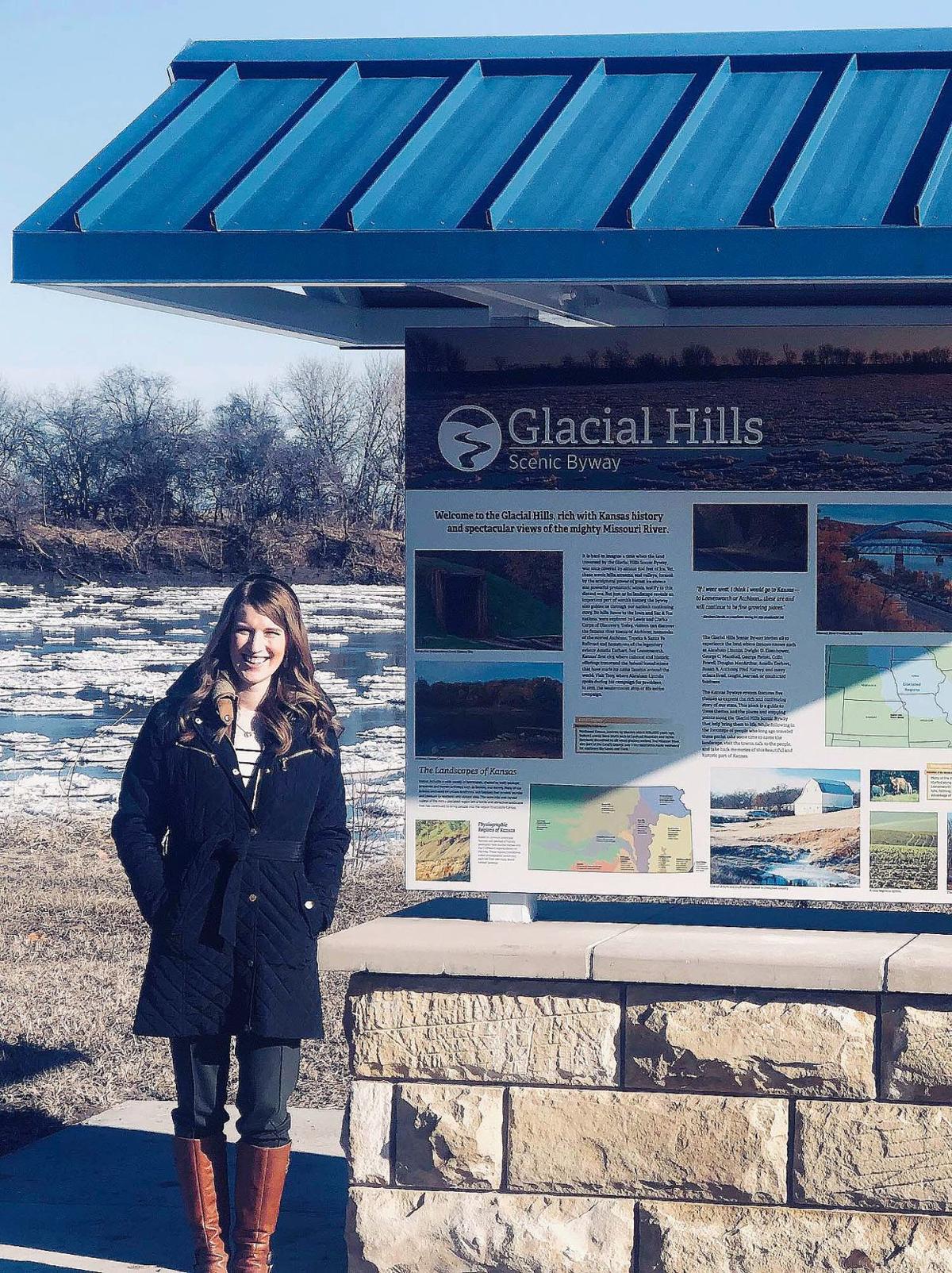 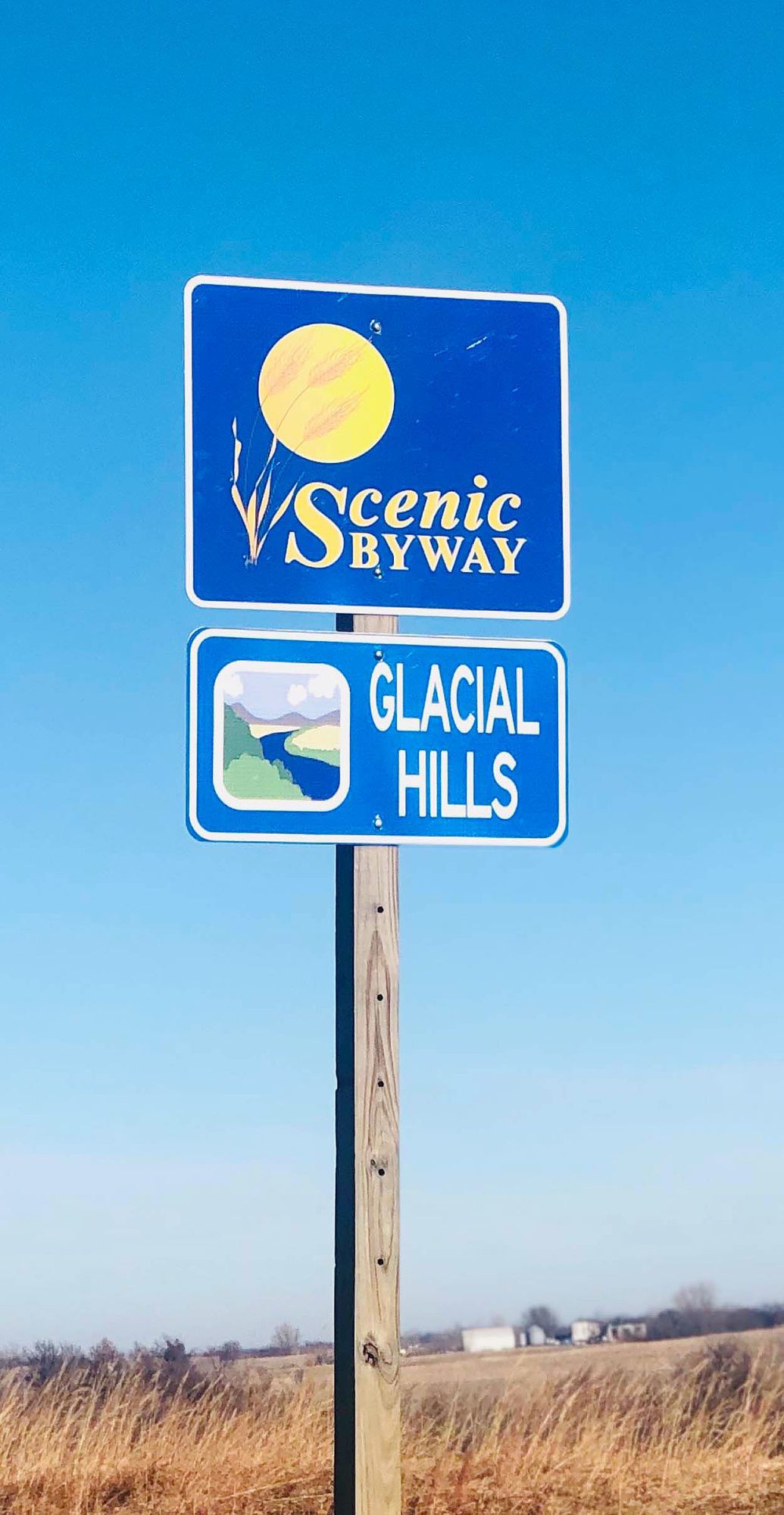 White Cloud, Iowa Point and Troy are among 39 locations across the state that have received new or upgraded Kansas Byway interpretive signs.

The Glacial Hills Scenic Byways route is 63 miles long and lasts 1 hour and 6 minutes without stops to Leavenworth.

Introducing the Glacial Hills Scenic Byway route is White Cloud. There, a double-sided kiosk sits just along the Missouri River displaying a map of the route from start to finish. It also draws attention to White Cloud’s former 1872 school, the Mah-Hush-kah Historical Museum and the Four State Lookout.

Heading south on the scenic path leads to Iowa Point where an interpretive signage plaza houses three panel surfaces that provide information about The Barns of Doniphan County (listed on the National Register of Historic Places) as well as the story of the ancient ice glaciers that covered northeastern Kansas leaving behind fertile soil, scenic steep hills and large river systems.

Stringer also explained that in 2010, KDOT and KWPT received a $220,000 National Scenic Byway grant from the FHWA to develop the Kansas Byways Interpretive Plan. The 20 percent match of $44,000 was evenly split by KDOT and KWPT. The basis for the signage project was completed by Fermata, Inc. of Austin, Texas.

KDWPT then received a two-phase Transportation Alternative Grant in 2014 from the FHWA for design and construction. At that time, RDG Planning and Design of Omaha, Nebraska was responsible for the design phase and GSR Construction , Inc., of Lawrence served as the general contractor for the construction phase. KDWPT paid the required 20 percent match for each phase.