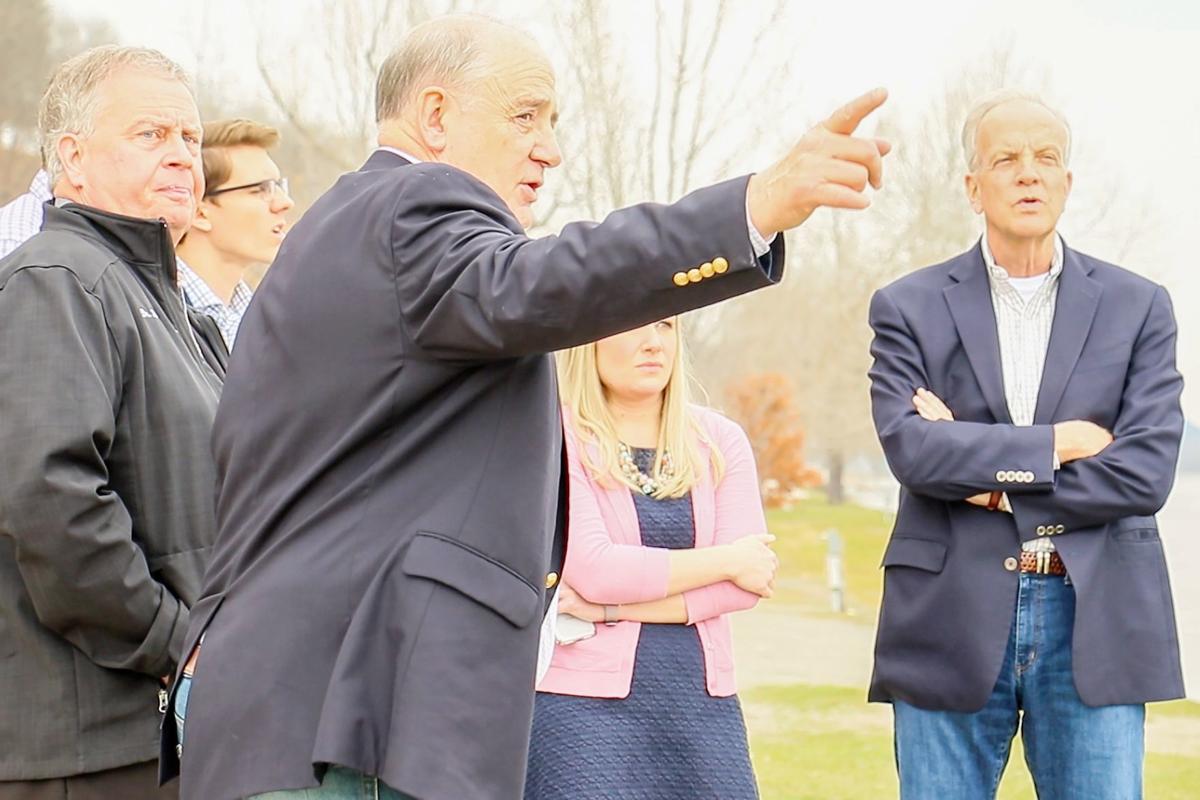 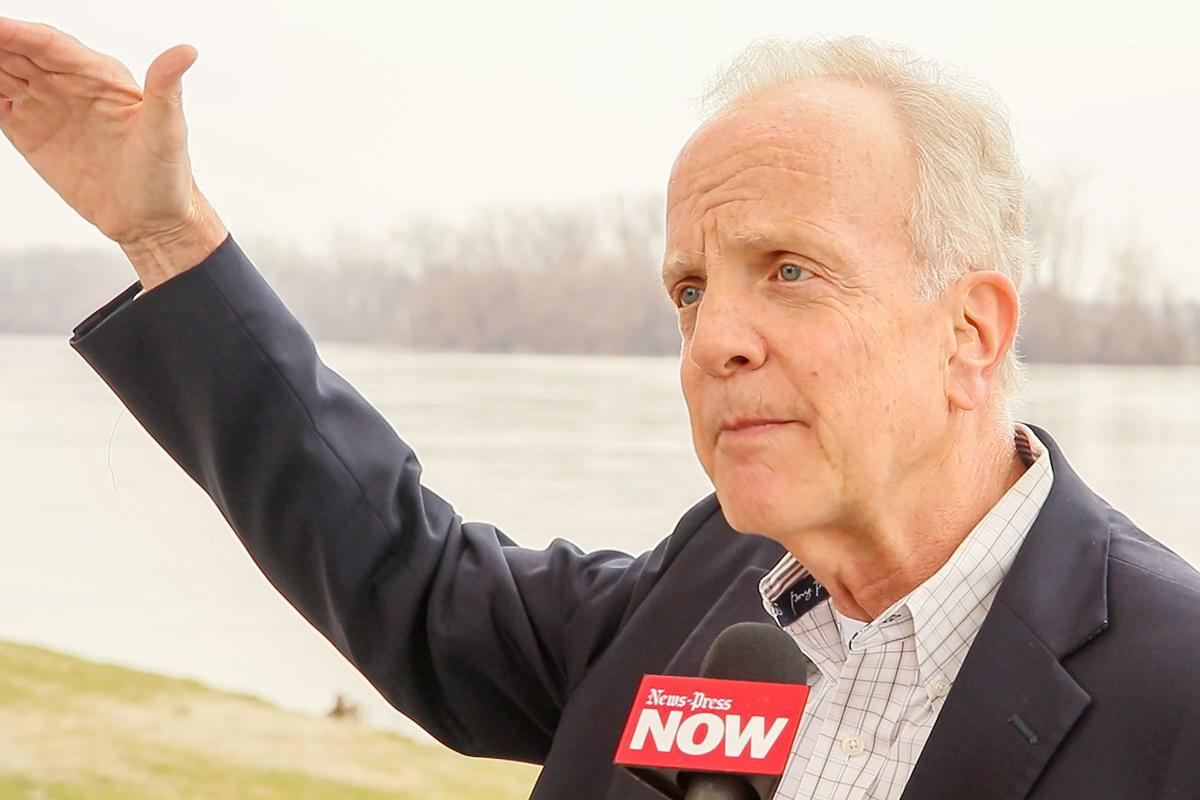 U.S. Sen. Jerry Moran, R-Kansas, speaks to News-Press Now on the scale of flooding throughout the region while touring damage around Atchison.

U.S. Sen. Jerry Moran, R-Kansas, speaks to News-Press Now on the scale of flooding throughout the region while touring damage around Atchison.

Jerry Moran has conducted extensive surveys of damage linked to Missouri River flooding in Kansas and in the whole region, and says he’s heard one consistent complaint.

“The Army Corps of Engineers has lots of pressure on it,” Moran said, “but we need to have better answers from the Corps about why they can’t do what makes sense, what’s common sense, to the rest of us in this part of the country.”

Moran, a Republican who has served in the U.S. Senate representing Kansas for more than eight years, said he will work with his Missouri GOP colleagues, Sen. Roy Blunt and Sen. Josh Hawley, to obtain those answers. Moran also pledged to advocate for longer-term ideas, such as flood-control improvements to U.S. Highway 59 between southern Buchanan County and the Amelia Earhart Memorial Bridge. The highway is forecast to remain closed for days as waters drain around the flooded Winthrop area, where a levee broke last Thursday.

For now, though, Moran said Congressional leaders have concluded that the current flood could have been mitigated. While he affirmed that the debate around Corps policy isn’t new, he emphasized his view that this time around, the Corps hasn’t done enough to protect the public.

“From the conversations that I’ve had today, and in previous floods ... the Corps of Engineers can do a better job managing river flow,” Moran said. “The general complaint has been that they ought to be releasing water upriver earlier in the year, and get it downriver before these kind of circumstances occur.”

Meanwhile, longer-term effects of the flooding are likely to continue troubling the Atchison area for some time, although the town itself avoided any significant property loss.

Of high concern to Mayor Shawn Rizza, who helped guide Moran through Atchison, are the people of southern Buchanan County who suffered the most from the levee breakage last week.

“It is a strange and helpless feeling to be standing on the high ground, impressed by nature’s power, while seeing homes and lives being forever affected just a stone’s throw away,” Rizza wrote in a column for Atchison Globe. “We all know people on the other side of the river and my heart breaks for those that are still waiting to see how extensive the damage is to their homes.”

“There’s a big concern going forward that we’re just getting started with this,” said state Rep. John Eplee, R-Atchison. “With spring rains and more snowmelt we could still have several difficult months ahead of us.”

The flood wall protecting the Bradken-Engineered Products campus just south of the Earhart bridge in Atchison held up well against the Mighty Mo despite a few leaks. Waters briefly shut down Union Pacific routing, which normally sends multiple trains through downtown Atchison every day.

Asked for his thoughts on the flooding in Northeast Kansas and the consequences of climate change, Moran said it is self evident that the climate has changed, and that at a minimum, the government must take steps to prepare for further changes.

“Well, there’s (been) calamitous change in my lifetime,” Moran said. “Growing up in Kansas, the snowfall was up to the rooftops. My kids, with the next generation, have never experienced that ... I think the issue that we face ... is what do we do to make things safer, better, more secure. That requires some common sense and using science.”

Eplee said he worries about the typically rainy weeks to come of April and May, and whether or not the Corps has the capacity to keep the river under control if ever more precipitation and snowmelt flows into it.

“Our Doniphan County farmers are pretty badly hurt,” he said. “I don’t know if they’ll even be able to plant this year. And that’s provided we have no more flooding, and that’s a lot of “ifs.’”

Marcus Clem can be reached

Sorry, there are no recent results for popular images.