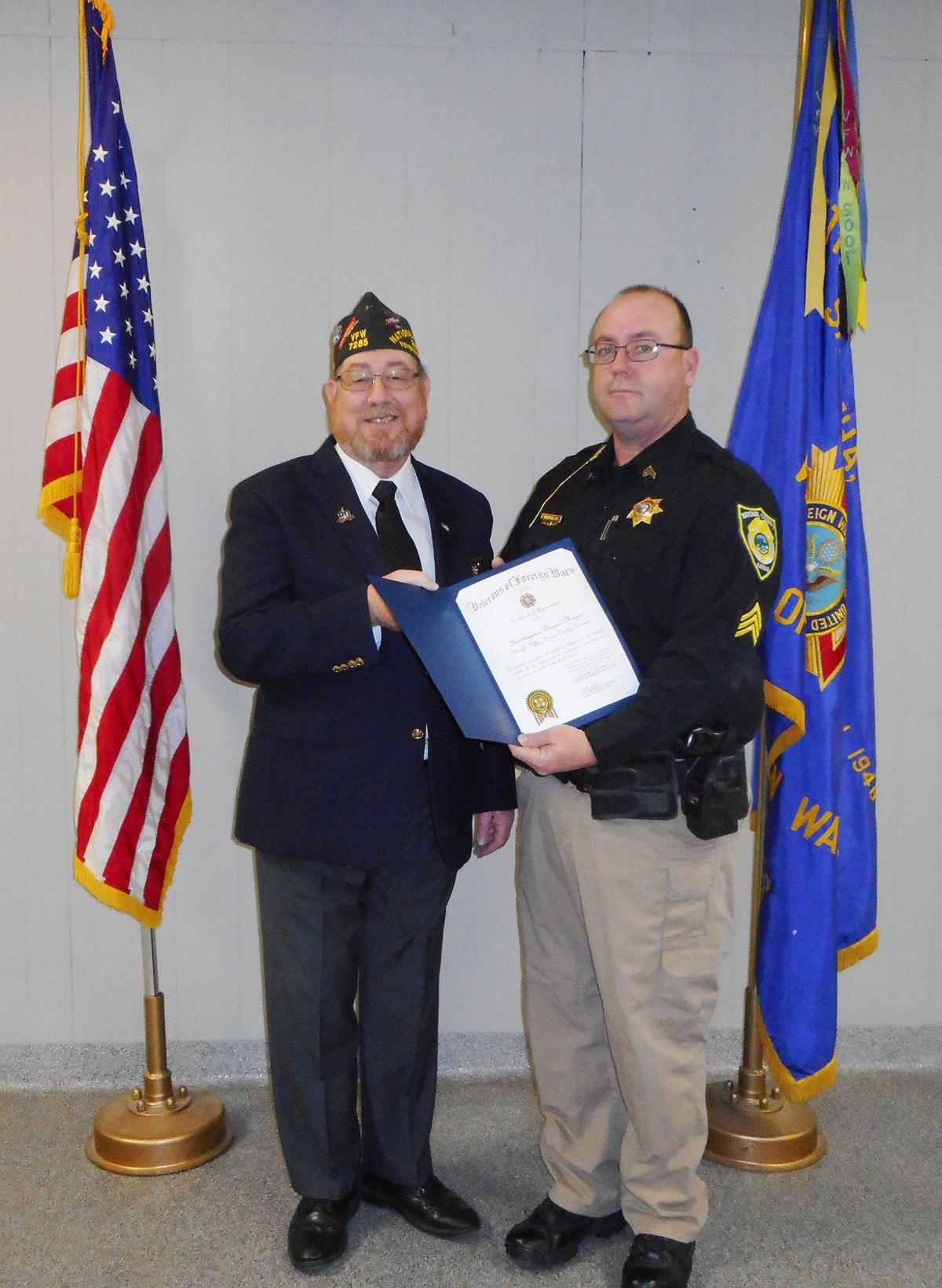 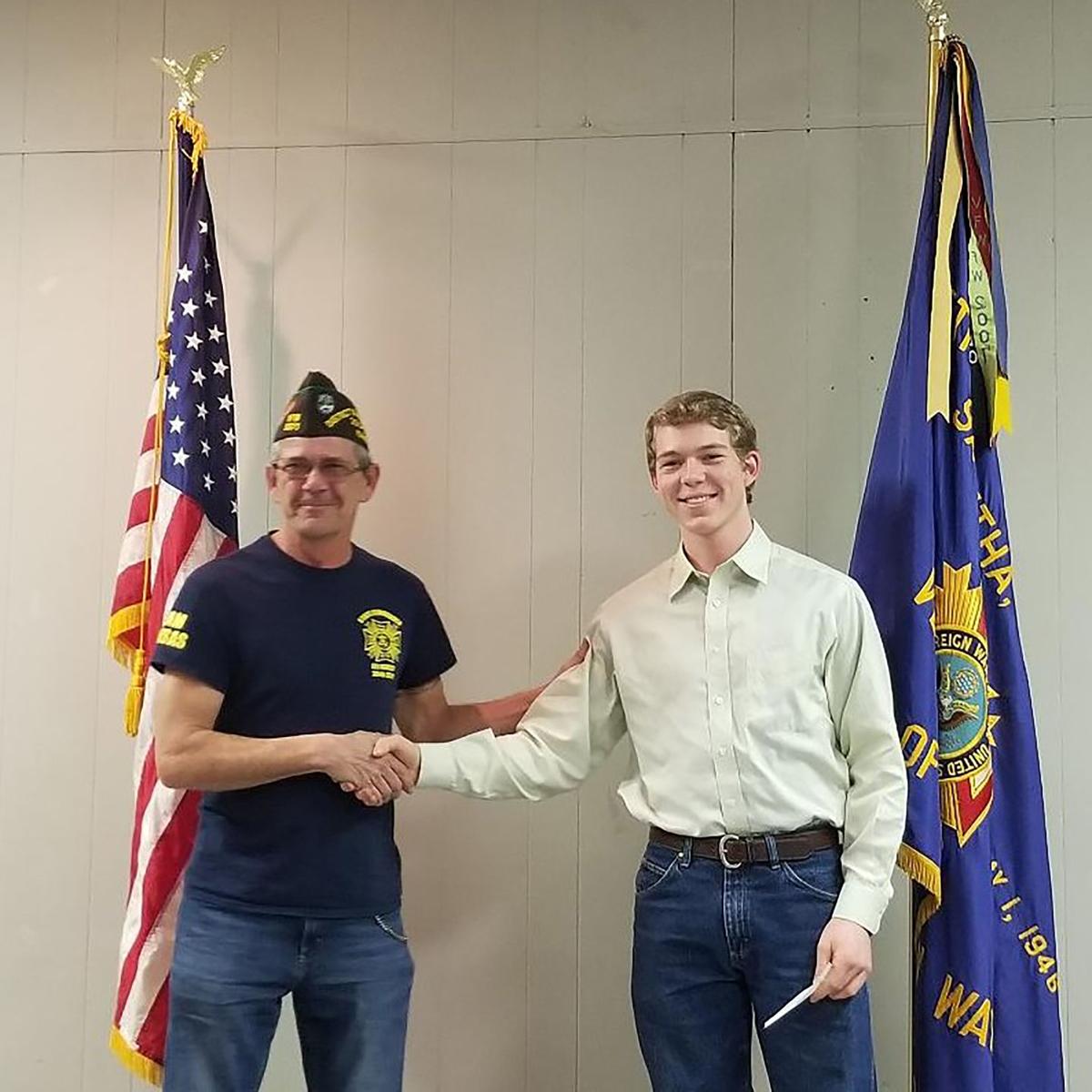 A Brown County officer was presented the “Law Enforcement Officer of the Year” award by the Sabetha Memorial Post 7285.

Darren Meyers received the award on Wednesday, Jan. 8 at the Post meeting. This is his nomination letter by Brown County Sheriff John Merchant:

“With great pride, I nominate Investigator Darren Meyers for the Veterans of Foreign Wars J. Edgar Hoover Gold Medal Award for Law Enforcement Officer of the Year. Meyers proudly served in the Army National Guard from November 16, 1990, to June 16, 2012, retiring as staff sergeant. Deployed several times, he has demonstrated great love of God and Country. His patriotism is beyond reproach.

Darren has worked for several law enforcement agencies throughout his military career, including Sac and Fox, Horton Police Department, and five years ago became a deputy for the Brown County Sheriff’s Office, advancing to Investigator.

Darren has a lifelong passion for helping others. While in Horton, he initiated a program for high school students that replicated the hazards of drunk driving. He established a driving course and, using golf carts to navigate the course, he had the students wear “Drunk Goggles,” which simulate being under the influence. Based on their driving history at the end of the course, an officer was present while the student driver was asked to perform field sobriety testing while wearing the goggles. Since the student was “impaired,” they were arrested. Discussion was then presented to the students on how a simple mistake could change their lives forever, be it a DUI charge, accident or, worse yet, a fatality. Insurance representatives also discussed with the students how a DUI would affect insurance rates for the family as a whole.

Upon joining the Brown County Sheriff’s Office, Darren quickly volunteered to become a First Aid, CPR and AED instructor. He interacts very well with students, particularly those who seem to struggle during the course. As of early November, we have successfully certified over 1,000 students in Brown County in these basic life-saving skills.

As foster parents, Darren and his wife Mindy have opened their home to many children over the years and continue to do so. This selfless man generates an amount of giving back that is beyond measure.”

In addition, Nathan Knapp was presented a scholarship check for $100 for his selection as the First District’s Voice of Democracy audio essay contest winner.

Knapp’s audio essay was one of more than 500 essays submitted to VFW posts in the First District, and competed at state level with VOD entries from the other Kansas VFW districts. Knapp, a junior, has entered the VFW essay contests for youth from the time he was eligible for the Patriot’s Pen middle school essay contest and was also last year’s Post 7285 first-place winner.