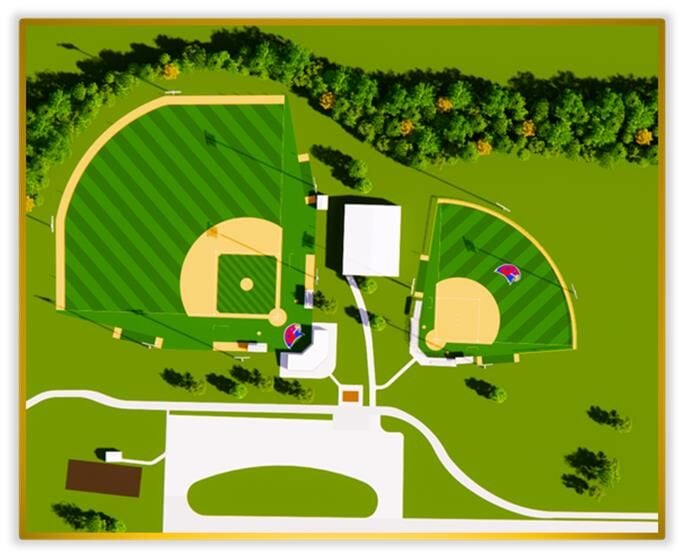 This image shows the addition of a building and new field at Noble Park as part of a proposal sponsored by the Hiawatha Baseball and Softball Club. 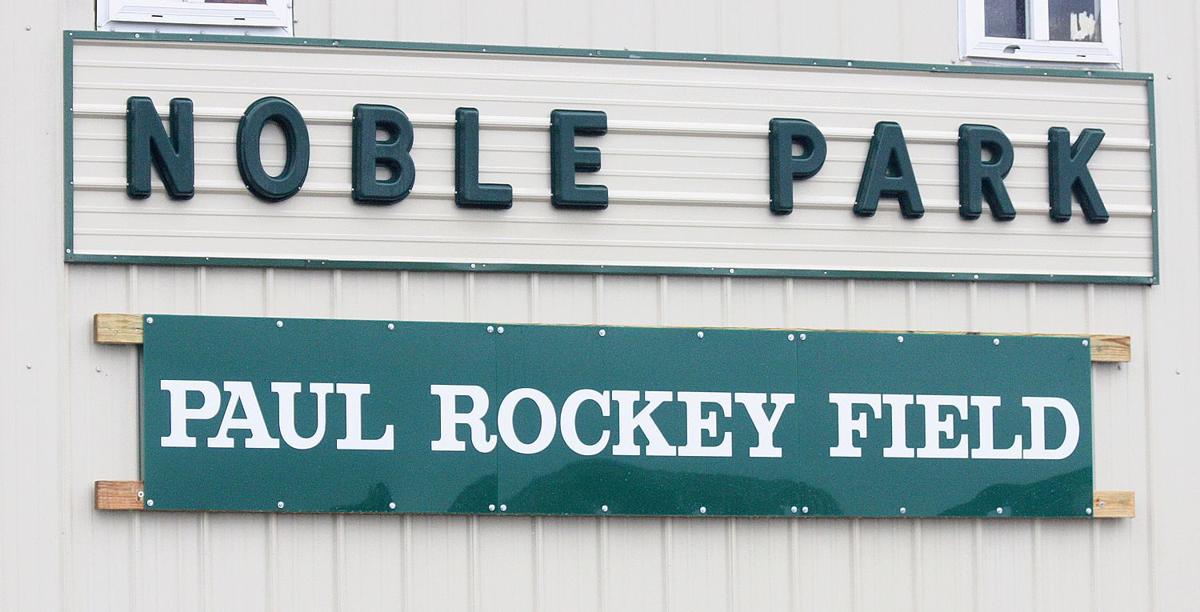 Paul Rockey Field at Noble Park is where high school, Legion and this summer the Bravos play baseball.

This image shows the addition of a building and new field at Noble Park as part of a proposal sponsored by the Hiawatha Baseball and Softball Club.

Paul Rockey Field at Noble Park is where high school, Legion and this summer the Bravos play baseball.

After going back and forth for months with the newly formed Hiawatha Baseball and Softball Club, the City of Hiawatha agreed at Monday’s City Commission meeting to approve a lease for the land needed for the first phase of the proposed baseball and softball complex at Noble Park.

The agreement will be drawn up by City Attorney Andy Delaney, and will run for 25 years. The lease is for an indoor facility that can be utilized by youth baseball and softball players across the community.

Troy Kolb spoke to the commission on behalf of the HBSC, answering several questions that had been posed in commission meetings, as well as other meetings with city personnel. Ownership of the building will be retained by the HBSC Board, in order to allow the board to set up, maintain and schedule for the facility as they see fit.

In response to funding questions, Kolb said that the group has asked the school board for $200,000 to kick-start the project, and will hear more from them at the next school board meeting. Beyond whatever the school contributes, the funding will come from private donors and businesses. Further, there were questions about the succession of the HBSC Board were addressed by Kolb, who stated that having members of youth baseball and softball boards, along with high school baseball and softball coaches will keep current and interested parties involved in the organization. Kolb also informed the commission that HBSC is rescinding its request for electric, water and sewer, and any funding from the City.

The Commission agreed to a five-year lease with the Brown County Historical Society, and put off making an agreement with NEK-CAP on the ground at the RV park and skate park. NEK-CAP has been looking into developing the land for a new office, and while the Commission agreed that bringing business into town is desirable, there were some concerns about limiting land available to the city for future Parks and Recreation projects, such as a new pool and activity center, which have been discussed. It was agreed to look into other properties that could be utilized and return at the next meeting.

The group voted to approve a Master Gardners group from the Brown County Extension Office to place and maintain two flower pots in town, as well as a payment to AHRS in the amount of $112,412.22. Also approved was a request from The Bibber BBQ to use a city parking lot on May 21st for an event. Proclamations were read for Municipal Clerks Week and Public Works Week, and it was announced that the next City Commission meeting would be on May 24th, and all meetings going forward will be on the 2nd and 4th Mondays of the month, rather than the 1st, 3rd and 5th. City Administrator Mike Nichols informed the Commission that street work is finishing up on Utah and South 8th, and continuing on North 8th, and tearout should begin on North 12th Street this week. Nichols also announced that early drafts of the proposed 2021 budget are coming up property tax-neutral.