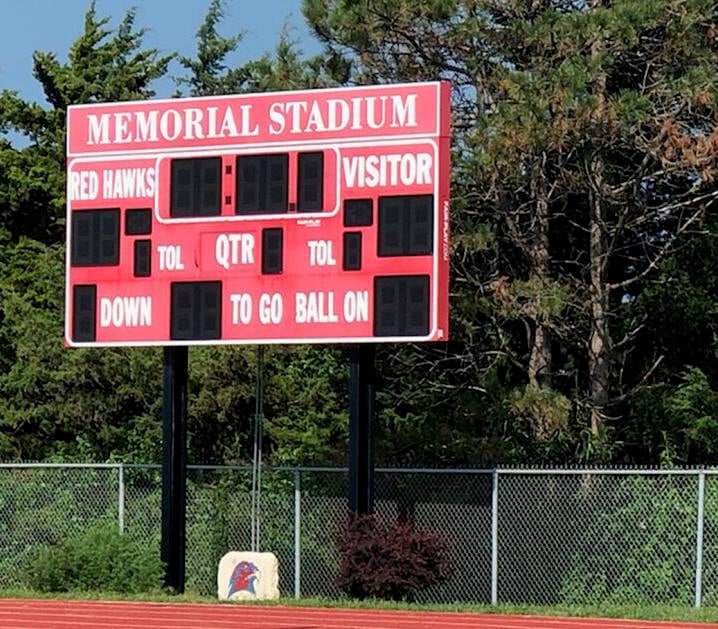 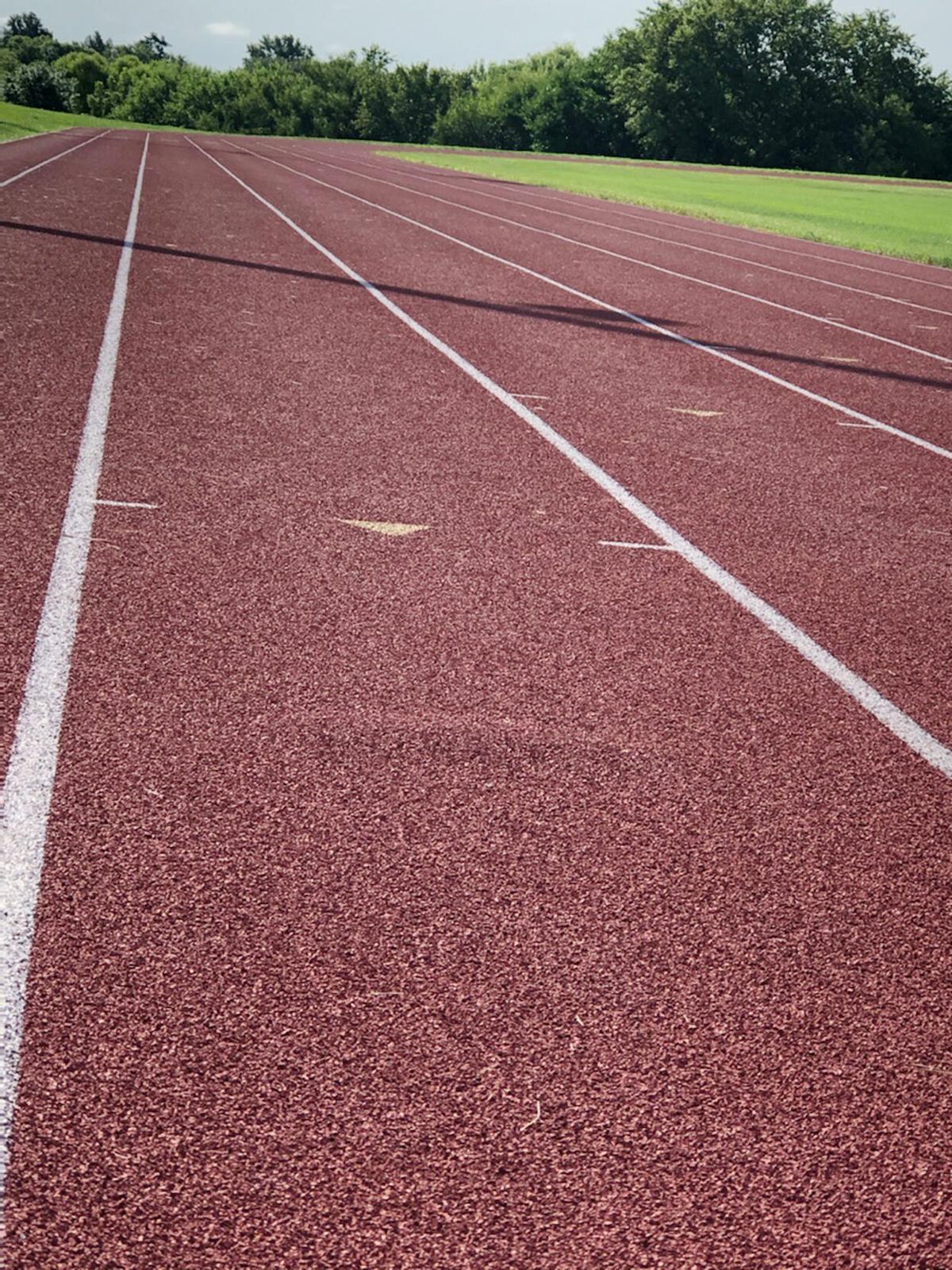 The district is working with the company that installed the track to take care of bubbles that have occurred due to water draining on the track.

The district is working with the company that installed the track to take care of bubbles that have occurred due to water draining on the track.

The Hiawatha School Board met Monday night and among discussion items was issues with bubbles forming in the surface of the new track at the high school stadium.

The board met at the Hiawatha Middle School library and the meeting was aired via Zoom conference and YouTube, with the link published on the district’s Facebook page and in the agenda.

The track was resurfaced in the summer of 2018 at a cost of around $900,000. Bubbles have formed in several areas — some disappeared as concrete under the surface settled, but a few remain.

Chris Morey, district maintenance coordinator, told the board Monday night that he had been in contact with the contractors who installed the new track and they felt the issue was due to drainage.

Morey said that the previous track had a small concrete curbing along the north side — or close to where the visitor’s seating is located and that kept water from draining onto the track. When the new track was installed, the curbing was not included and so water comes down the hill and drains onto the track.

“They are willing to fix the bubbles, but want us to address the drainage issue,” Morey said.

Morey advised the board that he could contact a contractor to get bids on installing curbing along the north side to prevent water drainage. He said small equipment would need to be used so as to not tear up the area. He said he also had discussed with Maple Wood Lawn — who cares for the football field — to adjust the nozzles from irrigation of the field so water does not just settle on the track. He said the irrigation is set for a half inch of water twice a week.

Morey said he would have someone take a look at the track and determine timeline and costs for fixing it.

In other district facility news, the board discussed the elementary school parking lot. Morey told board members that no bids for concrete work came in to meet the school’s timeline. He said he could look into ordering forms for the parking, but recommended pushing back the remainder of the project to next summer. The county was also unable to complete a chip and seal on the parking lot due to staffing issues, he said. Board members agreed that pushing back the remainder of the project until later next spring might be the best solution.

Morey also informed the board that some of the ordered supplies for disinfecting once school was back in session had arrived, but some items were on back order, including backpack sprayers for disinfectant. He said the sprayers were up to 3 months out for delivery and told the board he had reached out to another company, who said a month to 6 weeks for delivery. Custodial staff is also working on protocol for cleaning buildings every 2-3 hours.

However, Superintendent Lonnie Moser said that due to concerns with COVID-19 that enrollment was not something that could be counted on as some families may choose their own home school curriculum and funding could become an issue, depending upon final enrollment numbers.

The board approved a revised calendar that included adding 5 minutes to every school day and taking away a Sept. 21 professional development day to be a student day. He said very limited snow days were built in, but with plans for remote learning available this year that would make snow days less necessary. Moser said this would enable the school year to end prior to Memorial Day and still meet state guidelines.

As part of the Consent Agenda, the School Board approved to extend the contract of Jean Brintnall as Curriculum, Instruction and Assessment Coordinator for the 2020-21 school year; approve funding four units for Parents as Teachers at a cost of $19,500; accept the resignation of Kelsey Hubin as HHS assistant volleyball coach and accept the retirement resignation of Laura Coulter after 13 years in the district; approve the hiring of Megan Green as district Health Assistant, Andy Runer as Science Olympiad co-sponsor, Whitlea Simmons as HMS assistant volleyball coach, Kelsey Hubin as girls tennis coach, Nicki Mathewson as HHS assistant volleyball coach and Kylah Bateman as sophomore class sponsor; approve Remote Learning 2020-21 assurances with KSDE.

The board has set a special meeting for 7 a.m. on Monday, Aug. 24. This meeting will be at the Hiawatha Middle School Library and aired via Zoom and YoutTube.

Breonna Taylor: What you need to know