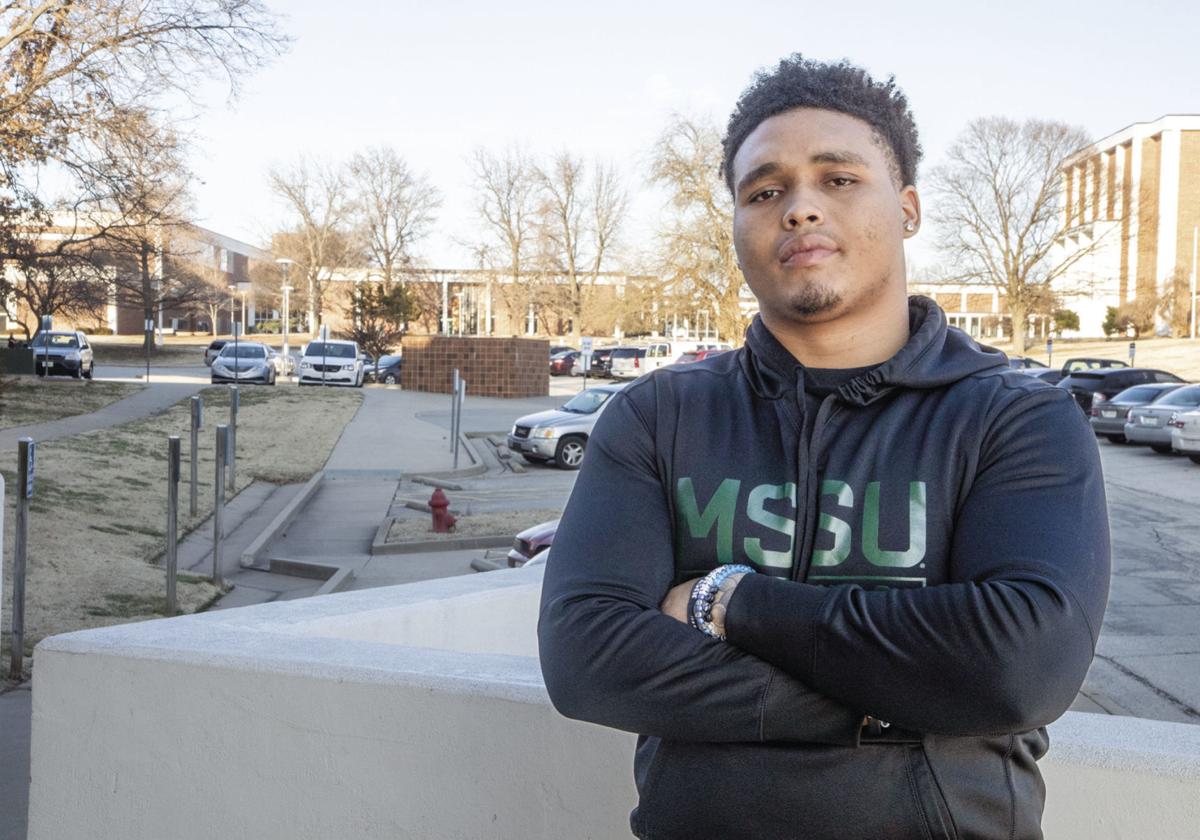 Loren Young, former defensive lineman for the Highland Scotties in 2017, alleges he was mistreated while a student athlete at HCC. He has since transferred, and today plays football for the Missouri Southern Lions. 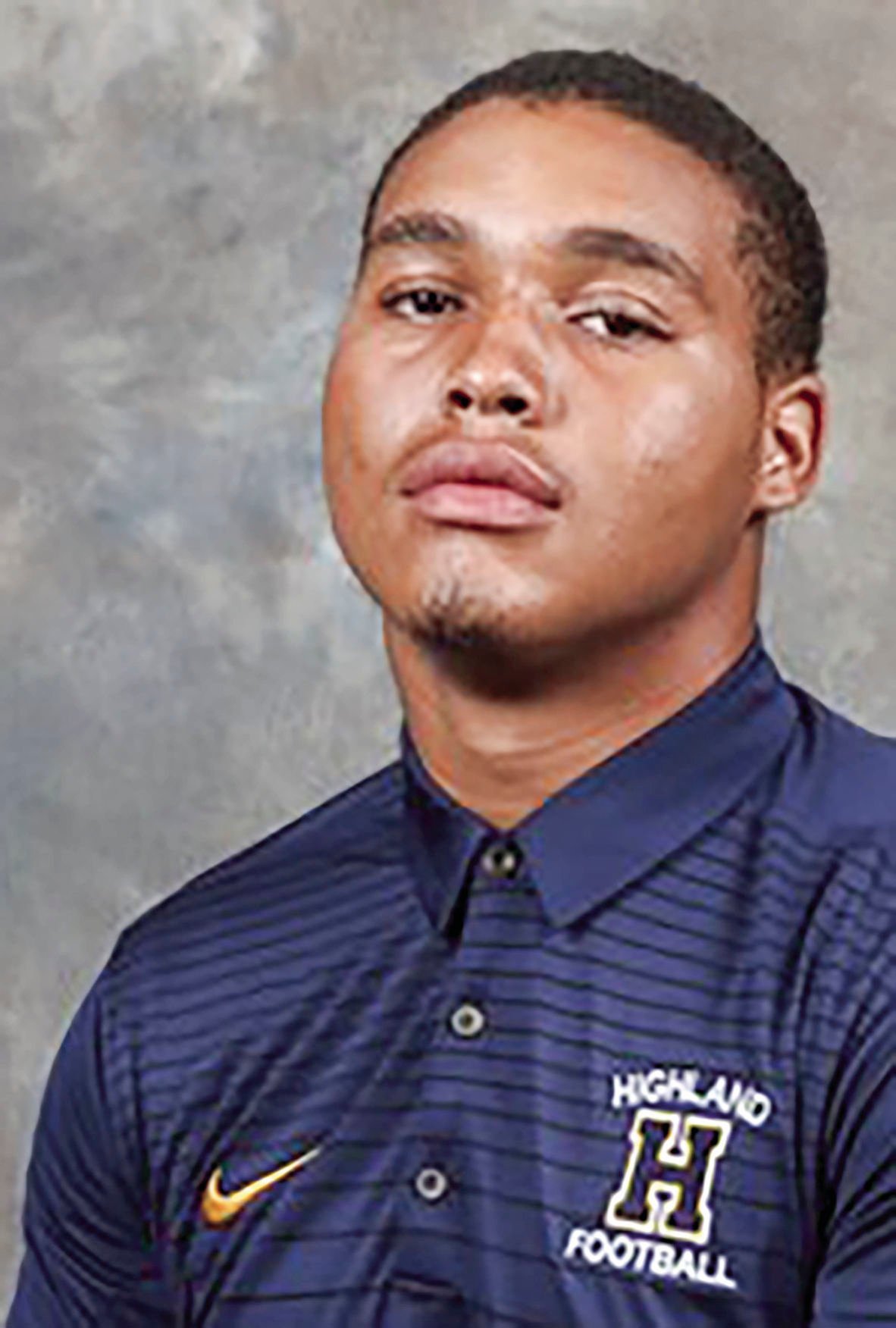 JOPLIN, Mo. — A black former football player for Highland Community College in Northeast Kansas is raising concerns about race relations on the campus in Highland.

A spokeswoman for the college — which has an overwhelming white majority among its student population of roughly 3,200, but has seen a significantly larger minority of black students attend in recent years — disputes the accusations.

Loren Young, who today attends and plays football for Missouri Southern State University in Joplin, Missouri, said that in 2017, during the roughly 11 months he attended school at Highland, he was involved in incidents with local authorities, including on-campus security. The problem is bad enough, Young said, that he advises black students who remain on campus to do what they can to avoid drawing official attention to themselves at all times.

At the same time Young is speaking out about his experiences, the Kansas NAACP is looking into a series of complaints from other current and former students alleging that their civil rights have been violated. Young said he hasn't yet made a report to the NAACP.

The college spokeswoman said that HCC considers the complaints to the NAACP to be primarily inspired by an "absolutely incorrect and unfounded outcry of racism." Young, however, emphasized that he has been convinced for some time that Highland isn't a good place for black students to attend; when the opportunity to transfer arose, he didn't hesitate.

"I loved playing in Highland," he said. "I just didn't love the people."

Highland President Deborah Fox, in a written statement, said the college has received no specific information as to the complaints made to the NAACP. Darrell Pope of Hutchinson, a member of the NAACP Kansas Legal Intervention Committee, declined to discuss those specifics, aside from the number and general nature of the cases he has received.

The college said Wednesday that it is cooperating with the inquiry. It cited the Federal Education Rights and Privacy Act (FERPA) as a current obstacle and said the college can't disclose student records without release forms from those affected.

"It is difficult to speak to allegations when given no context of events, limited information on the circumstances and without knowing who was involved, all while being subject to federal and state privacy laws," Fox said. “The college hopes to be provided the student FERPA release forms and statements of claims quickly in order to address the issues the NAACP is calling to our attention.”

Not from around here

Young said he felt upon arrival in Highland that, as a black man, he was not as welcome on campus as he should have been. Over time, Young reached his own conclusion that, as he sees it, campus leaders are determined to coerce most black students into transferring. In particular, he said the college targeted black student athletes who don't hail from Northeast Kansas.

"That's basically what they're trying to do to Highland," Young said. "They want to take all the minorities out and replace them."

Arnold, who has since entered the private sector, declined to comment. Voicemails left with Nordman, who now works for another college, received no reply.

Young, an Atlanta native, ultimately spent five days in the Doniphan County Jail, and paid more than $800 in fines. All of this trouble, Young said, is linked with traffic infractions and on-campus violations that Young asserts to have been contrived on the basis of his race.

When Highland's Jayhawk Conference changed its rules in 2016 to allow schools to recruit more out-of-state athletes, the black student population increased significantly; Young said the larger number of black students around campus became apparent in the middle of his two semesters of study. Simmering tensions on campus worsened at that time, according to Young.

He recalls instances in which he would awaken in the middle of the night to a disturbance and discover authorities searching his vehicle without his permission and without any cause that was explained to him. He said he believes support from the community has been lacking.

"I feel like it's just a smack in the face," Young said. "Cause like, 'Ya'll can support us, ya'll been supporting us in what we've been doing. Even the community, ya'll have been coming out to the games ... So, what's the issue now? (You've had) black players with dreadlocks and wicks (before), so it has to be something new ... It's just shocking, to be honest."

The college spokeswoman said that any student who finds themselves subject to academic discipline or other punitive measures has the right to appeal. Otherwise, the college said, it is not aware of specific "discrimination claims."

According to Kenya Cox, president of the Kansas NAACP, based in the Wichita area, and NAACP investigator Pope of Hutchinson, at least six well-documented complaints of civil rights violations on campus have been received from Kansas constituents in recent weeks.

Pope added that he has been made aware that other units of the NAACP have received a larger number of documented complaints, primarily from parents of students from out of state who attended HCC. Cox said that the Kansas NAACP intended to hold a conference call on Thursday with stakeholders in the organization's establishment for addressing civil rights violations.

Within a few weeks, Pope said, the NAACP will decide how the organization should proceed in addressing the HCC complaints. Pope, who is not an attorney, but regularly confers with NAACP counsel, said a lawsuit is "always a possibility."

"It's not entirely clear in terms of what direction we're going to go with what we've got," Pope said. "In the next few weeks, we'll develop a specific way forward."

Nurse practitioner: In 20 years, I've never seen it this bad

Marcus Clem can be reached via marcus.clem@atchisonglobenow.com.

Sorry, there are no recent results for popular images.