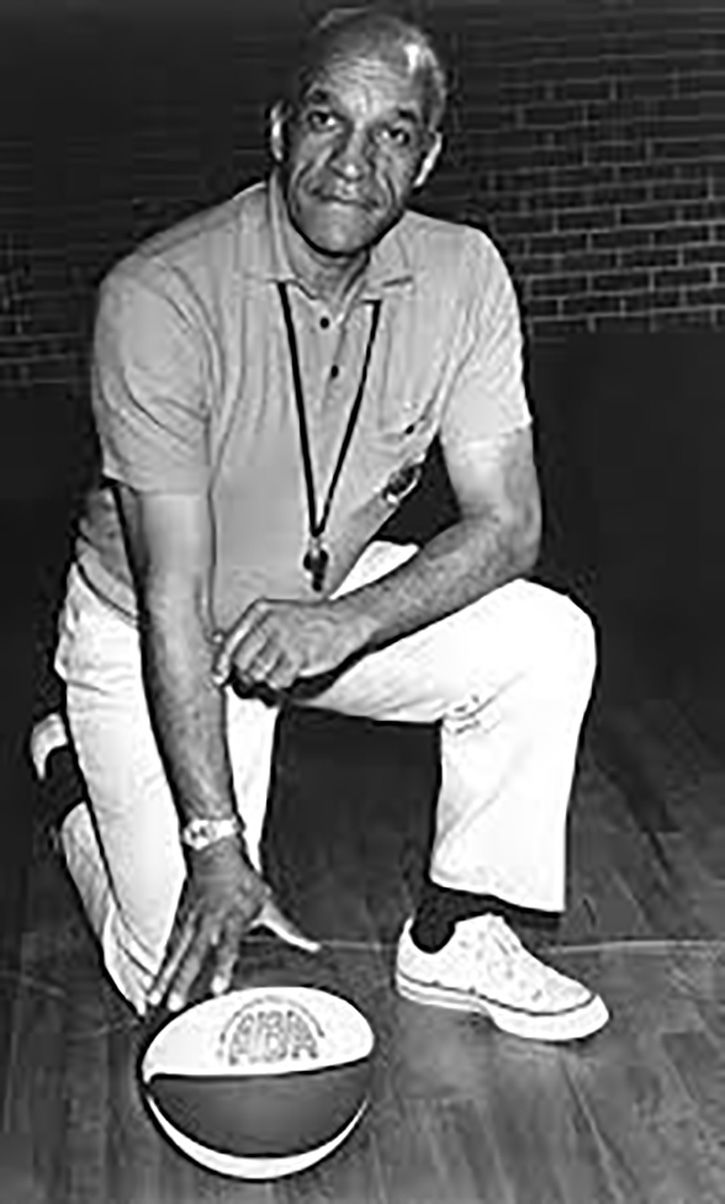 Pictured John Blanche McLendon Jr., a native of Hiawatha and a basketball coach who changed history. 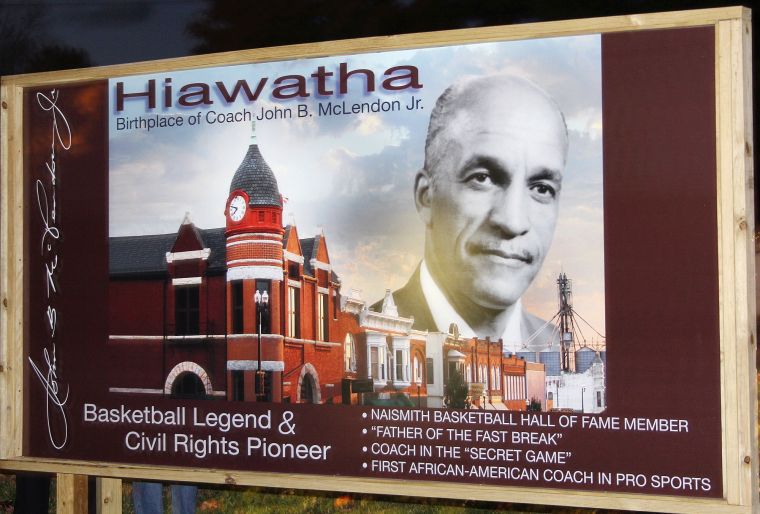 This is one of two signs, which tout Hiawatha as “Birthplace of Coach John B. McLendon Jr.” They are located in front of Hiawatha National Bank on First Street as well as near Wal-Mart on U.S. Highway 36.

Pictured John Blanche McLendon Jr., a native of Hiawatha and a basketball coach who changed history.

This is one of two signs, which tout Hiawatha as “Birthplace of Coach John B. McLendon Jr.” They are located in front of Hiawatha National Bank on First Street as well as near Wal-Mart on U.S. Highway 36.

As we wrap up Black History Month in February, it is only natural to recognize one of Hiawatha’s most well-known residents who was prominent not only in the game of basketball, but in the civil rights movement.

Hiawatha is proud to be the birthplace of Coach John McLendon, Jr. and in recognition of him, display a sign along US Highway 73 (First Street) near GNBank as well as along U.S. 36 Highway, near the West Oregon entrance into Hiawatha.

The signs honoring McLendon were erected in 2014, after a group of local residents and students led the effort to honor McLendon. Members of the community and honored guests that included family of McLendon were invited to an unveiling ceremony in his honor.

During the ceremony, several speakers recounted McLendon’s numerous contributions to the sport of basketball and to the civil rights movement.

Coach McLendon was born in Hiawatha in 1915 and was raised here for a brief period of his early life, until the death of his mother in 1918.

According to the Hiawatha World reportings of McLendon’s life, he fell in love with the game when he first caught a glimpse of an indoor basketball court while on a sixth-grade field trip. McLendon pursued his passion upon graduating high school, seeking out the tutelage of Dr. James Naismith, the sport’s inventor, in 1932 at the University of Kansas. While studying the sport at KU, McLendon became the first black member of the university’s student council. Because the KU varsity did not accept African American players at the time, McLendon was unable to suit up and play for the school.

According to Hiawatha World archives, following his time at KU, McLendon then went on to coach basketball, first at the high school, then at the college level. While coaching at the North Carolina College for Negroes, at a time when the game was segregated, McLendon organized what has become known as the first assimilated game in collegiate sports, the “Secret Game,” in which the white athletes of Duke University played against McLendon’s all-black team.

The game went poorly for the Duke team, who played in the traditional “up and down” style developed in the sport’s early years. McLendon, however, had pioneered a new style for the game, known as “fast-break,” in which players would work to get the ball to the other side of the court as quickly as possible, thereby dominating their opponent. McLendon’s team finished the contest at twice the points earned by Duke.

At Cleveland State University he was the first African American to ever coach at a predominantly white university. He later became the first African American coach in professional sports with the 1961 Cleveland Pipers. He was known as the architect of the “four corner” offense. McLendon was a life-long champion of diversity in education and athletics.

In 2007, Cleveland State University will debut the Cleveland State John McLendon Scholarship Series named in his honor. In 2021, McLendon was honored with the Theodore Roosevelt Award at the NCAA Convention.

Avlon: Here's what we know 100 days since the Capitol riot

'I can't answer that': Kentucky lawmaker responds to CNN on gun policy