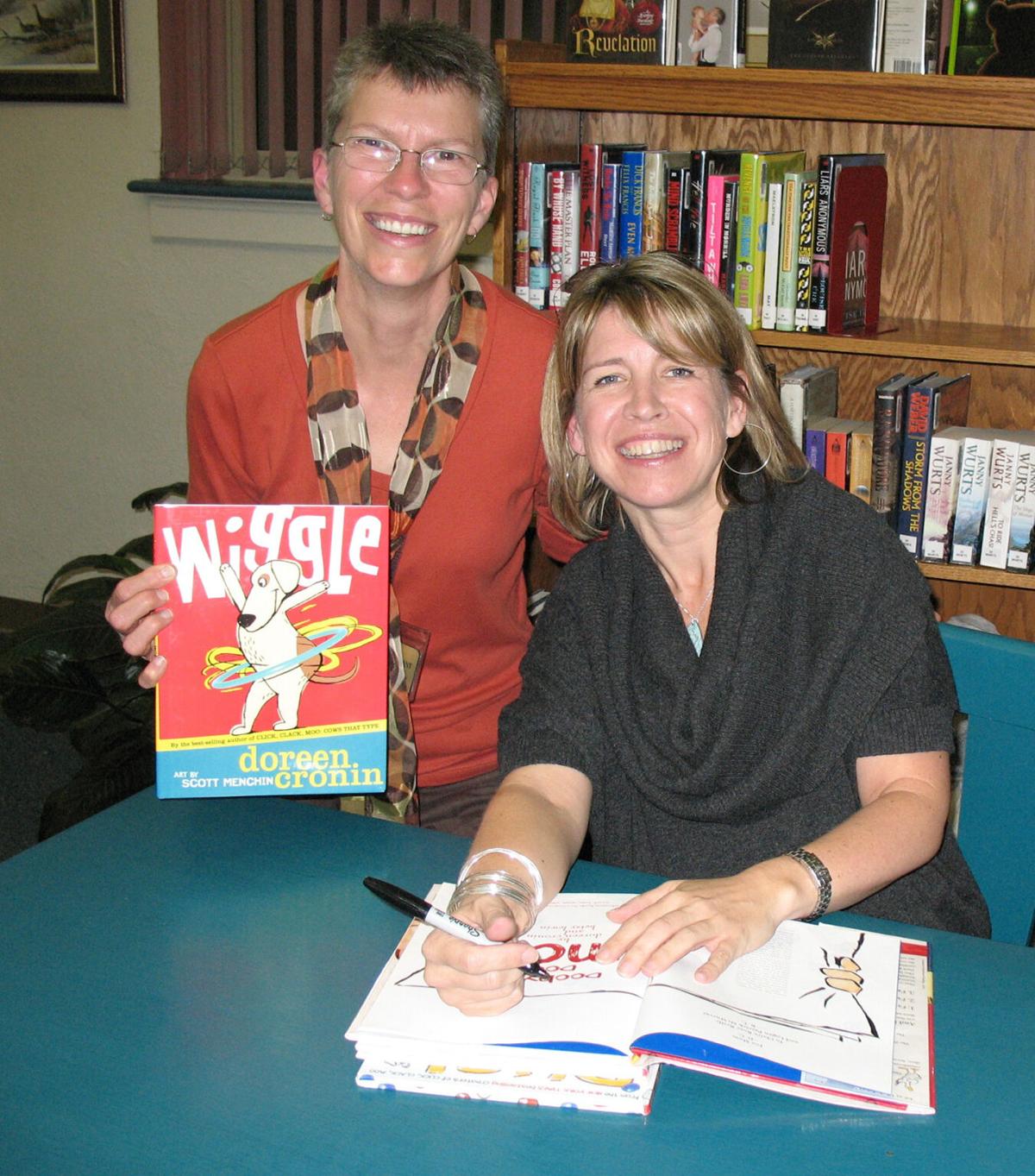 Susan Bryant with author Doreen Cronin when she visited for a special event during Kansas Reads to Preschoolers, 2009. 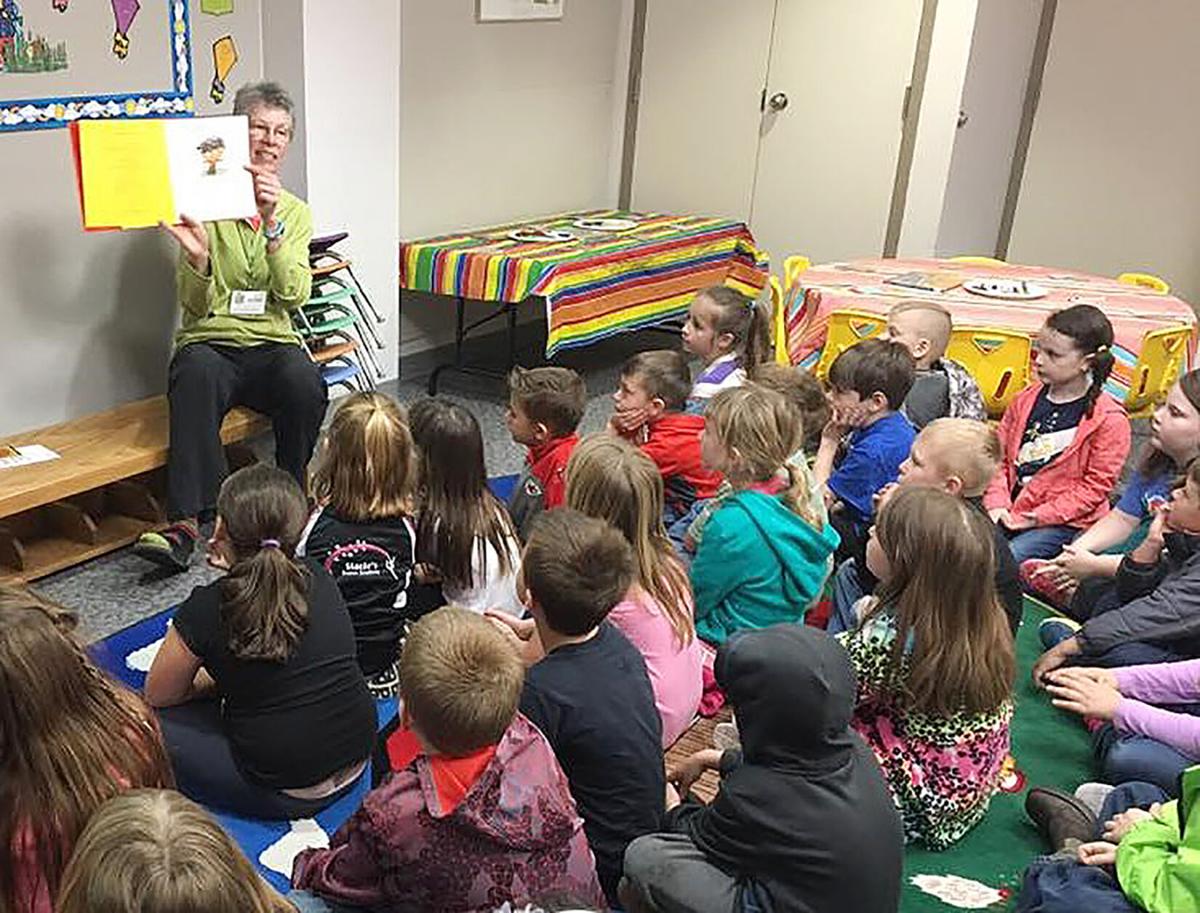 Susan Bryant leading Storytime with the 1st Graders in 2017. 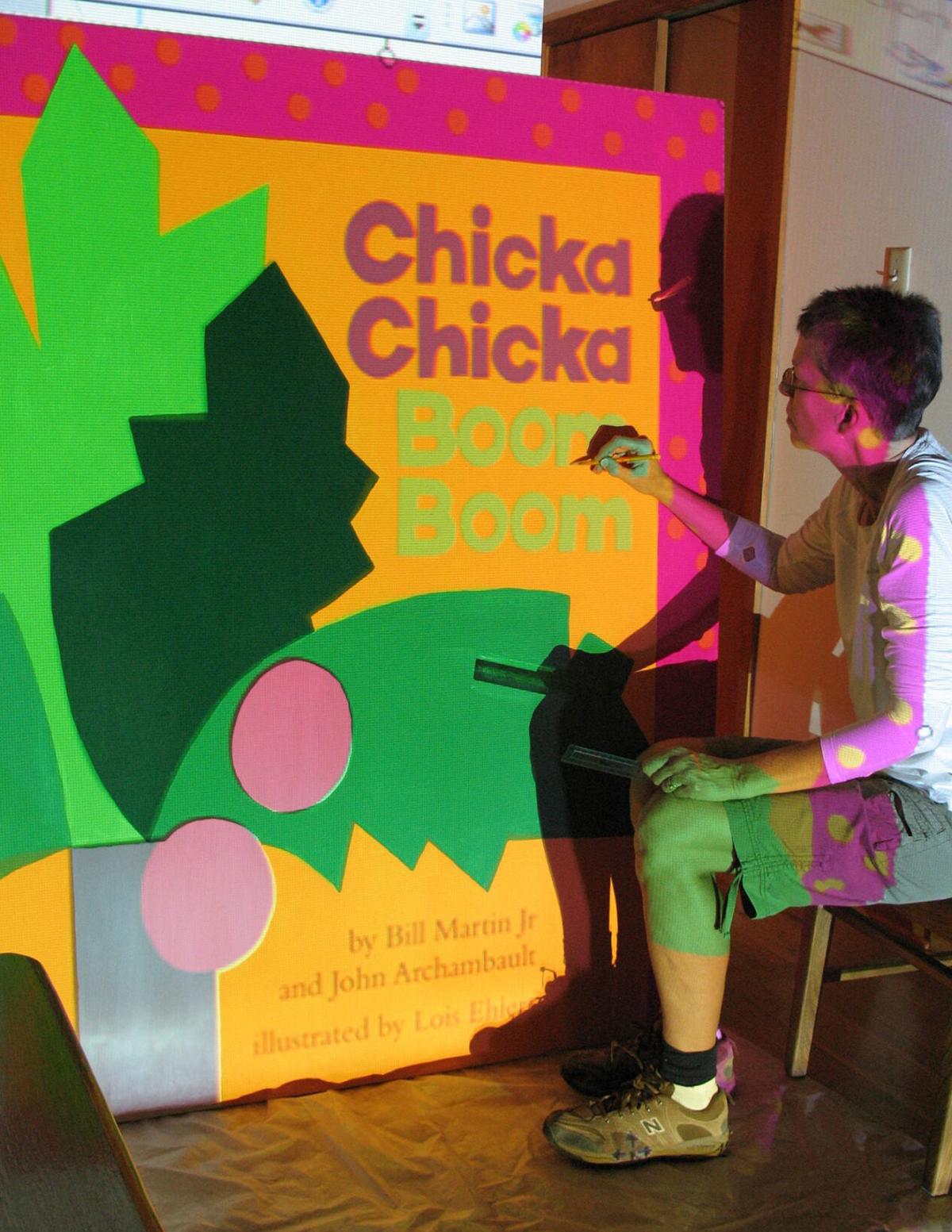 This photo shows Susan Bryant painting a giant version of the Chicka-Chicka-Boom-Boom book cover for the Kansas Reads to Preschooler celebration in 2011.

Susan Bryant with author Doreen Cronin when she visited for a special event during Kansas Reads to Preschoolers, 2009.

Susan Bryant leading Storytime with the 1st Graders in 2017.

This photo shows Susan Bryant painting a giant version of the Chicka-Chicka-Boom-Boom book cover for the Kansas Reads to Preschooler celebration in 2011.

Susan Bryant is retiring after nearly a quarter of a century of building relationships with the public at the Morrill Public Library.

Bryant said she was driving back and forth to St. Joseph, Mo., as a grant writer and it got to where she couldn’t face another winter driving back and forth. She and her husband, Greg — who retired just last year after teaching many years at Highland Community College — reside just outside of Robinson in Brown County.

A part-time position opened up at the Morrill Public Library and Bryant thought it seemed the perfect change of pace for her — and a shorter commute.

The position was for the main library desk, two nights a week. This was 23 years ago and Bryant said she had no idea what sort of adventure was in store for her then.

“Over the years, my position sort of grew,” she said with a smile. “I just kept developing more hours.”

Bryant said at the time, there was a lapse with the children’s regular Storytime, so she decided to start that again.

“I wasn’t really sure how to do it, but said I would try,” she said. “After that I really got into children’s programming.”

Bryant said part of her duties expanded to include the Summer Reading Program and even adult programming. She also offered tech help as the world of technology and libraries expanded, including in recent years helping library patrons with online digital libraries in Northeast Kansas.

“Over time, computers have gotten much easier and we were able to help people just walking in on the fly,” she said.

Part of her job at the library has involved making relationships — not only with her co-workers, but the many, many library patrons, board members and the Friends of the Library — who support the library with fundraisers and other ways. Bryant said it’s been great getting to meet so many people from different walks of life and also very interesting in helping them solve their problems.

“We get so many people asking for help, questions and problems, that we help out,” she said. “Each day offered something different.”

Bryant said the problem-solving is what she really liked about customer service — in addition to getting to know the library patrons.

“Often times I would end up learning something too,” she said.

Bryant’s other roles at the library included Outreach Librarian, which also included duties such as planning programming at the library. She started Culinary Quests — a monthly group that met to expand their horizons on food offered around the world.

The year 2020 brought a whole different aspect to servicing patrons at the library, Bryant said. A major renovation project started at the beginning of the year and for a while portions of the library remained open. However, by March COVID-19 had become a serious issue in the community, so the library closed it’s doors — which allowed easier access for contractors.

While the doors remained closed, Bryant said services continued. She and other library employees brainstormed to offer more virtual and online services — including Storytime, which was also held outdoors at the Ag Museum this past summer.

They offered delivery services for homebound and patrons living in assisted living and at the nursing homes. She said their digital library usage expanded as well and she was happy to help local residents learn more about utilizing this on their tablets and computers. In addition, technology help is still being offered and the library has provided curbside book check-outs.

While Bryant didn’t anticipate the end of her library career to look exactly as it does with the Coronavirus pandemic in full swing, she has embraced this year of challenges as have all of the other library employees.

Plans for retirement include hopefully a little travel — depending upon COVID restrictions — and some projects at home. She said her nephew and his wife are having a baby, so she has a quilt project first on her list!

“This job has suited me very well,” Bryant said. “I really liked the creative parts of it and the organizational parts of it. I like to help people solve their problems. I met so many people and made so many connections. I am so grateful for that.”

The Friends of the Library are sponsoring a card shower for Bryant — whose last day will be on her 65th birthday — which is Thursday, Sept. 24. Cards of well wishes and with memories can be sent to Bryant, c/o the Morrill Public Library, 431 Oregon St., Hiawatha.

Fareed Zakaria: This is why Trump will lose 2020 election ...

Sarah Lezito, the stunt rider who wants to see more women in motorcycling