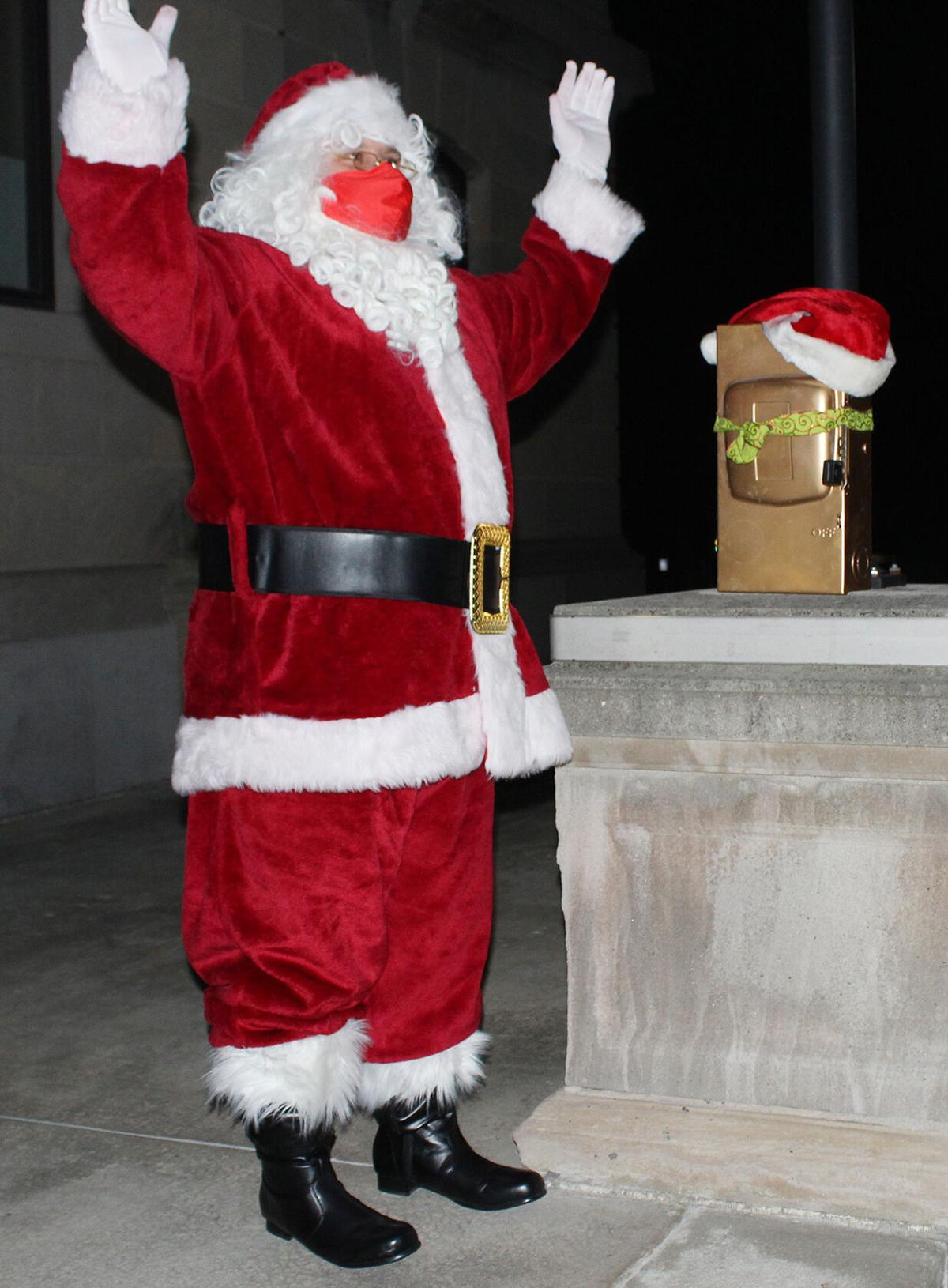 Santa throws his arms in the air to celebrate the turning on of the downtown lights Monday. 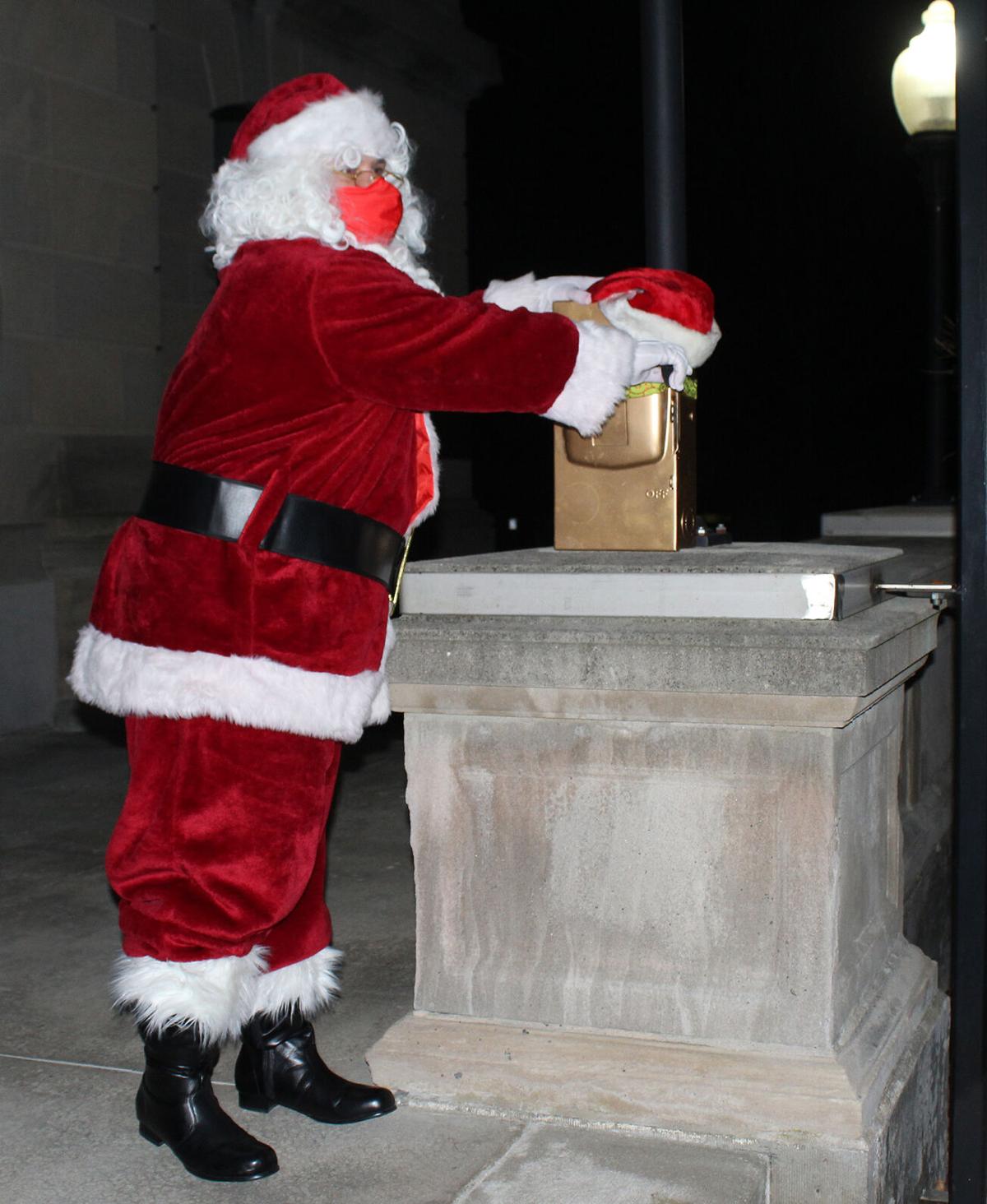 Santa gets ready to flip the switch on the downtown lights Monday night in honor of "Every child in Hiawatha!" 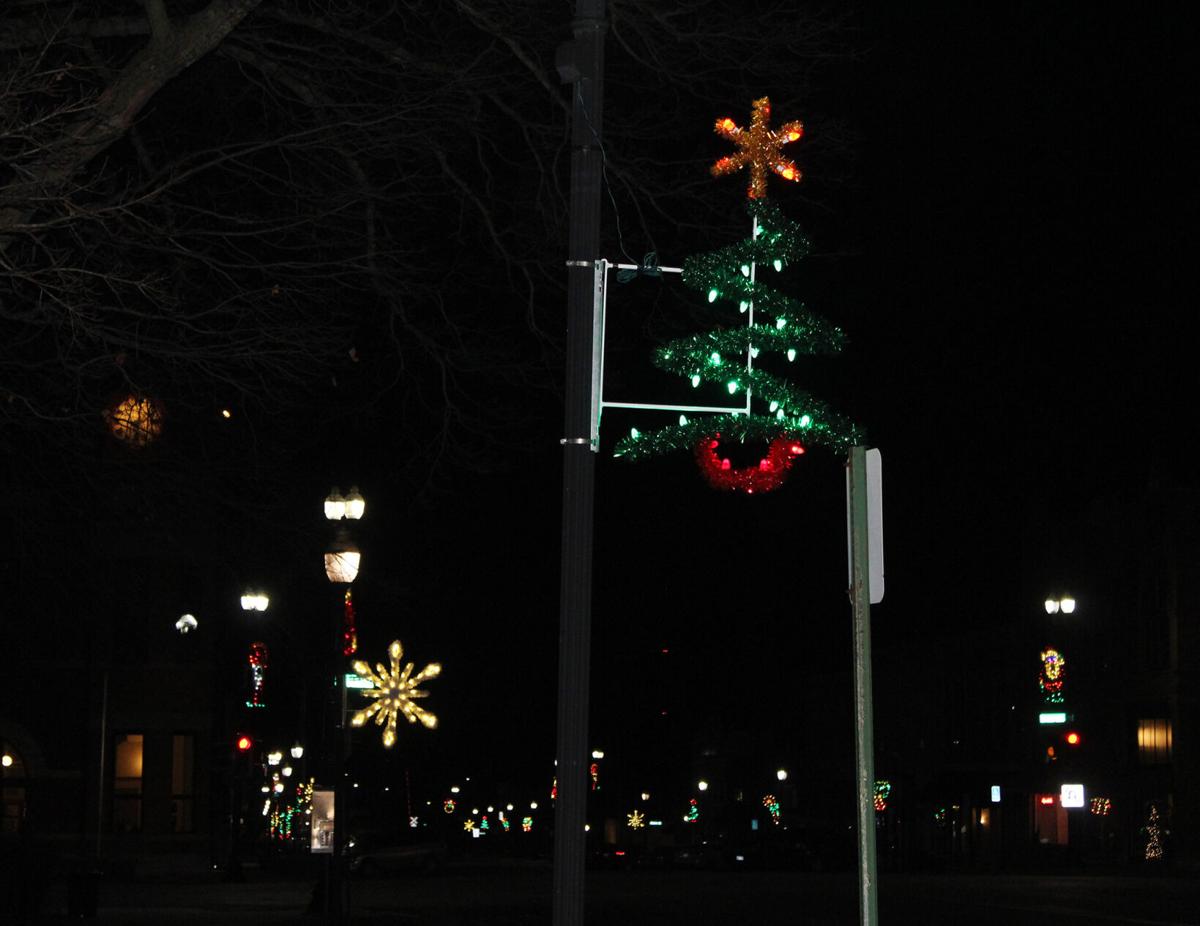 The Christmas lights lit up downtown Hiawatha after the lighting Monday. 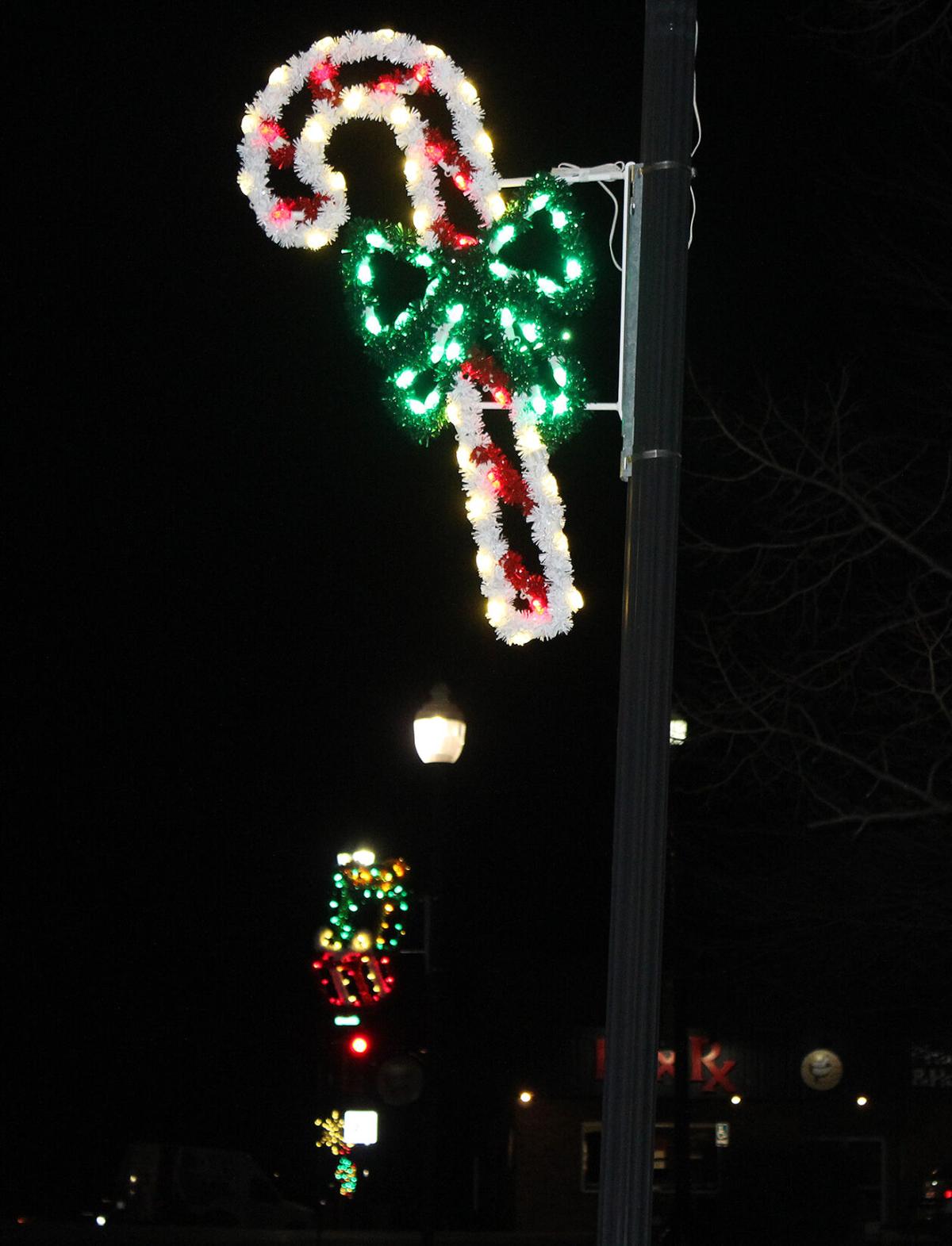 The downtown lights in Hiawatha were turned on Monday night.

Santa throws his arms in the air to celebrate the turning on of the downtown lights Monday.

Santa gets ready to flip the switch on the downtown lights Monday night in honor of "Every child in Hiawatha!"

The Christmas lights lit up downtown Hiawatha after the lighting Monday.

The downtown lights in Hiawatha were turned on Monday night.

In Hiawatha, the Junior Master of Ceremony was “Every Child in Hiawatha” so in honor of all of the children, Santa Claus flipped the switch on the downtown lights in Hiawatha Monday night.

The event was aired live over the Hiawatha Chamber and Visitor Bureau’s Facebook and as the countdown hit No. 1, each child was supposed to click on the “Love” button and Santa turned on the lights.

Merry and Bright Night: Hiawatha Chamber Administrator Sarah Kleopfer said the HCVB has decided we need some definite holiday cheer and is asking local residents to go all out this year with decorations and Christmas lights and so far approximately 35 homes and businesses have called in to the Chamber office to have their location placed on the map for Merry and Bright Night.

The HCVB will create a map and on Saturday, Dec. 19, they are asking those signed up to have their lights on and decorations out from 6-9:30 p.m. Follow the map around the community and turn on some Christmas tunes while you are at it!

Anyone who doesn’t have lights but want to add to the cheer can still sign up and place a Santa in their windows for people to spy as they travel around the community. The HCVB welcomes lights and displays in the country as well.

Kleopfer said this is not a contest, just a way to spread some cheer. Sign up by Wednesday, Dec. 16 to be on the map, which will be posted on the HCVB social media and available for pick up at the office.

Shop Local: The HCVB is also sponsoring the Shop Local campaign at participating businesses. Earn tickets for each $10 spent and be entered in a drawing to win up one of two prizes – a $700 grand prize and a $400 second-place prize. Participating businesses are Bling on the Nails/Mane Street Salon, Hometown Furniture, Just For You Jewelry and Gifts, Kex Rx Pharmacy, Kooser’s General Store, Mainstreet Flower Shoppe, Sarah Kathryn’s, Tice Health Mart, Tres Soles Salon, Up Cycle, Wright’s Eclectibles.

The HCVB is also collecting donations of Christmas lights to decorate a large community tree. The HCVB also has Chamber Bucks available for purchase to be used as gifts this holiday season. Contact the HCVB for more information or with any questions by calling 742-7136 or by emailing hiawathachamber@rainbowtel.net.

Myleene Klass: I suffered a miscarriage on my radio show

'A force to be reckoned with': Heartbroken Caprice loses her beloved grandma to Covid-19

Rebel Wilson was kidnapped in Africa