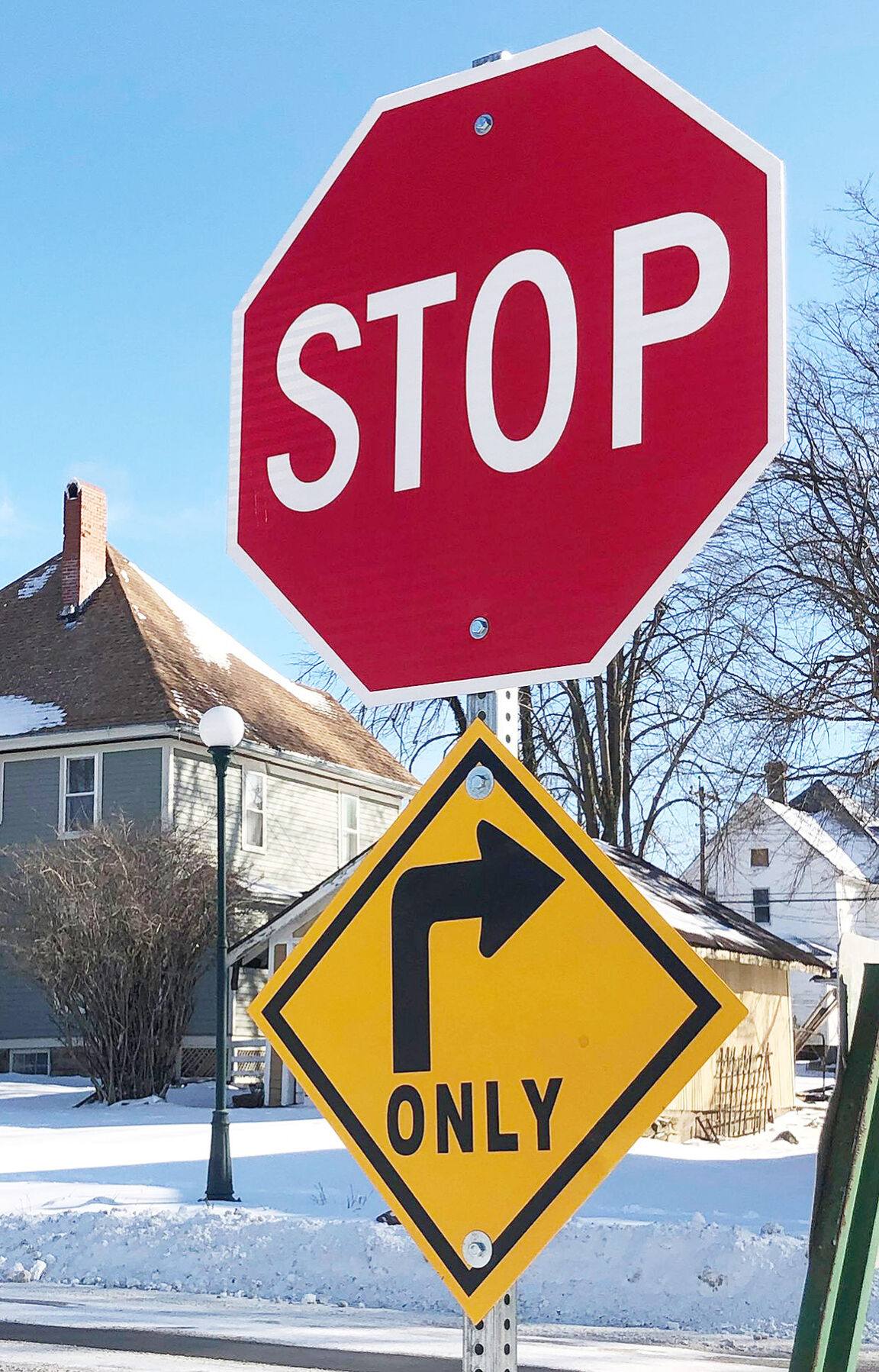 This sign stipulates a right turn only coming out of the Hiawatha Elementary School drive to make the flow of traffic less congested. 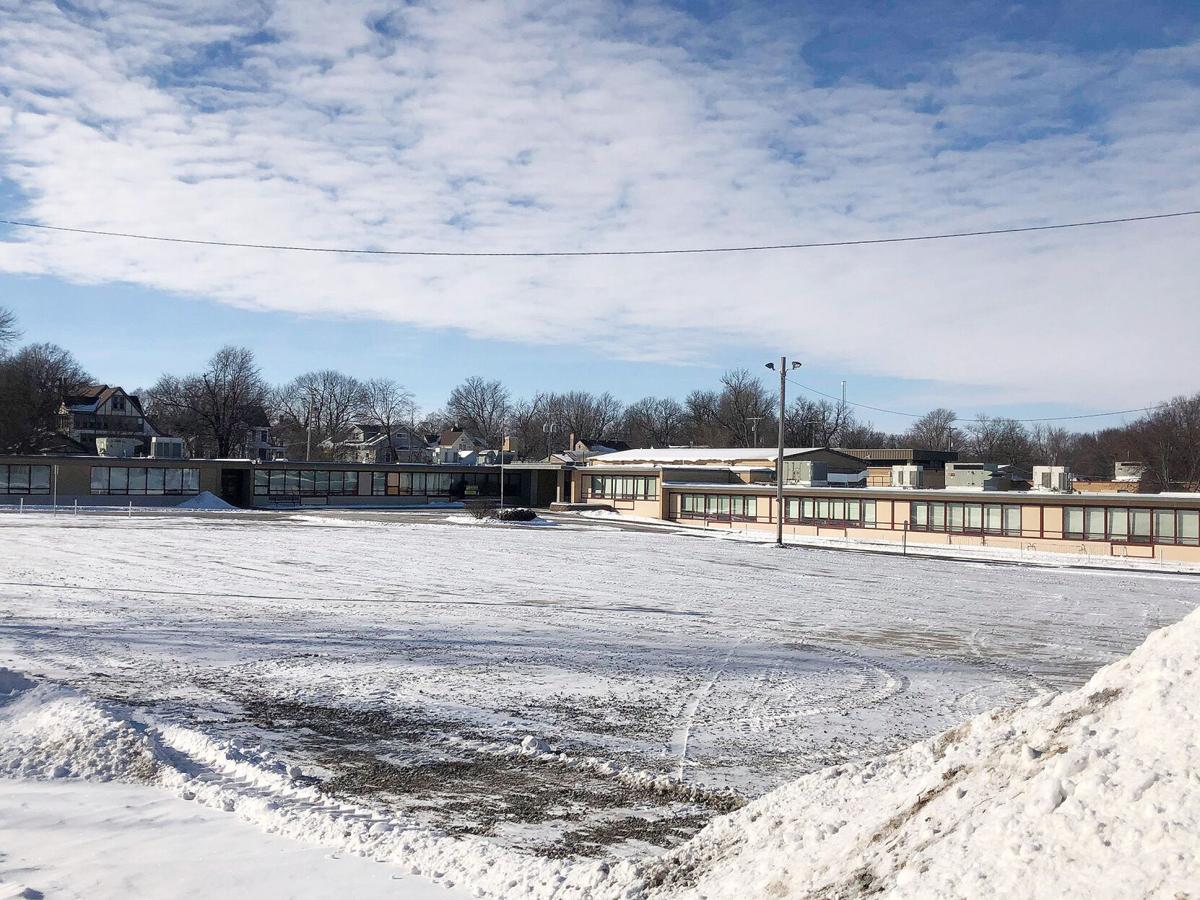 The Hiawatha School Board voted Tuesday to move forward on improvements to the elementary school parking lots and drive.

This sign stipulates a right turn only coming out of the Hiawatha Elementary School drive to make the flow of traffic less congested.

The Hiawatha School Board voted Tuesday to move forward on improvements to the elementary school parking lots and drive.

These improvements include a separate exit, a revised driving lane that will no longer be two-way and islands and parking spaces for parked cars.

At the last couple of regular monthly meetings, a few board members expressed concern over the flow of traffic at the elementary and some said they had been contacted by numerous parents with concern.

The current entry drive comes off of Miami Street on the east edge of the property and offers two lanes — one for circling around for drop offs in front of the schools and around the flagpole, then the other flows the traffic away from in front of the school. Drivers can also currently continue past the flagpole and enter the parking lot, then leave by way of another exit on the east side of the parking lot that flows back into the “out” lane.

The school recently posted signs that specified “right turns only” out of the exit lane to mitigate the flow of traffic, however there are still issues with cars getting backed up.

The buses have their own lane along Miami Street and do not have to travel through the drive, something that had been added as the city completed the Miami Street replacement project a few years ago.

After discussions about some potential alternatives to improve the flow of traffic, board members asked District Maintenance Director Chris Morey to come up with a drawing that detailed a way staff and parents could enter the parking lot without having to circle through the drive and get caught up in the flow of traffic from parents dropping off students. In addition, board members wanted to explore the possibilities of adding an additional exit from the parking lot.

After getting input from board member Ian Schuetz, Superintendent Lonnie Moser and Principal Paul Carver, Morey presented a drawing at Tuesday morning’s meeting that offered all of those choices.

The proposal was for the drive to be turned back into a one-lane one-way drive once again — reverting back to how it used to be. The drive would circle around the flagpole to enter the south end of the parking lot and the flow of traffic will continue to the east where an exit will be created that flows traffic out onto Miami Street. Left turns out onto Miami Street will not be allowed — as this will cause a back up of traffic if drivers are trying to exit the parking lot against the flow of traffic.

In addition, drivers can pull into the parking lot from the east side of the entrance drive, but cannot exit there any longer.

Morey said this exit will take up a small portion of the bus lane, but thought it would not impede the bus traffic too much. However traffic exiting the parking lot will have to be aware of buses pulling into their lane along Miami in the morning to drop off kids before 8 a.m. and also for pickup starting at 3:20 p.m. By 3:25 p.m. buses are usually pulling out and heading south along Sixth Street to circle around Iowa for pickups at the middle and high schools.

In addition, the plan is for the parking lot will offer islands between parking sections and marked parking stalls, along with a chip and seal surface. The islands will provide more safety for children walking toward the building from parked vehicles. In addition, there will be a platform at the west edge of the parking lot and a new crosswalk for children to wait to cross traffic to the school.

Moser said the school district may need help from the city to enforce the right turn only” protocol exiting the parking lot. Carver said since the sign has been installed the number of cars trying to turn left have decreased significantly.

The board voted 6-0 (board member Amy Kopp was absent) to approve a drawing of proposed changes to the parking lot and solicit bids with the following amendments to the drawing: the east side of the drive will change from one lane to two lanes. Traffic will exit from the parking lot right only on to Miami Street. Bid to include grading, electrical and concrete work needed to complete the proposed changes. The chip and seal surface will be completed following all other work by country crews.

Fauci: CDC will have guidelines for vaccinated people in 'the next few weeks'

Ask Matt: Will the Future of ‘Grey’s Anatomy’ Be Decided Sooner Rather Than Later?