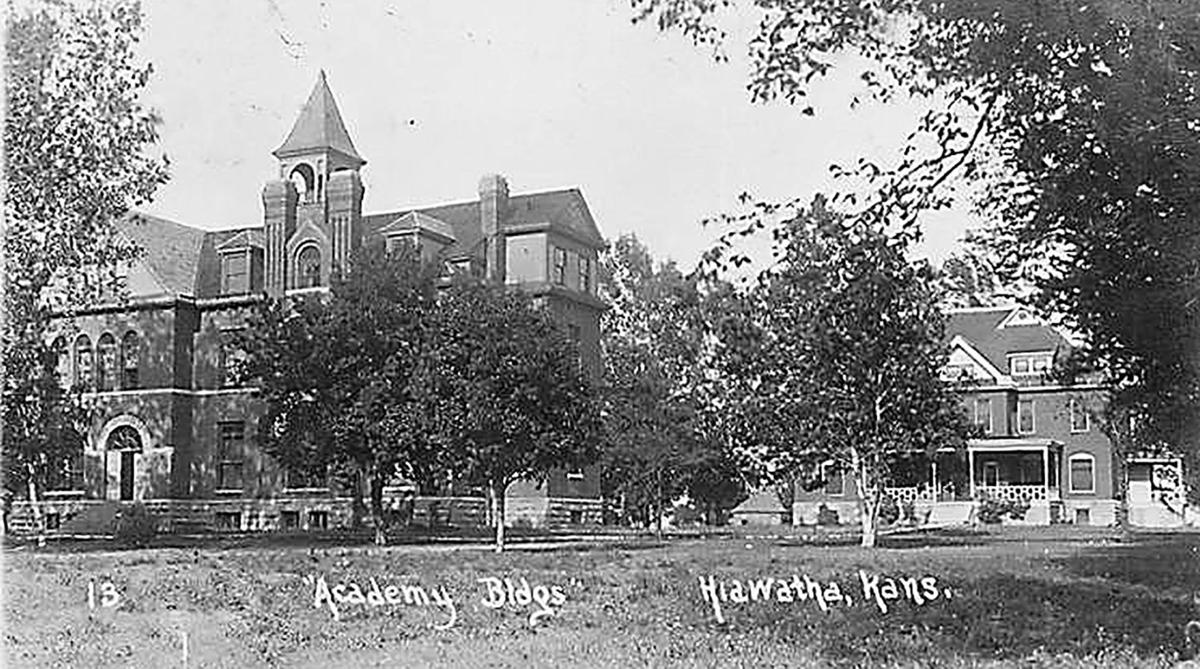 The Hiawatha Academy buildings included the Hawthorne House to the right — which is where the school administrator resided. 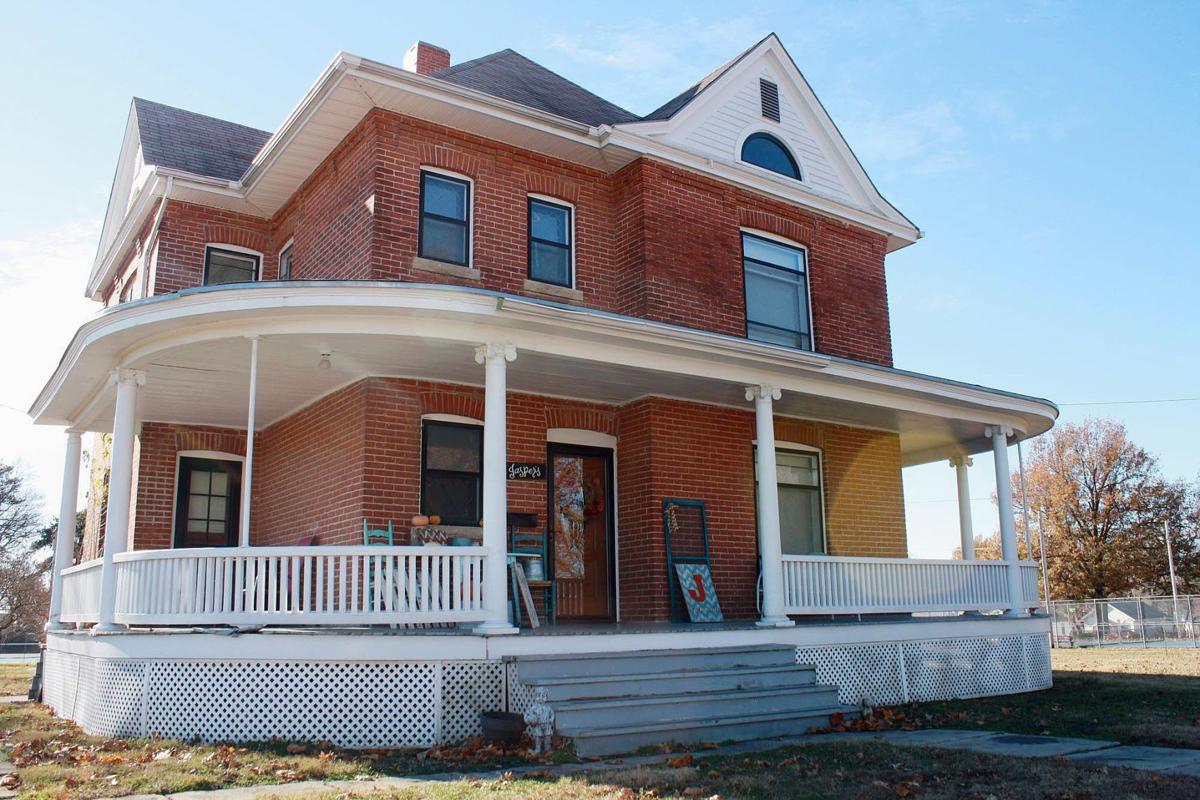 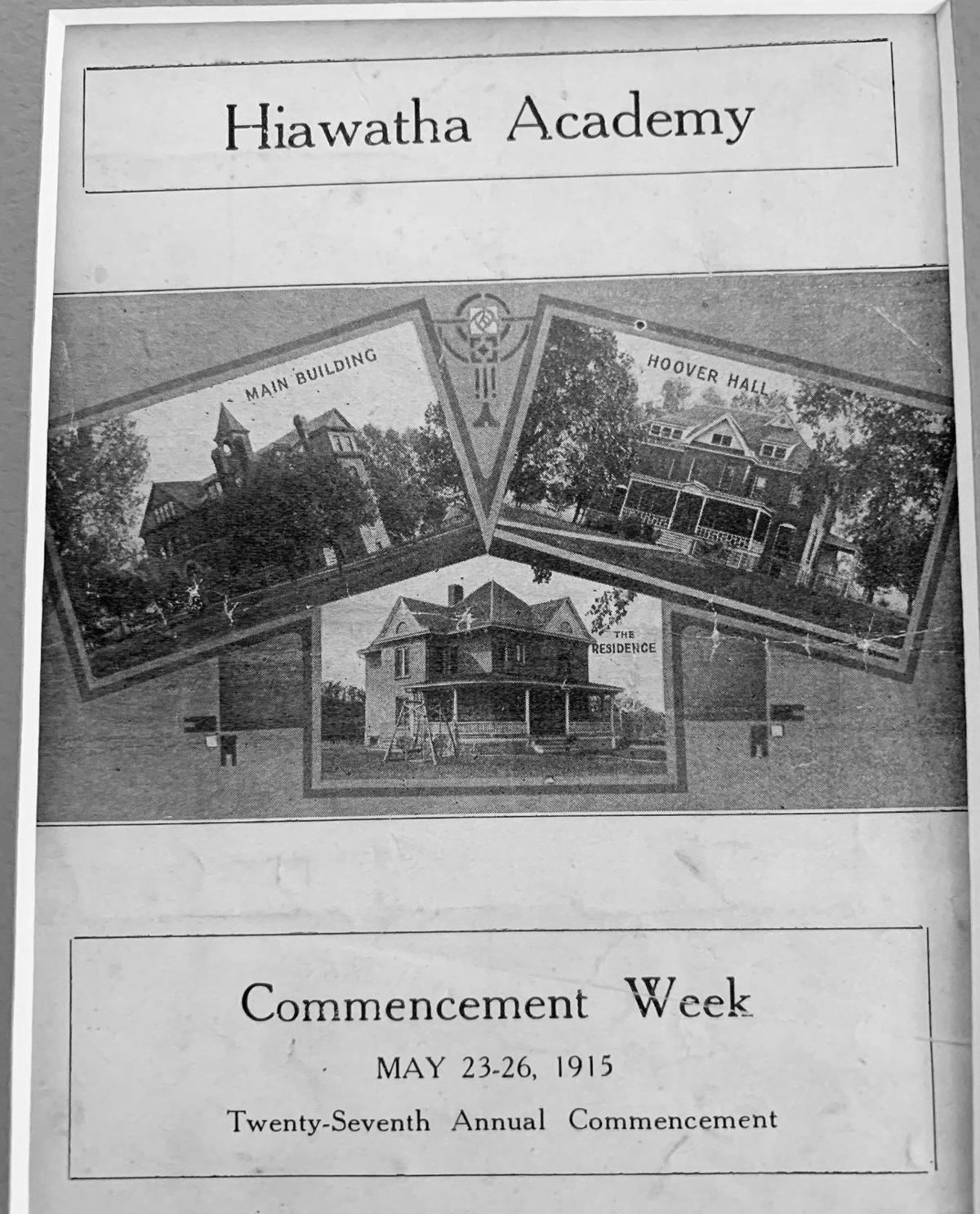 The program from 1915 shows photographs of the main building of the Hiawatha Academy, Hoover Hall — which served as a dormitory — and Hawthorne House (bottom), which served as a residence for school administration — mostly the principal of the Academy.

The Hiawatha Academy buildings included the Hawthorne House to the right — which is where the school administrator resided.

The program from 1915 shows photographs of the main building of the Hiawatha Academy, Hoover Hall — which served as a dormitory — and Hawthorne House (bottom), which served as a residence for school administration — mostly the principal of the Academy.

Hawthorne House is the last remaining tangible piece of history that once was the Hiawatha Academy.

Located on USD 415 Hiawatha School District property east of the tennis courts, this brick home once served as the residence of the administrator of the Hiawatha Academy.

Built in 1908 on land given by E.N. Morrill and his wife Carrie with the intent it would always and forever be used for educational purposes, Hawthorne House was used as housing for administration in the early 1900s for the Hiawatha Academy.

According to the agreement between Mr. Morrill and the School District, the land must always remain school property. However, the home has some renovations needed and these were brought up for discussion again at Monday night’s regular School Board meeting as the district continues to ponder what to do with the home.

According to the agreement, the home does not need to be kept on the land. It could be given away and moved, or torn down if the district did not have a useful need for it. The past several decades, the house has been rented to district staff — with an approximate rent collected of $500 monthly in recent years.

District Maintenance Director Chris Morey reported back to the school board Monday night with some information about renovations that would be needed on Hawthorne House before the district could rent it out again — if that was the final decision. The School Board had been evaluating what to do with the house for the past several months after the last tenants vacated in early summer.

Morey said the heating and cooling units were installed in the 1990s — which was also when some other work was done on the house by the school’s home remodeling class at the time. He said the inspectors said the HVAC units were old, but were working well and told the board that if they decided to go ahead with other repairs it might not be a bad idea to update the units. Some carpet would need replaced and painting done.

Morey said some of the work could be completed by district maintenance staff, while more major renovations would have to be bid out.

Board members agreed that the $500 a month collected in rent wouldn’t cover the cost of the renovations and some felt the district had enough on its plate without worrying about the upkeep of a rental home.

Board member Ian Schuetz pointed out that as long as the district did own the house, they needed to be good stewards of the property. He also said that the house could be given away with the stipulation that it would have to be moved off the property.

Schuetz also suggested the board members think about potential uses for the House that did not include renting it out as a home of a staff member.

Board members suggested Morey re-evaluate the list of repairs to determine what was essential to stabilize the house in the coming months and determine estimates on costs to return with more information at the February meeting.

Trump opponents celebrate as he moves out of White House

Scenes from the unprecedented security around Capitol Hill