Sign Up
Log In
Purchase a Subscription
You are the owner of this article.
Edit Article Add New Article
You have permission to edit this article.
Edit
Home
eEdition
News
Schools
Sports
Obituaries
Opinion
Hometown
Special Sections
Multimedia
Marketplace
Celebrations
1 of 8 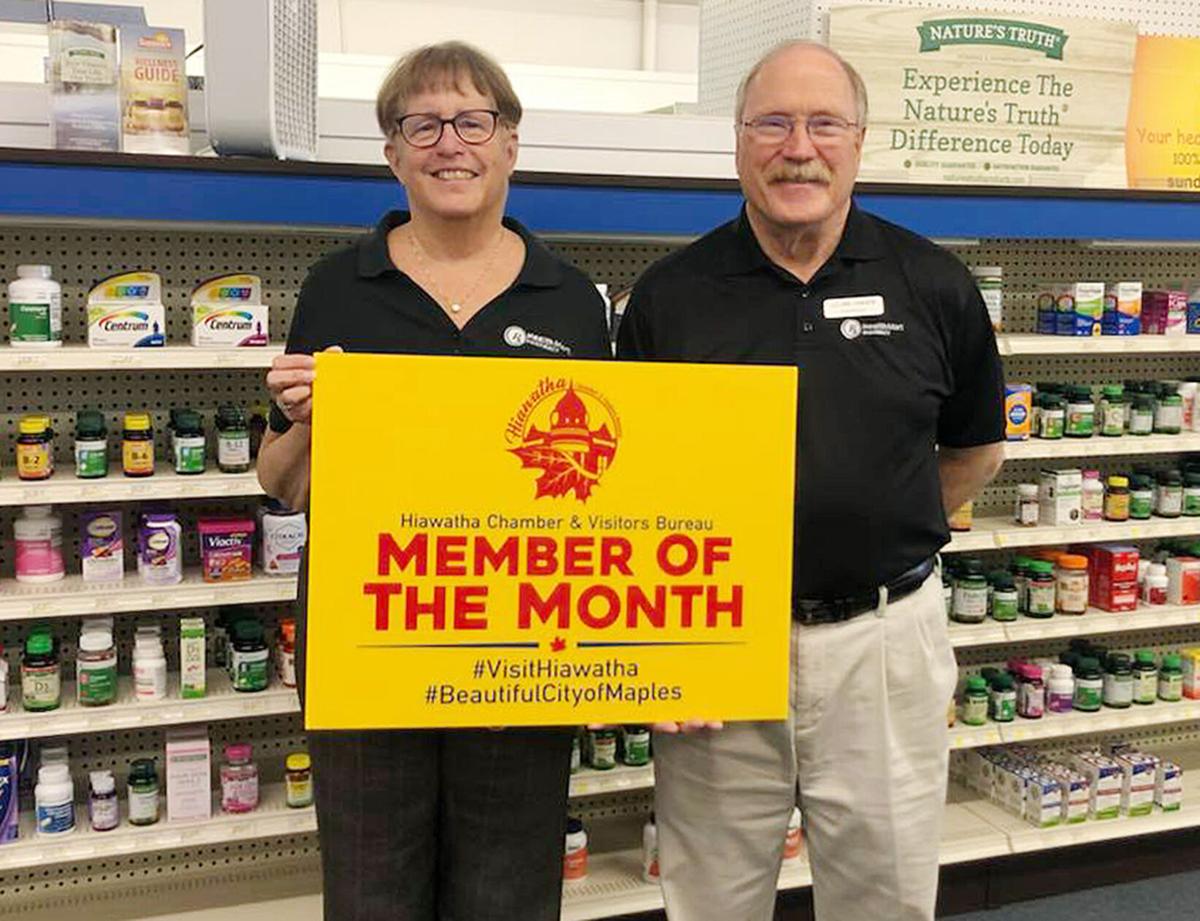 Debbie and Leland Hansen receiving the HCVB Member of the Month award in February. 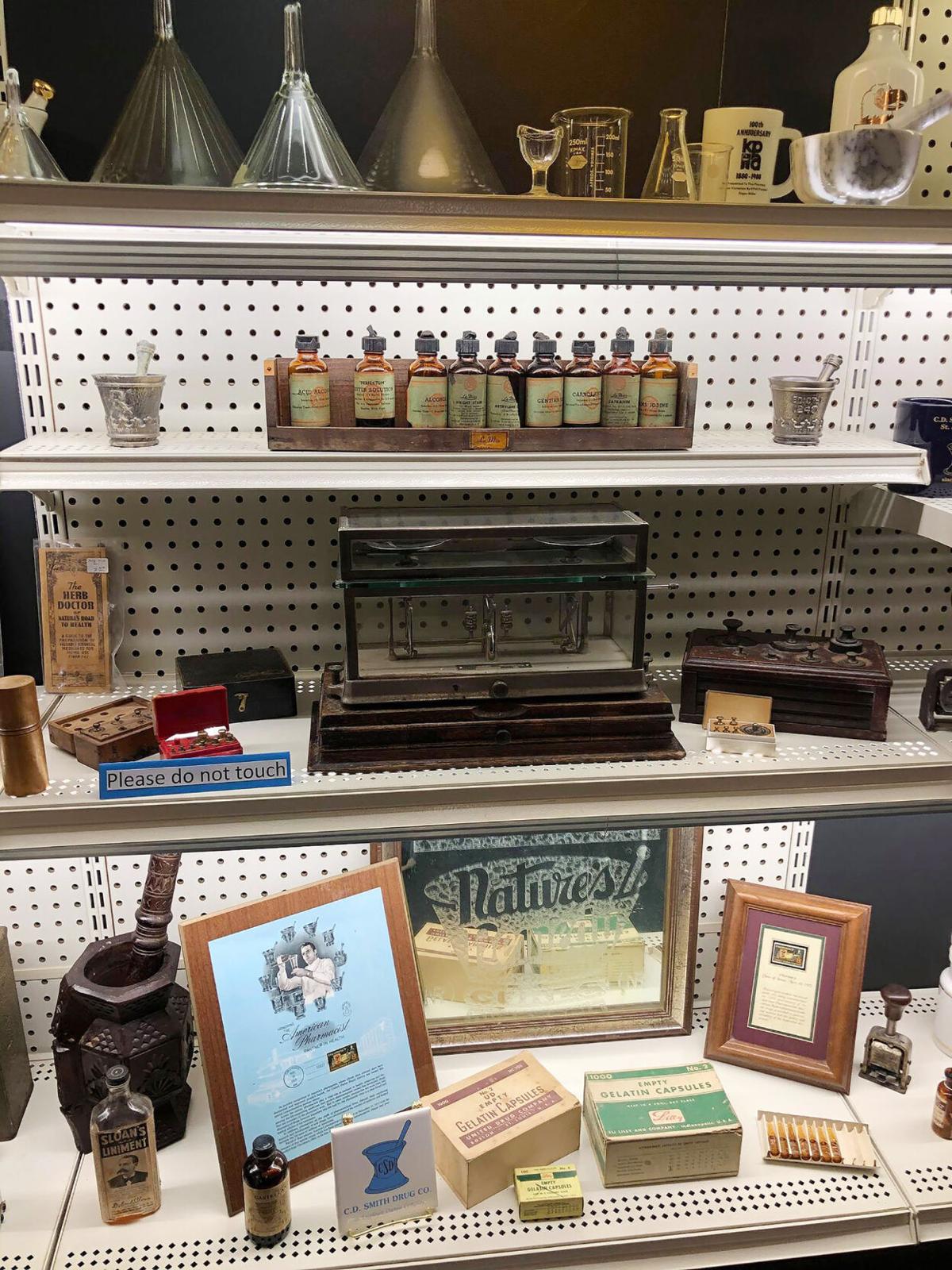 An apothecary display at Tice Healthmart showed items that were from Leland Hansen’s own collection and some from previous pharmacists who operated at the same location. 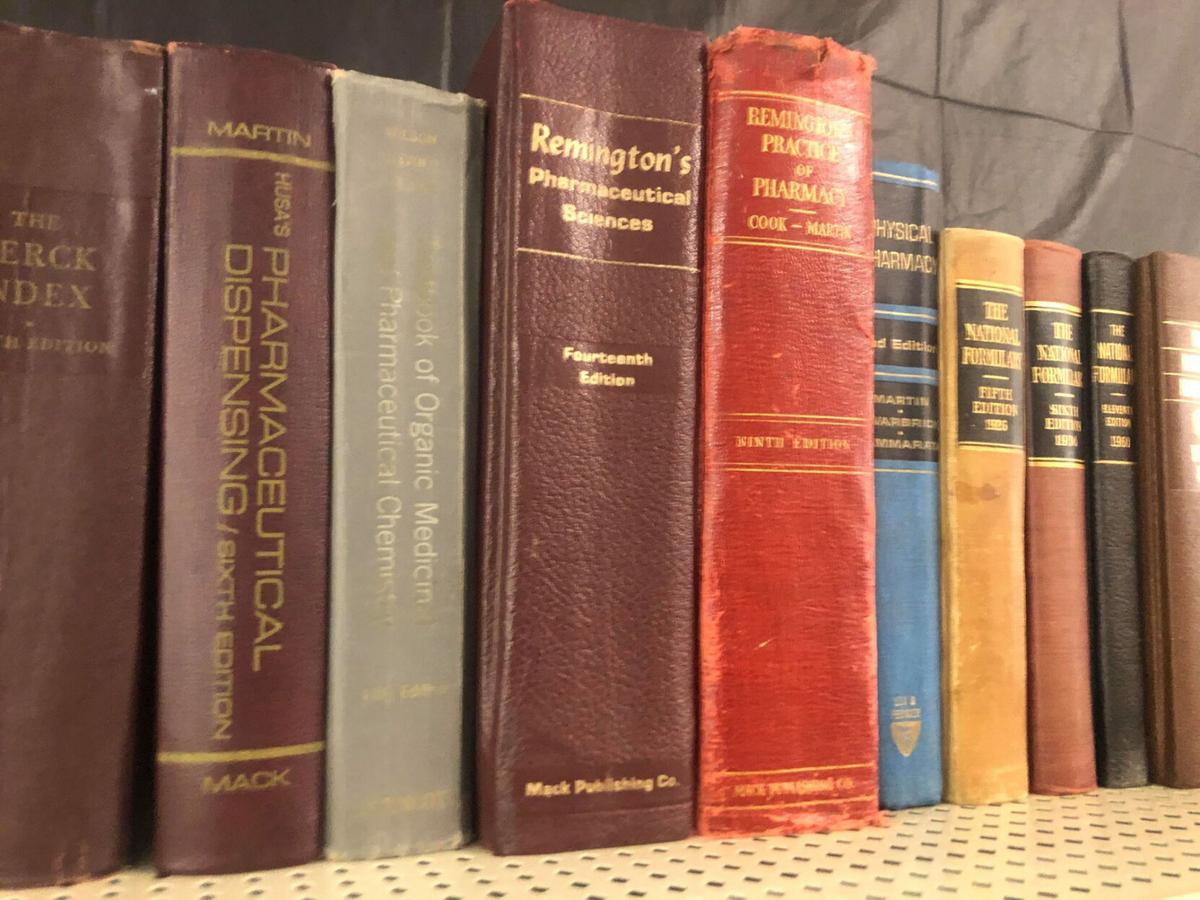 Apothecary reference books and other resources — some from Hansen’s private collection and others that were found at the drug store. 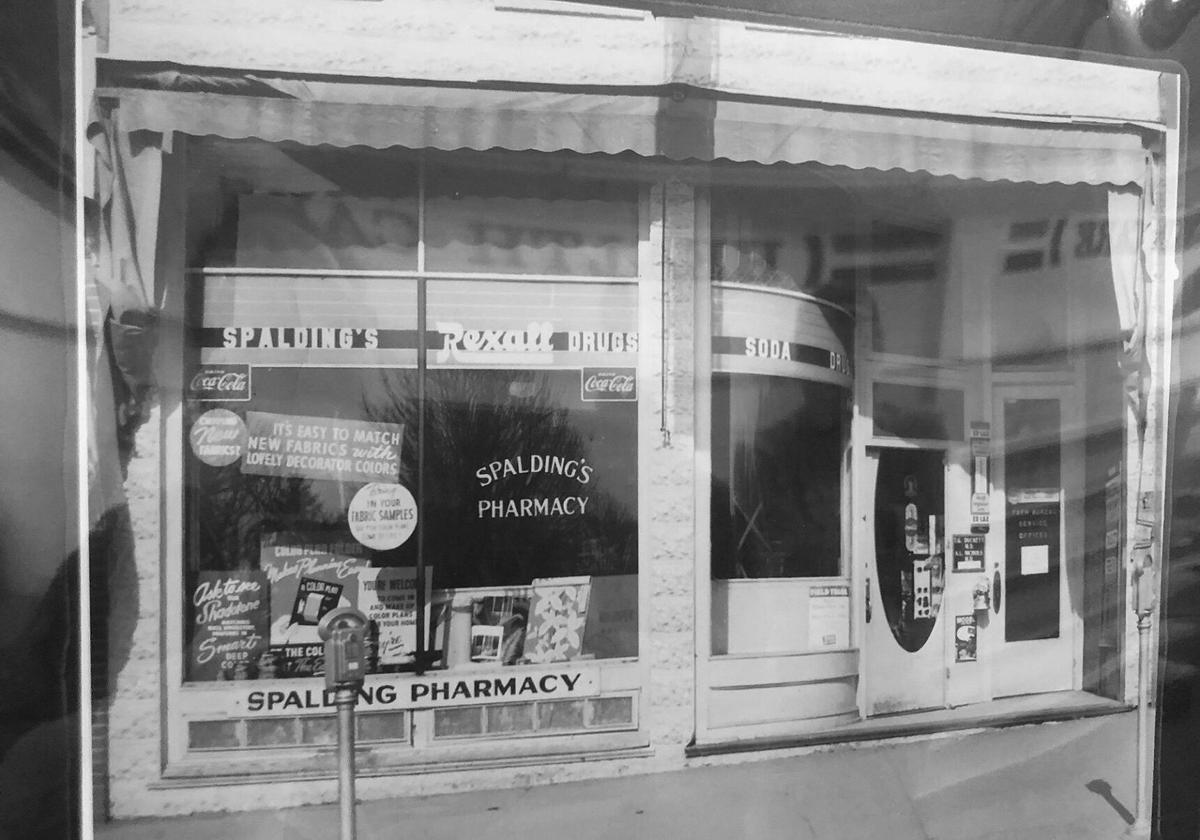 This photo of Spalding’s dates back to before the facade changed on the front. 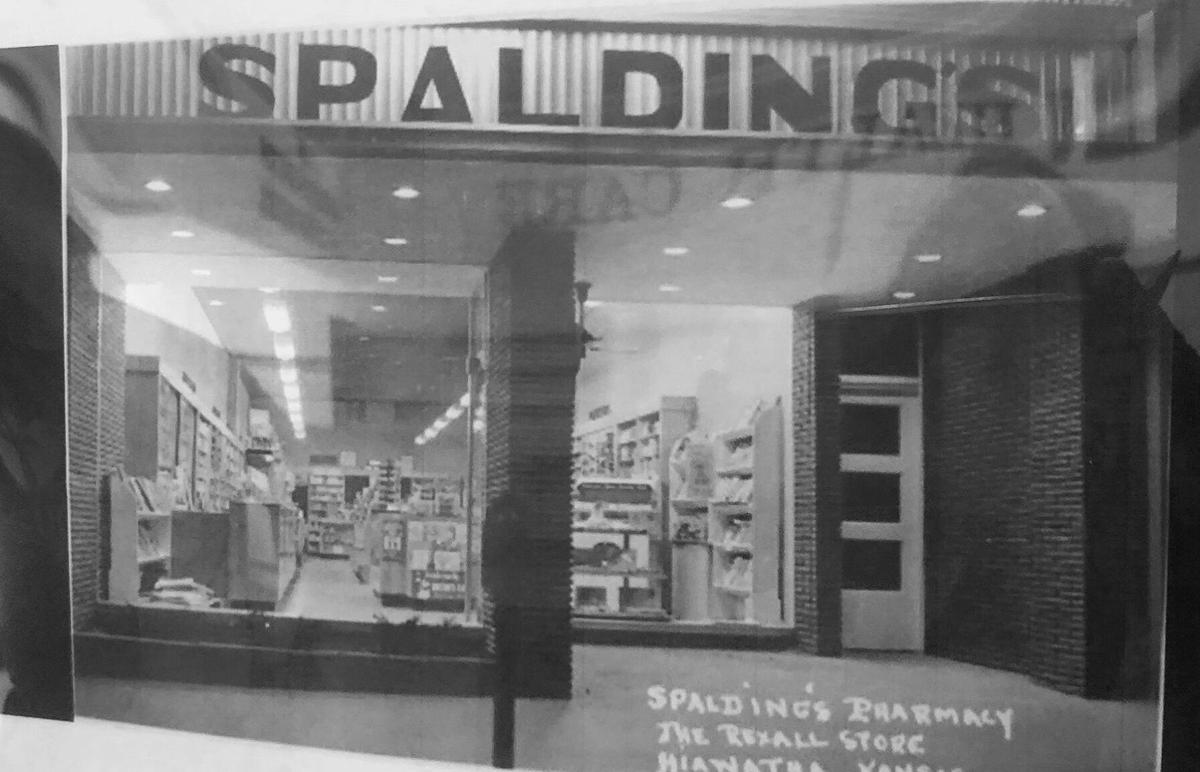 This photo of Spalding’s showed the current entrance. 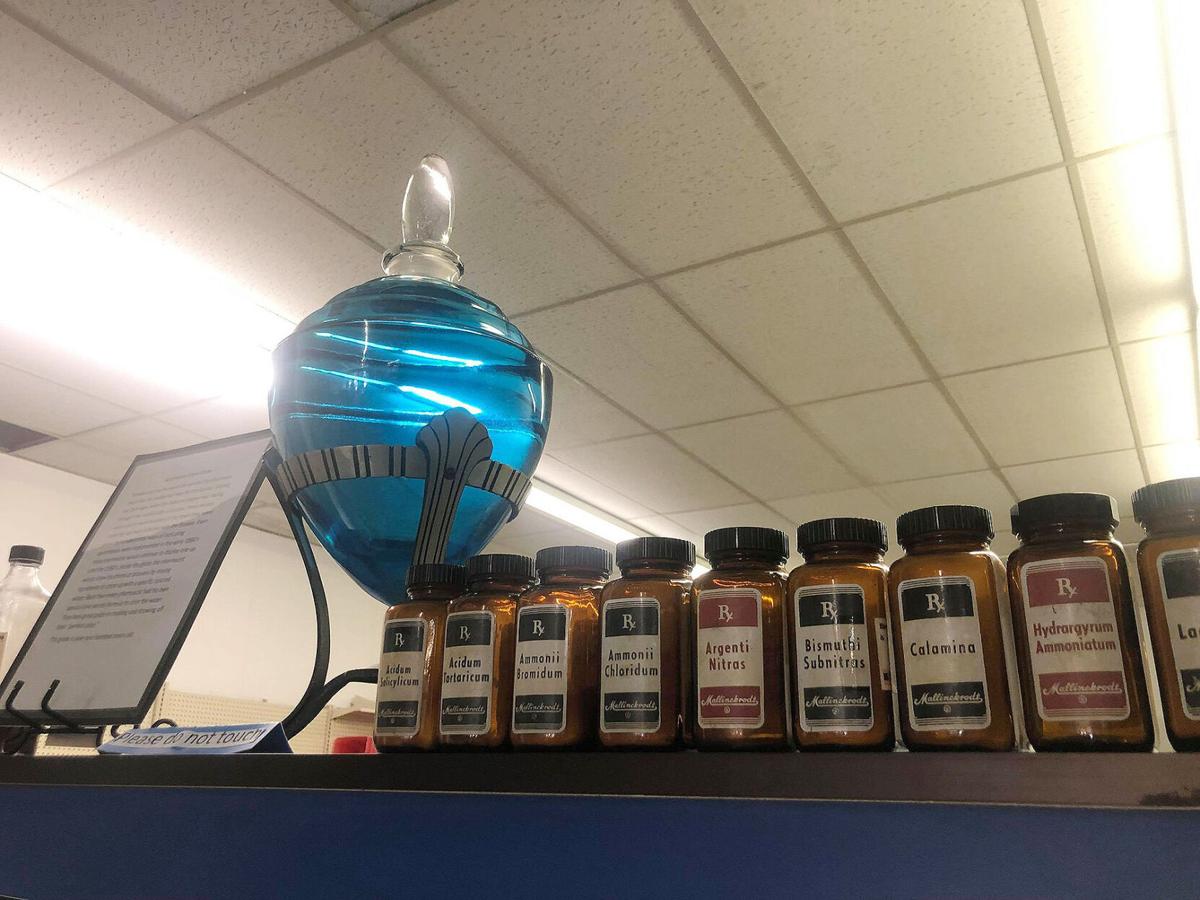 Hansen’s Apothecary Globe sat on top of a display of 125 years of pharmacy next to vintage medicine bottles. 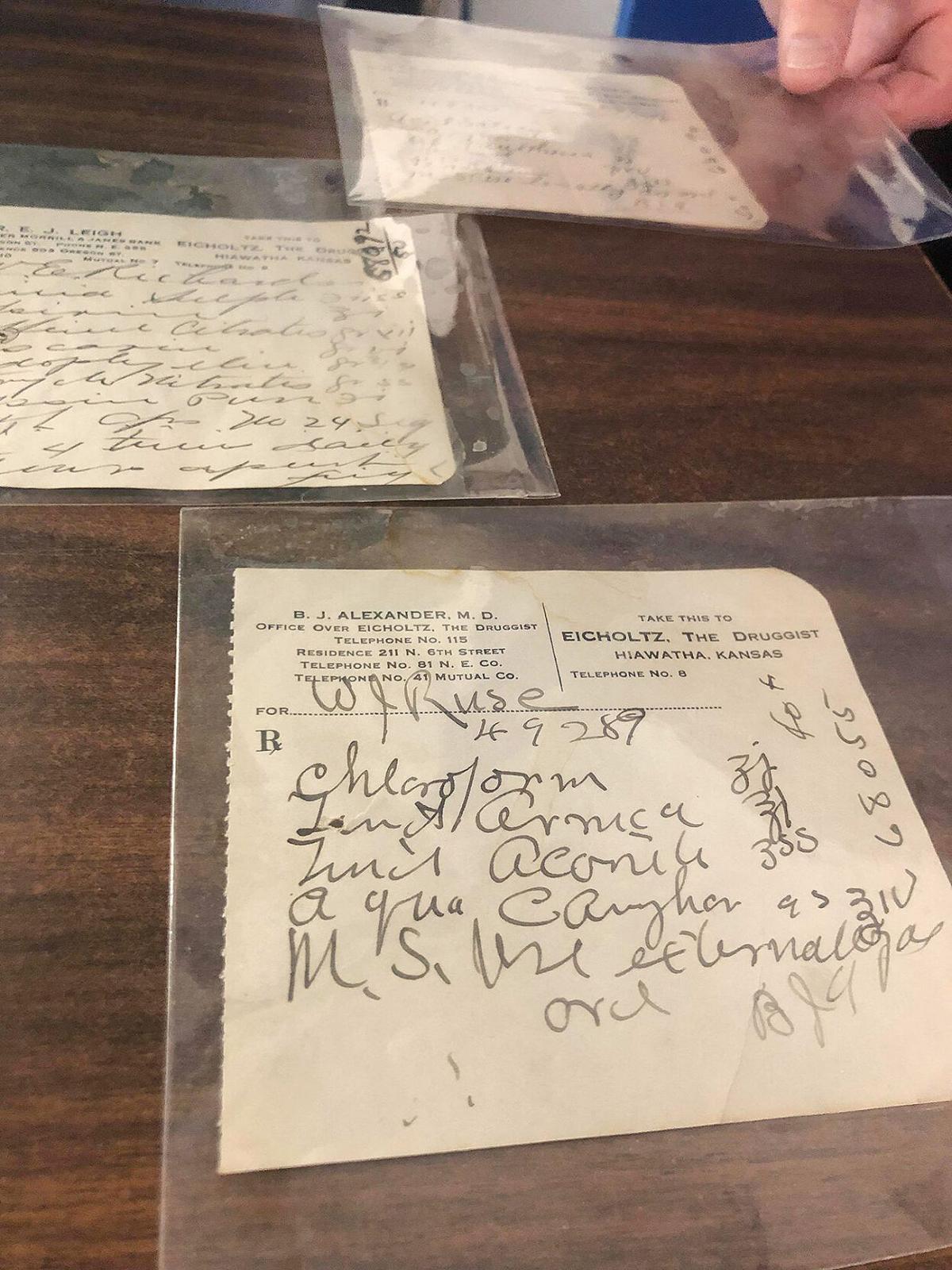 Hansen shows several authentic prescriptions, some dating back to 1913, that were found among belongings of previous pharmacists at 618 Oregon. 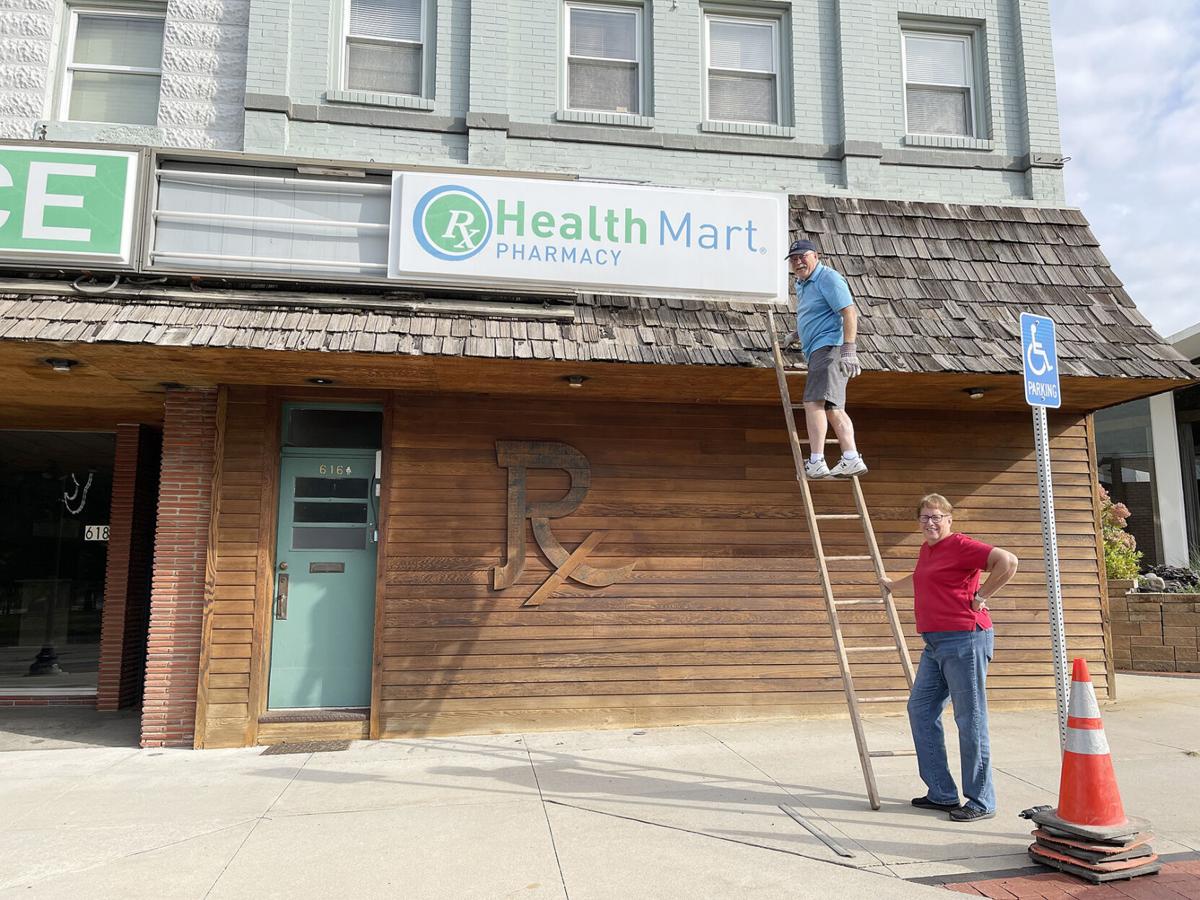 Debbie and Leland Hansen receiving the HCVB Member of the Month award in February.

An apothecary display at Tice Healthmart showed items that were from Leland Hansen’s own collection and some from previous pharmacists who operated at the same location.

Apothecary reference books and other resources — some from Hansen’s private collection and others that were found at the drug store.

This photo of Spalding’s dates back to before the facade changed on the front.

This photo of Spalding’s showed the current entrance.

Hansen’s Apothecary Globe sat on top of a display of 125 years of pharmacy next to vintage medicine bottles.

Hansen shows several authentic prescriptions, some dating back to 1913, that were found among belongings of previous pharmacists at 618 Oregon.

Oct. 1 marked the end of an era for a Hiawatha pharmacy as Tice Healthmart officially closed its doors and pharmacist/owner Leland Hansen retired.

The history of a pharmacy at 618 Oregon St., goes back to 1896 when Eicholtz and McFadden Drug operated as the first drugstore at this location. The building has undergone some changes — inside and out — but has continued to operate as a pharmacy for the next 125 years.

In 1943, Eicholtz’s son-in-law, B.E. Spalding, purchased the business from him and it became Spalding Rexall.

Harold Tice and his son, Chuck, purchased the drug store in 1957 from Spaldings’ and renamed it Tice Rexall Drug. In 1992, Chuck Tice decided it was time for retirement and so he sold the drugstore to Leland and Debbie Hansen, who have owned and operated it as Tice Health Mart ever since.

Hansen started his career in pharmacy as an intern under Jim Enyart in Horton in 1969 and in 1970 interned under Chuck Tice in downtown Hiawatha. Hansen graduated from the University of Kansas School of Pharmacy in 1971 and said he was required to spend a specific amount of time as an intern prior to earning his degree.

During those later years, Chuck Tice had started working on developing a pharmacy at Hiawatha Community Hospital and in 1978, Hansen went to work full-time as the hospital pharmacist — which is where he stayed for the next 14 1/2 years.

“It was more of a ‘drug room’ and Chuck worked to make it more of an actual pharmacy,” he said.

Over the years, Hansen stayed in close contact with his mentor and when the opportunity came to return to 618 Oregon St. as the owner of the drug store, Hansen seized it.

In a recent visit with Hansen at the store, he talked about the changes it had gone through — including to the facade during the era of the Spaldings, who also operated a soda fountain for a period of time.

Hansen said at one time, the east portion of the building had served as offices for physicians Duckett, Larson and Nichols prior to the building of the Family Practice Clinic (currently Hiawatha Family Dentristy). Upon their retirement the space helped expand the drug store. He also said, that when the Tices operated — and prior — the pharmacists met customers at various locations — including the front portion of the building and the far back, which in later years became where medical equipment could be stored.

In later years, Hansen remodeled the former area that had housed the physicians offices at one time into the pharmacy and the drug store took up the main portion.

Over the years, Hansen has come upon several treasures from the pharmacy world — many he has collected himself and some he has found in storage in the building. He put together a display of “125 Years” at Tice Healthmart and included were very old pharmacy books — some late 1800s to early 1900s — including Chuck Tice’s 9th edition of “Remington’s Practice of Pharmacy.”

These books were a requirement for pharmacists to have on hand back in the day, Hansen said. Before Internet made searching up drugs a little easier, the large reference books were used by the pharmacists as they concocted their healing medicines and found information for patients. Hansen said prescriptions were hand written or in later years formatted on typewriters.

As part of his 125 year display are old prescriptions, dating back to 1913.

Also on display are collections of old medicine bottles, apothecary scales and Hansen’s Apothecary Globe, which dates back to the days of the plague. He said the apothecaries at the time used the colored water in the globe to determine if the town was safe to enter. Such as a red liquid meant it was not safe. After the plague was gone, the druggist created another color and Hansen said it was always a secret what the liquid was made from.

Hansen’s Apothecary Globe had blue liquid — which means that’s his favorite color, he said with a laugh.

While Hansen is officially retired from full-time practice, he is helping his customers transition to Kex RX in Hiawatha, where he will be working one day a week until the end of the year. Pharmacy techs Reid Jagels, Jenalee Hobbs and Shelby Brown all transferred to Kex RX as well. Fellow pharmacist Lori Rathje has found a position near her family in Lincoln, Neb.

Although the doors closed as of Oct. 1, Hansen and his wife, Debbie, along with other team members from Healthmart are continuing to close out the business he has operated for nearly 30 years. Inventory will be dispersed throughout other Healthmarts and the storefront — part of the building still owned by Ann Tice, who lives in an apartment on the second floor — is now for rent.

Although Hansen said it was time for a full retirement, he is bittersweet and reminiscent of the many relationships he has made along the way and also thankful for all of his loyal customers.

“It’s a big undertaking and there is a lot of sadness,” he said. “But life changes and we just have to go on. It’s just like anything else — it’s another chapter of one’s life and we just take it one page at a time.”

8 History-Making Moments (and Muppets) From the ‘Sesame Street’ World