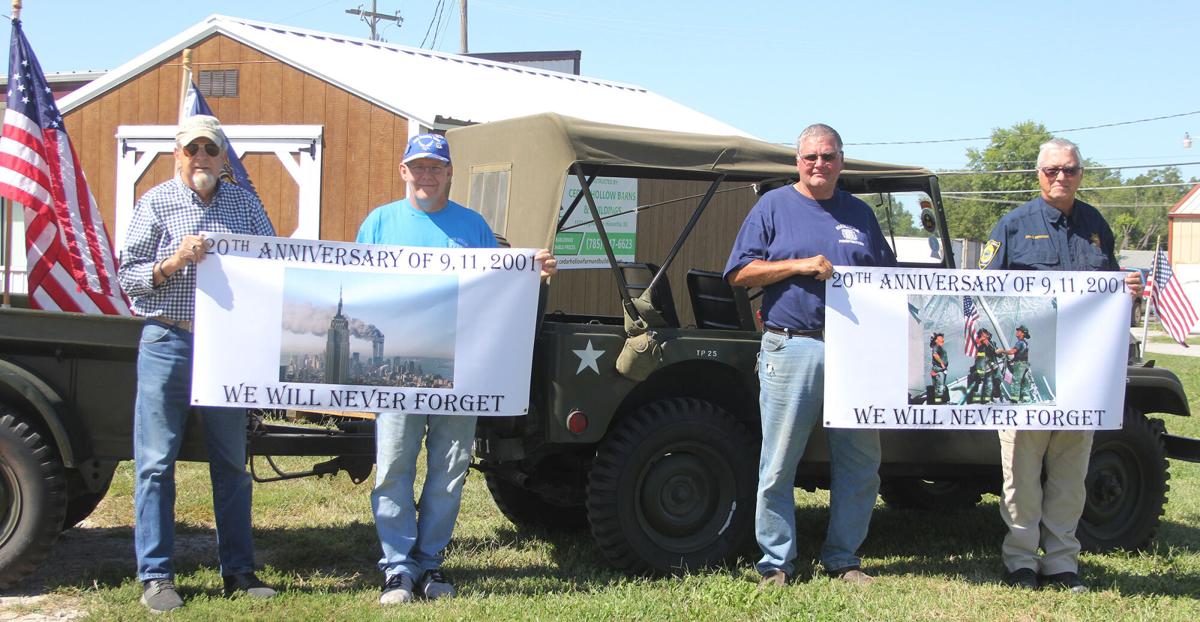 From left, Bob Sines and Dan Sines and Fire Chief Gene Atland and Sheriff John Merchant display banners the Sines family made in remembrance of 9/11 Patriot Day. Photos by Joey May 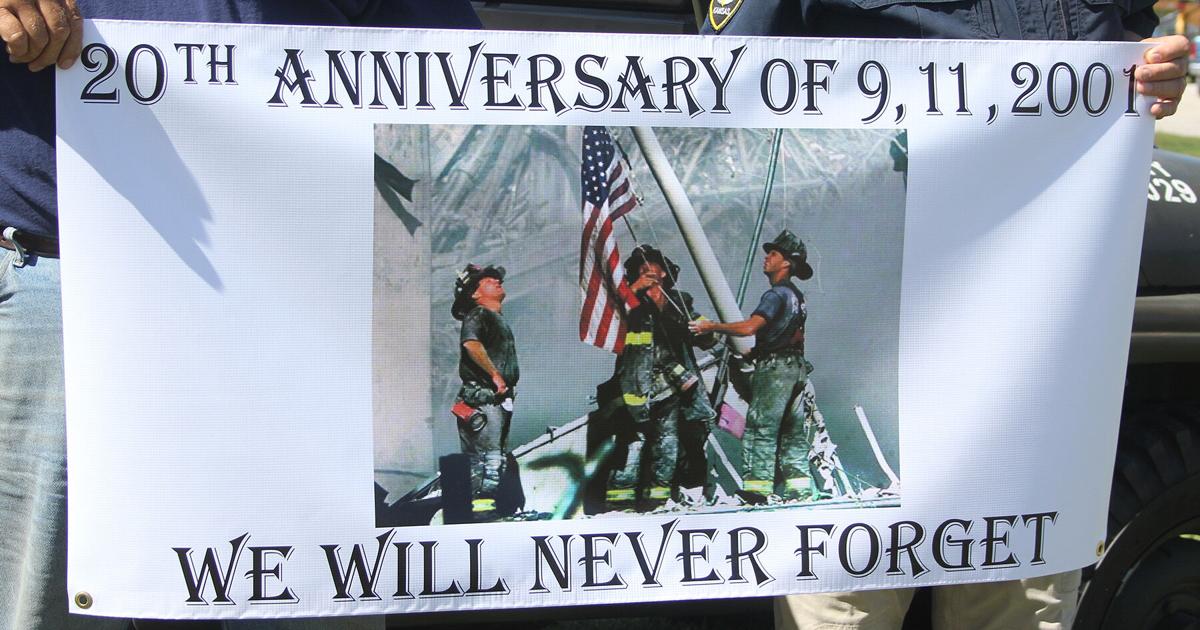 A banner displayed by Bob and Dan Sines in remembrance of the heroes of 9/11.

From left, Bob Sines and Dan Sines and Fire Chief Gene Atland and Sheriff John Merchant display banners the Sines family made in remembrance of 9/11 Patriot Day. Photos by Joey May

A banner displayed by Bob and Dan Sines in remembrance of the heroes of 9/11.

We will never forget...

Not one American will ever forget the fateful day of Sept. 11, 2001 when two jets hit the Twin Towers of the World Trade Center in New York City.

The jets were two of four that had been hijacked in a terrorist attack against America. The other two jets crashed into a Pentagon and a field in Pennsylvania.

As a result of the attacks that caused the Twin Towers to collapse, 2,977 people were killed, 19 hijackers committed murder–suicide, and more than 6,000 others were injured. The immediate deaths included 265 on the four planes (including the terrorists), 2,606 in the World Trade Center and in the surrounding area, and 125 at the Pentagon.

Of the 2,977 victims killed in the attacks, 412 were emergency workers in New York City who responded to the World Trade Center. This included: 343 firefighters (including a chaplain and two paramedics) of the New York City Fire Department (FDNY).

No one will ever forget this terrorist attack on America.

Bob Sines, Chaplain of the Hiawatha American Legion Post 66, and son Dan, also a member of the American Legion, have made banners in honor of Saturday’s 20th anniversary of the attack. These banners will be displayed on his 1952 Willey’s Army Jeep, which he will be driving around on Saturday and also parked near downtown for the special 9/11 Remembrance event.

Sines said he wanted to do this on behalf of 9/11 Patriot Day and honor everyone who lost their lives and remember all of the first responders who were on the scene.

“Everybody should be made aware of the sacrifices they made for all of us,” he said.

'It could go to chaos': Hear Pakistani PM's concern about Afghanistan