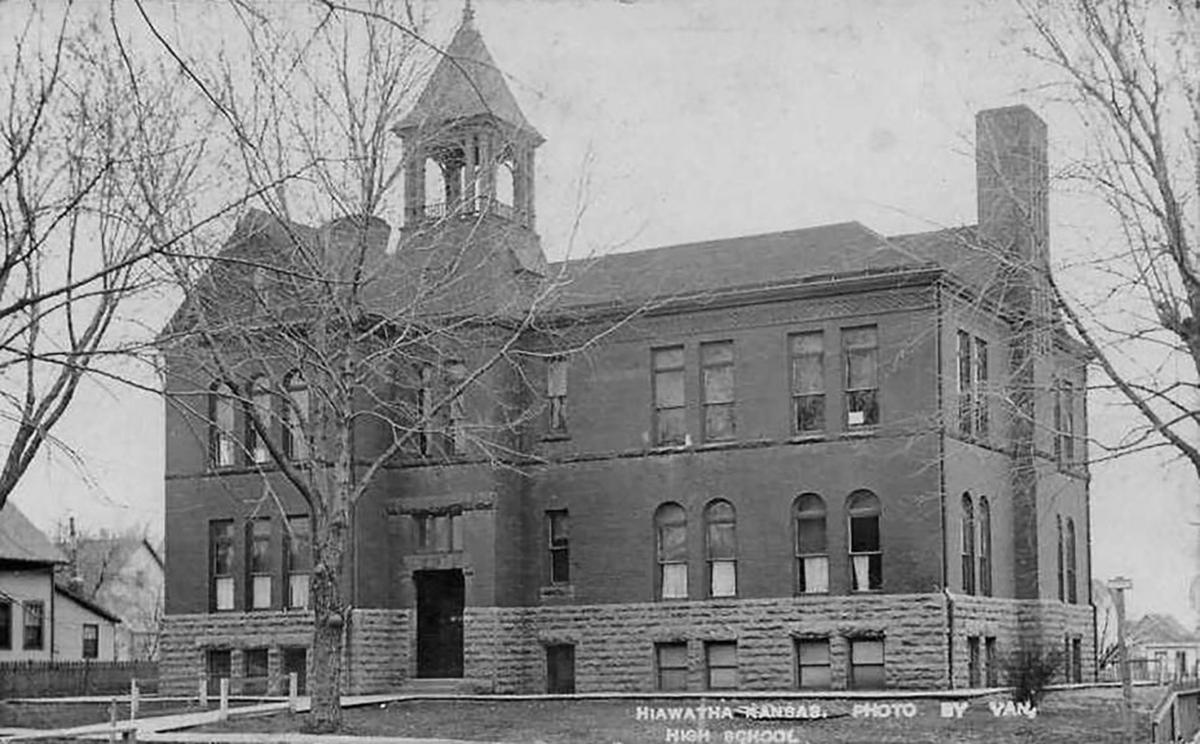 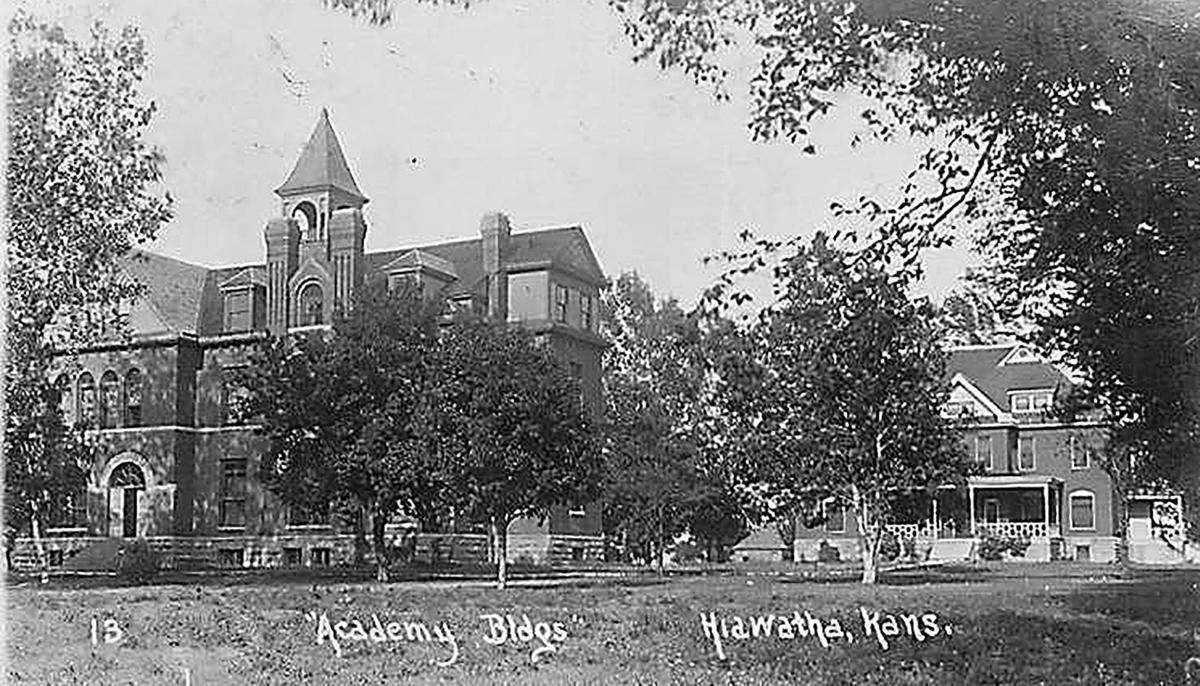 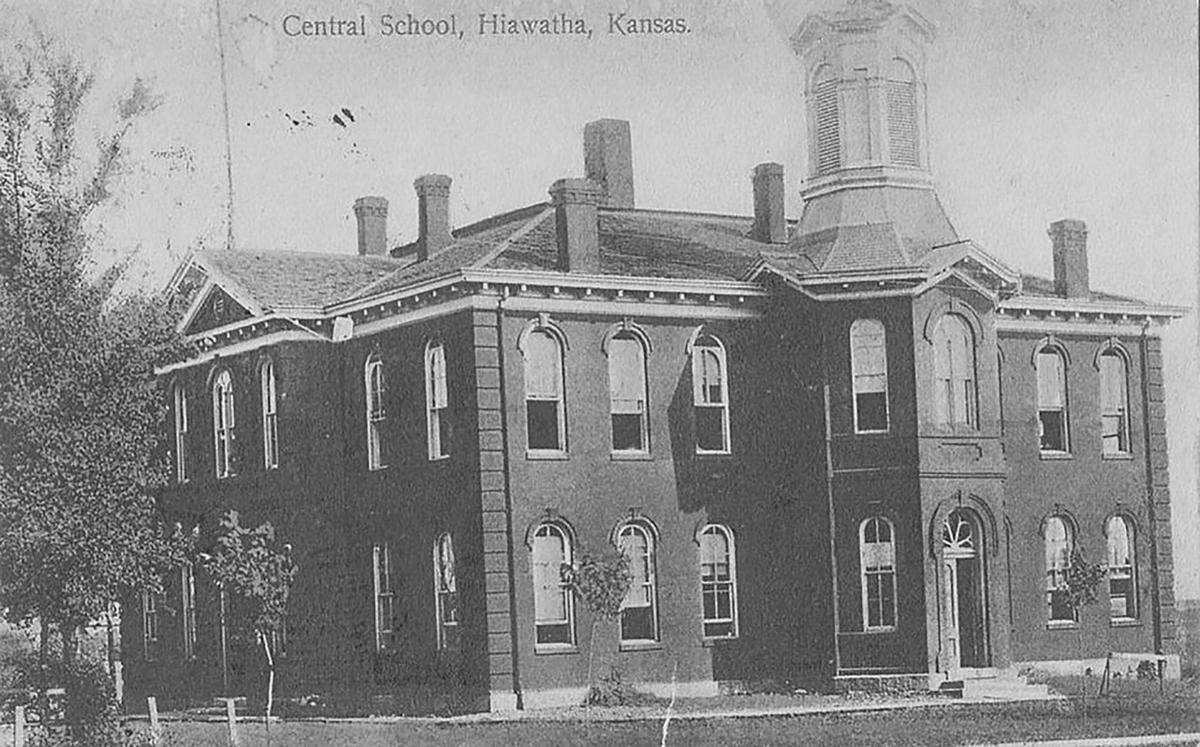 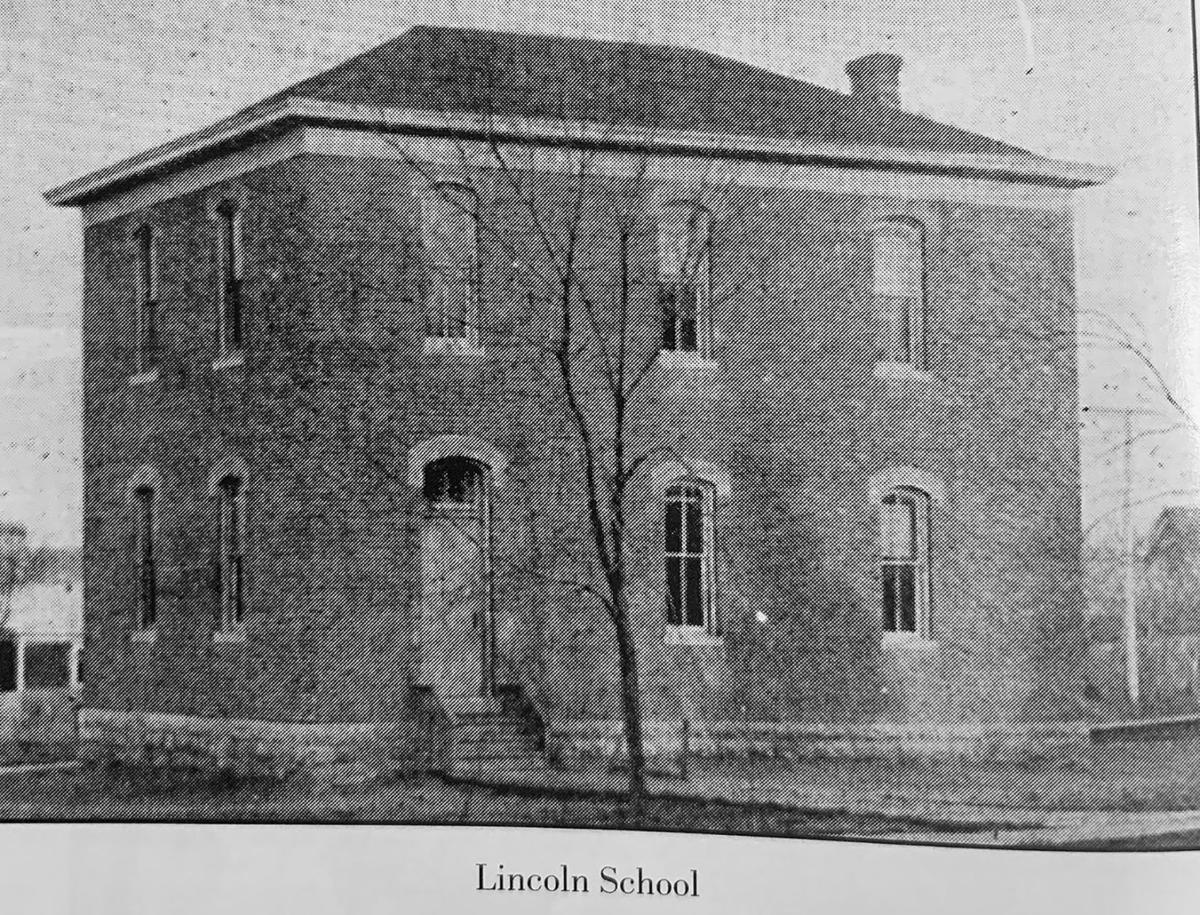 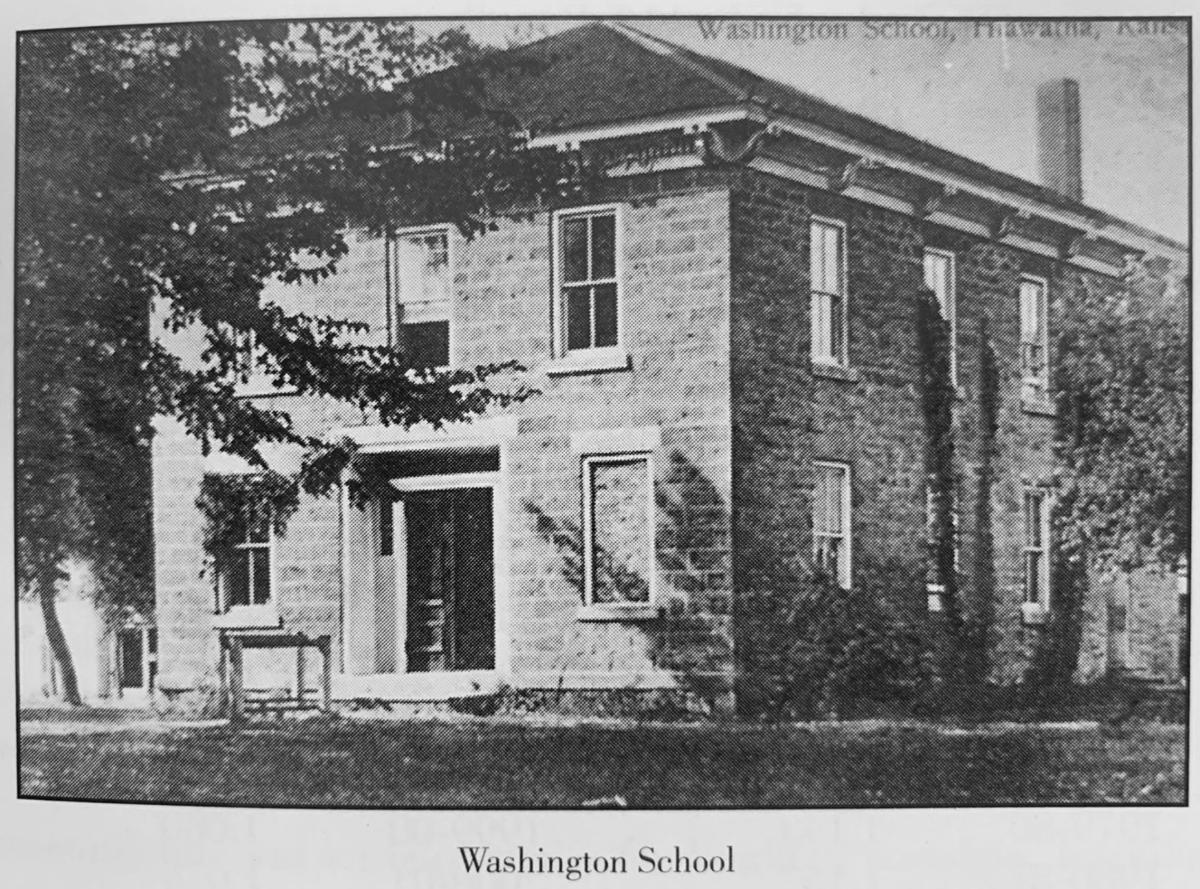 Its 1859, and the founders of the community of Hiawatha see education was something that precious, valuable and not to be trifled. In the early days of Hiawatha, there were at least six schools within the city limits. Teachers employed by the district in early Hiawatha were expected to be single, moral and willing to work hard for little money. The average salary was $42.50 and this achieved after considerable years of hard work and service to the district and the education of the pupils.

The Hiawatha Academy organized in 1887 and operated as an institution of learning for 28 years in Hiawatha. The Academy, considered being “six schools in one.” The Academy offers music, college preparation courses, art, commerce, stenography and a first-class “normal” school. Instrumental in its development and significant monetary and land donations provided by the former Governor Edmund Morrill and Family. The Academy features the beloved Hawthorne Place which is the last visible remnant of this treasure. When the school closed in 1915, most of the land, assets, and buildings turned over to the Hiawatha District with the stipulation that these assets “be forever used for school purposes.”

Other schools located within the city limits include the Hiawatha High school, C.H. Janes School, Central school, Washington and Lincoln school. Hiawatha also features the Hiawatha kindergarten which is prevalent in the late 1800s into the early 1900s. The purpose of this program was to eliminate “bad habits” by replacing them with “good habits.”

The first school built in 1859 is a frame building and is shortly replaced in 1868 by a larger limestone building. This school located on 5th and Delaware and is known as the Washington School and also fondly referred to as the “little stone school” this school is used until 1916. In 1916, purchased by the Herbert family and remains a residential home today.

In 1875, located at 7th and Iowa Street, is Central School. The lower level of the building used for primary grades and the upper level is for High School. Central School is the first high school in Hiawatha.

In 1893, located at 7th and Miami, is C.H. Janes School. It is used for primary grades and later developed into the High School.

In 1916, located on the East side of First Street, a new high school was constructed. In 1956 the Special Education Annex was built and stands where erected today. In 1956 the new elementary school for Hiawatha was built and Janes and Lincoln School close the doors permanently. The site of the new elementary school is where the Janes school once stood at 6th and Miami. The high school, which appeared through photos to be architecturally beautiful, is demolished in 1974. As always, there is so much more to every story! Find it! Be sure to stop by and share with me what you discover.