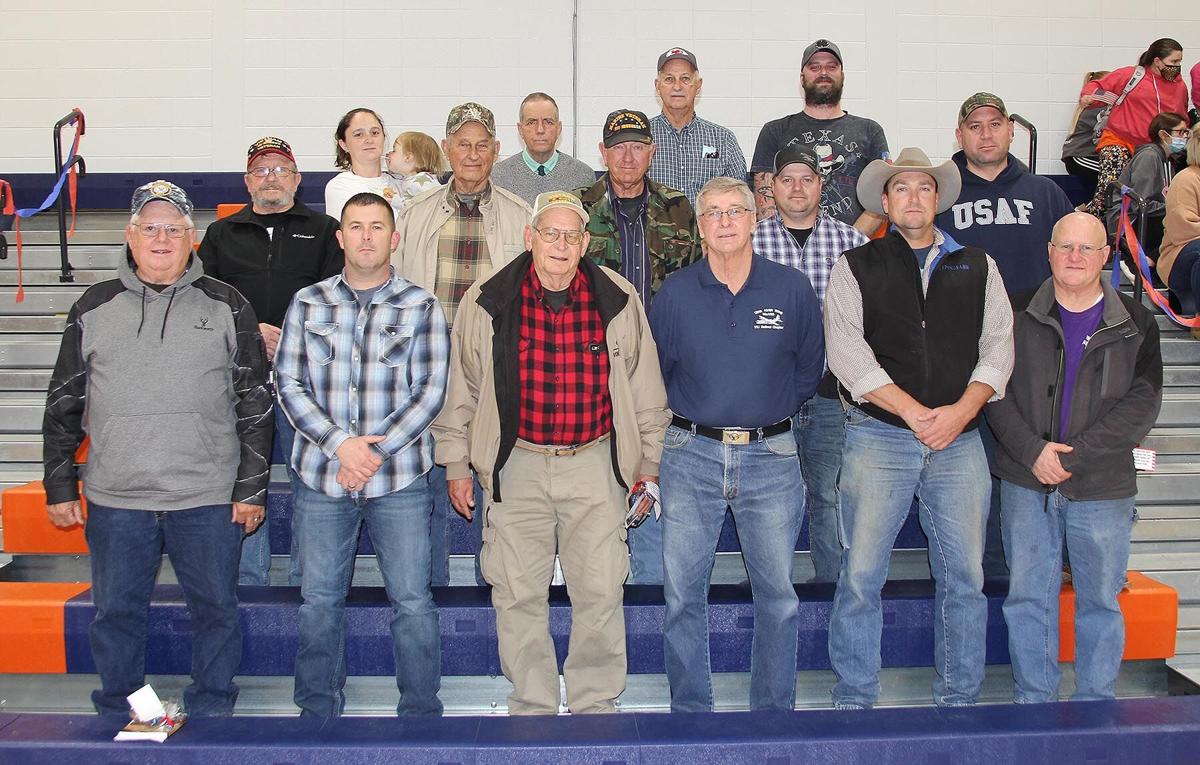 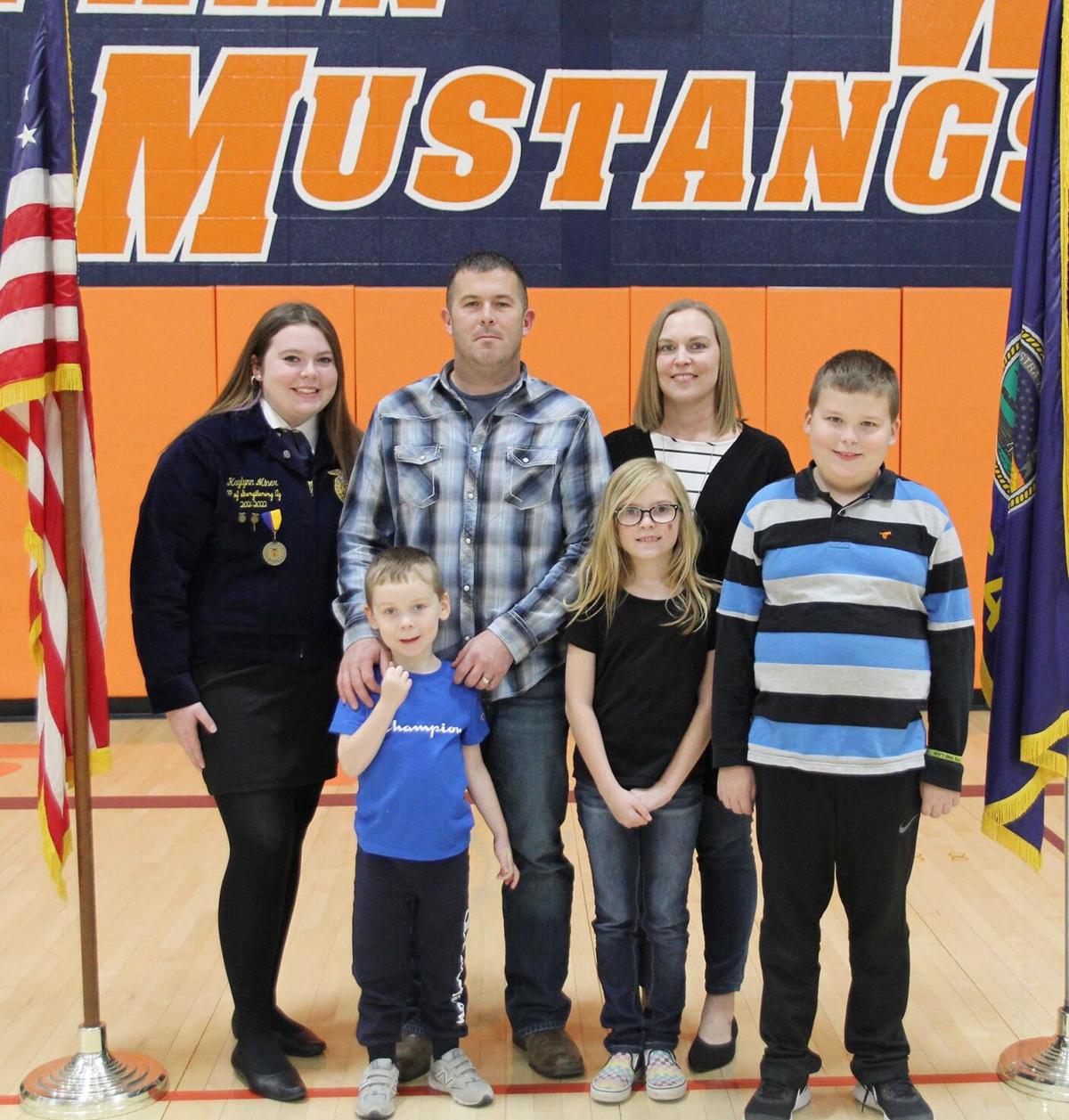 The Doniphan West Schools recognized Veterans Day and honored local veterans on Thursday, Nov. 11, with an assembly of veterans and their family members, community members, administration/faculty/staff, and students in grades kindergarten through twelve.

The program, hosted by the D-West KAY Club, included patriotic music, recitation of the Pledge of Allegiance, a POW/MIA remembrance, introduction of guest veterans, and a patriotic video that included photos of some students’ family members and friends who are veterans.

The special guest speaker was Master Sergeant Brett Miner, who is in the Kansas Air National Guard. He is the Ground Transportation Non-Commissioned Officer in Charge (NCOIC). Miner began his military career by enlisting in the Air Force in 2002 and was on active duty until 2006. He then enlisted in the Air National Guard in 2013.