Photos by Jeff May

HHS students work on the set in preparation of the upcoming musical. 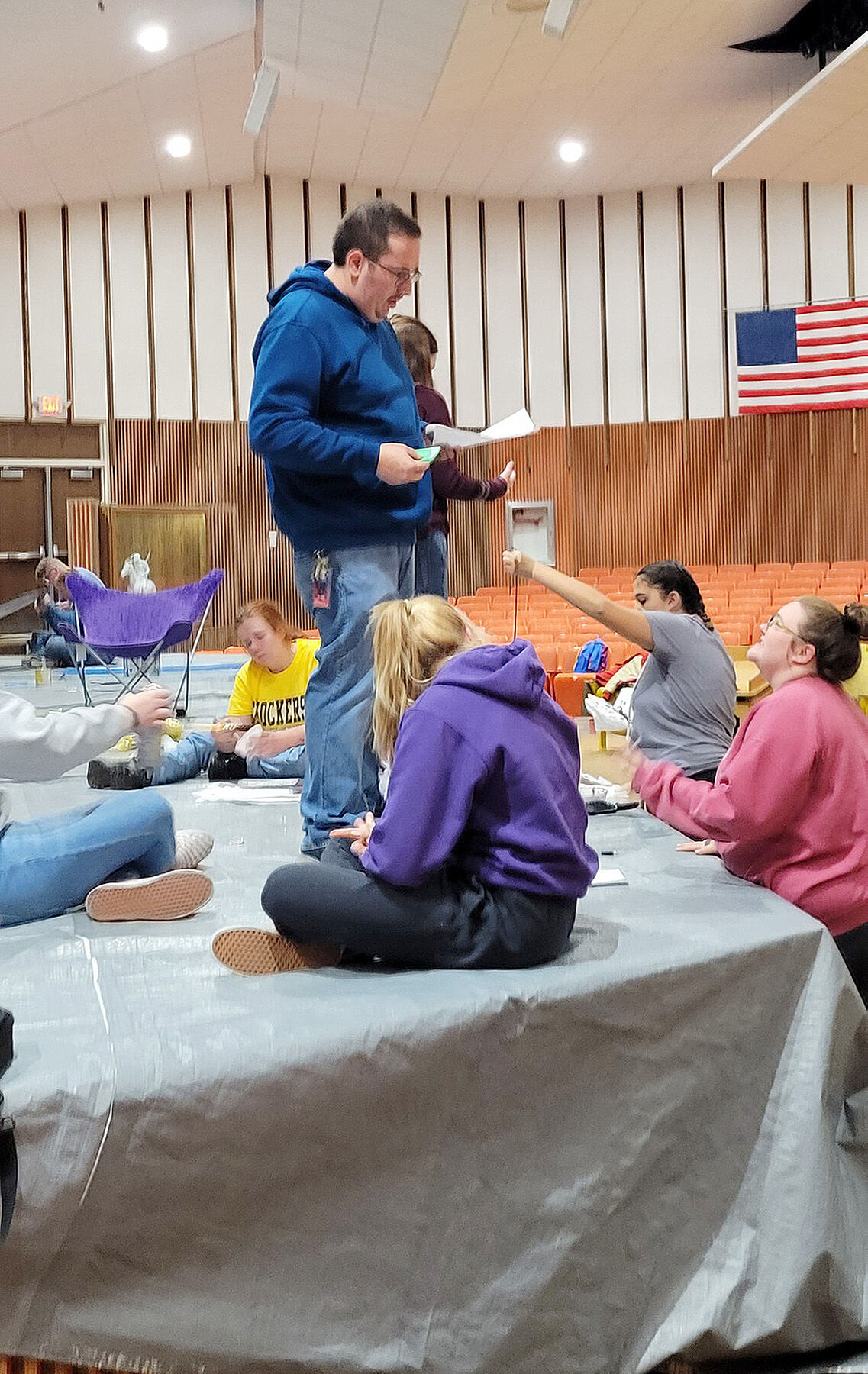 HHS vocal music instructor Josh May, who is also co-director of the musical with band instructor Jarod Estrada, gives direction to some of the students working on the set.

Photos by Jeff May

HHS students work on the set in preparation of the upcoming musical.

HHS vocal music instructor Josh May, who is also co-director of the musical with band instructor Jarod Estrada, gives direction to some of the students working on the set.

As the time of year for onstage performances returns, things have become very different. This fall, drama students at HHS will not be participating in a school play, as previous patterns would suggest. Students will also not be participating in a musical, as one might assume. Instead, directors Jarod Estrada and Josh May have created a new opportunity for the fall theater option, “A Night on Broadway.”

A month before school began, the directors were asked if they would like to plan a musical for the students to perform. They thought quickly for something that was small and easy to do. Initially, the two planned out a performance that ended up falling through; it was then suggested by Estrada that they do a Broadway showcase, to give students a little more option on what they do.

The Broadway showcase is a show where each student, or group of students, picks their own performance. Some students might choose to perform a song from a musical while some might decide upon an acting performance. This showcase has garnered a larger audience as interest has grown. Students have become more excited at the prospect of being able to do what they want for the showcase instead of what is required of them. It has even been speculated that families might be more interested in watching their students do what they love and to see their students have “their own lead role.”

“Every student can do what they’re most comfortable with,” Estrada explained about the showcase.

Having each student at their most comfortable and excited should make for one of the school’s best performances yet.

If you would like to attend these performances, you can see them take place at 7 p.m. on Friday, Nov. 12 and Saturday, Nov. 13 at the High School auditorium for $5 a ticket. Attending this new and creative show will give you the chance to watch history in the making, so don’t miss it!