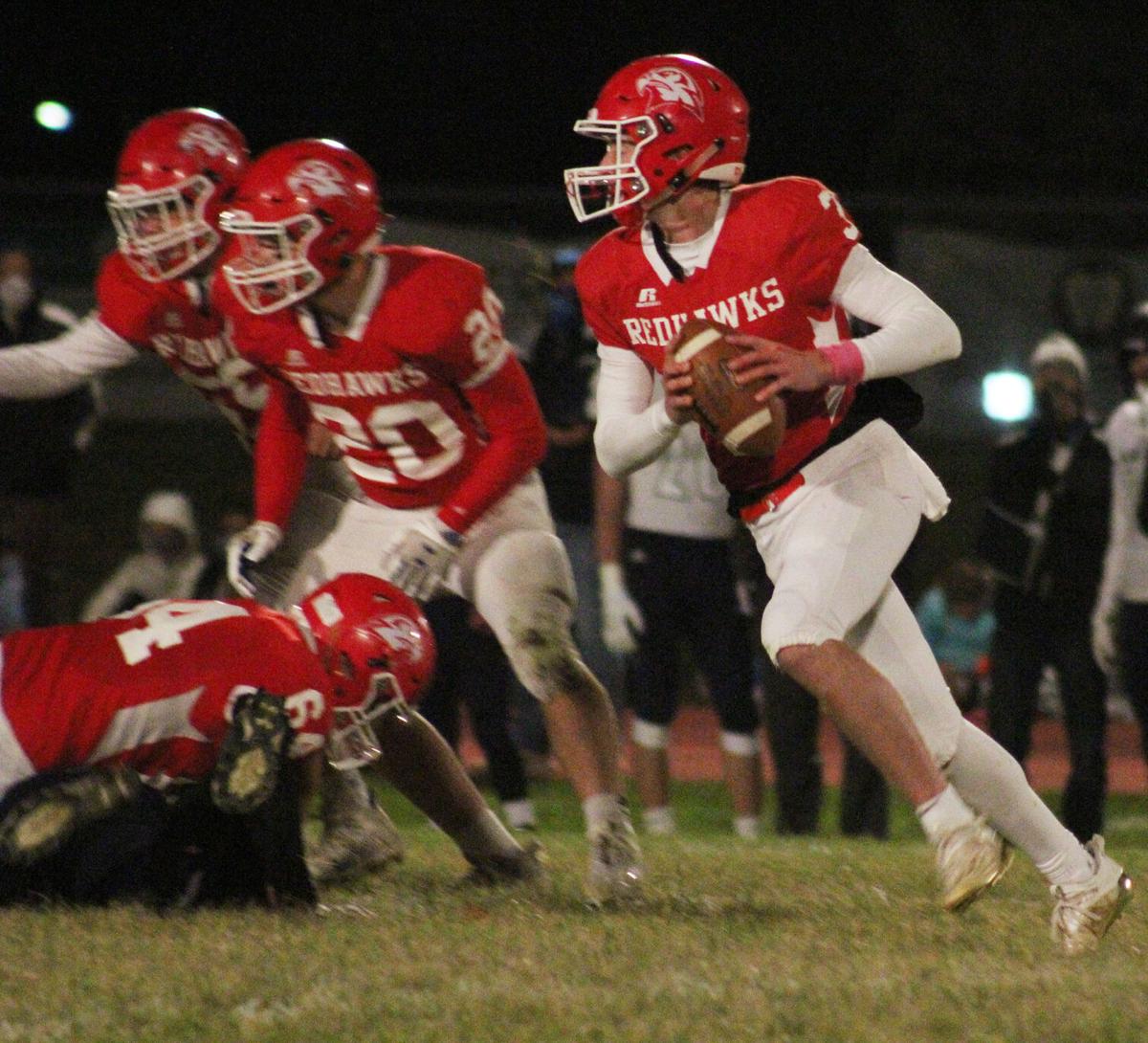 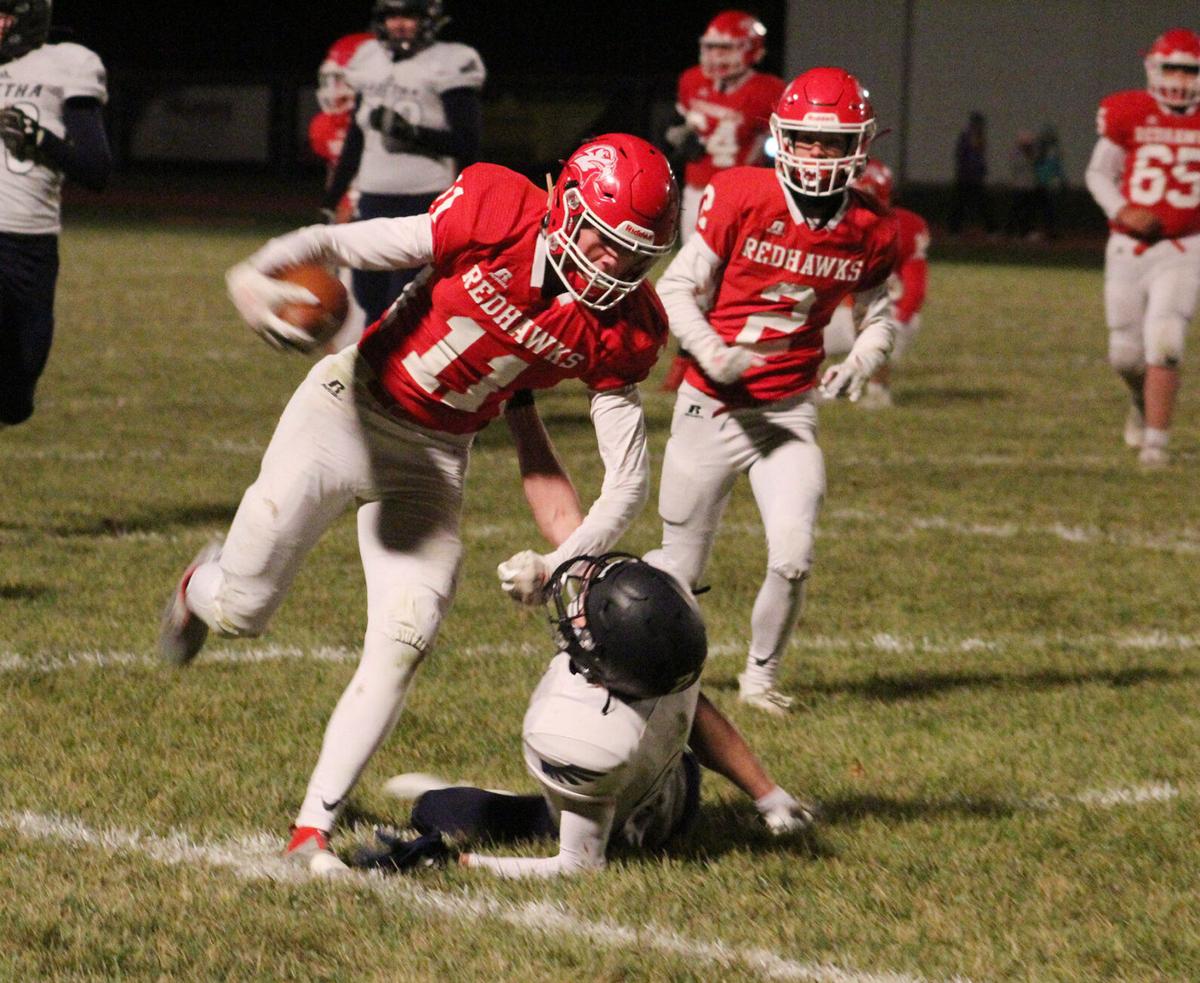 It was not exciting or a thing of beauty, but the Sabetha Bluejays came out with a very specific game plan in mind against the Hiawatha Red Hawks on Friday night, and the Jays stuck to the plan, chewing through clock and steadily putting points on the board as they outscored the Hawks 28-7.

The Red Hawks had their moments and opportunities in the game, starting with their opening drive, as Cody Nevels ripped off a 35-yard run into Bluejay territory, but the offense stalled, and Sabetha marched the ball down the field for a touchdown and a 7-0 lead with 4:54 left in the first quarter. The Jays would strike again after a Hiawatha three and out, punching the ball in the end zone for a 14-0 lead with just over a minute to go in the quarter.

The teams traded possessions throughout much of the second quarter, highlighted by a Trent Kolb interception, but a shanked punt gave the Jays the ball deep in Hiawatha territory, and they would capitalize with a score to go up 21-0 at the half.

Sabetha opened the second half with another long scoring drive, keeping the ball on the ground and bleeding clock to go up 28-0, but Hiawatha responded with their best drive of the game. Nevels strung together some strong runs, and Alex Rockey converted a big fourth down to keep things moving, followed by a long completion to Joel Bryan. Unfortunately, the drive ended deep in Bluejay territory on an interception. After recovering an early fourth quarter fumble, the Hawks launched another nice drive on the back of another long Nevels run, but could not convert on a fourth down.

Sabetha was held to a three and out with just a few minutes left in the game, and the Red Hawks took the ball and marched into the red zone. A completion from Rockey to Josh Smith gave the Hawks the ball at the five, and after a penalty pushed them back five yards, Nevels finally broke through for a 10-yard score to narrow the lead to 28-7.

Rockey tossed the ball 20 yards on 6-11 passing, and pitched in 27 yards on the ground, while Nevels led the team with 139 yards on 23 carries and a score. Trent Kolb picked up 4 yards on 3 catches, while Joel Bryan, Ashton Rockey and Josh Smith each added a catch of their own. Nelson King led the defense with 14 tackles, with Tyler Davis pitching a sack.

The loss moves Hiawatha’s record to 2-6 on the season, and the Red Hawks have a matchup with Osawatomie on tap this Friday night at Memorial Field.

Man in the middle: Keeanu Benton breaking out on Badgers' defensive line