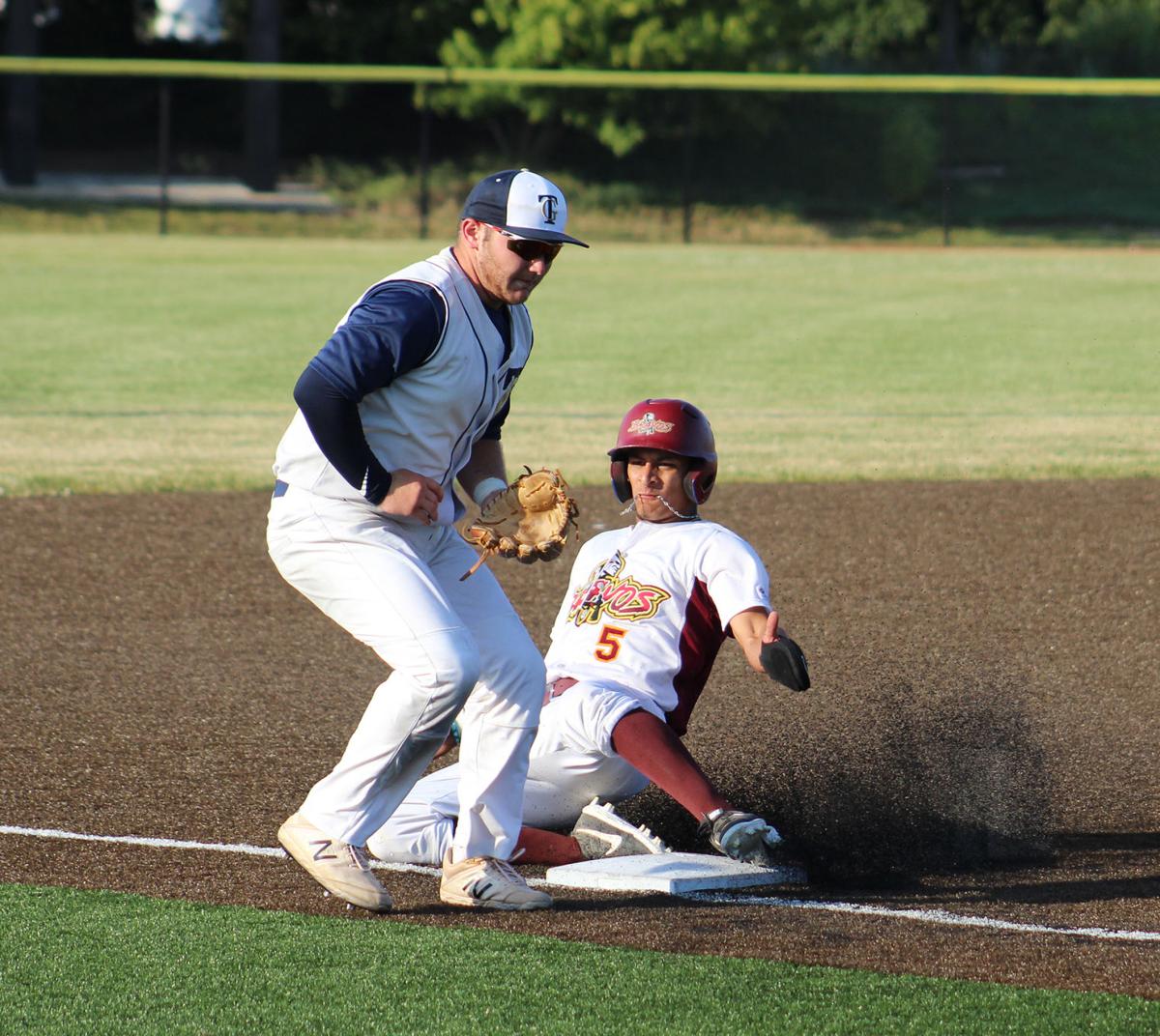 Manuel Luna slides into third base during Wednesday night’s game against the Golden Giants. 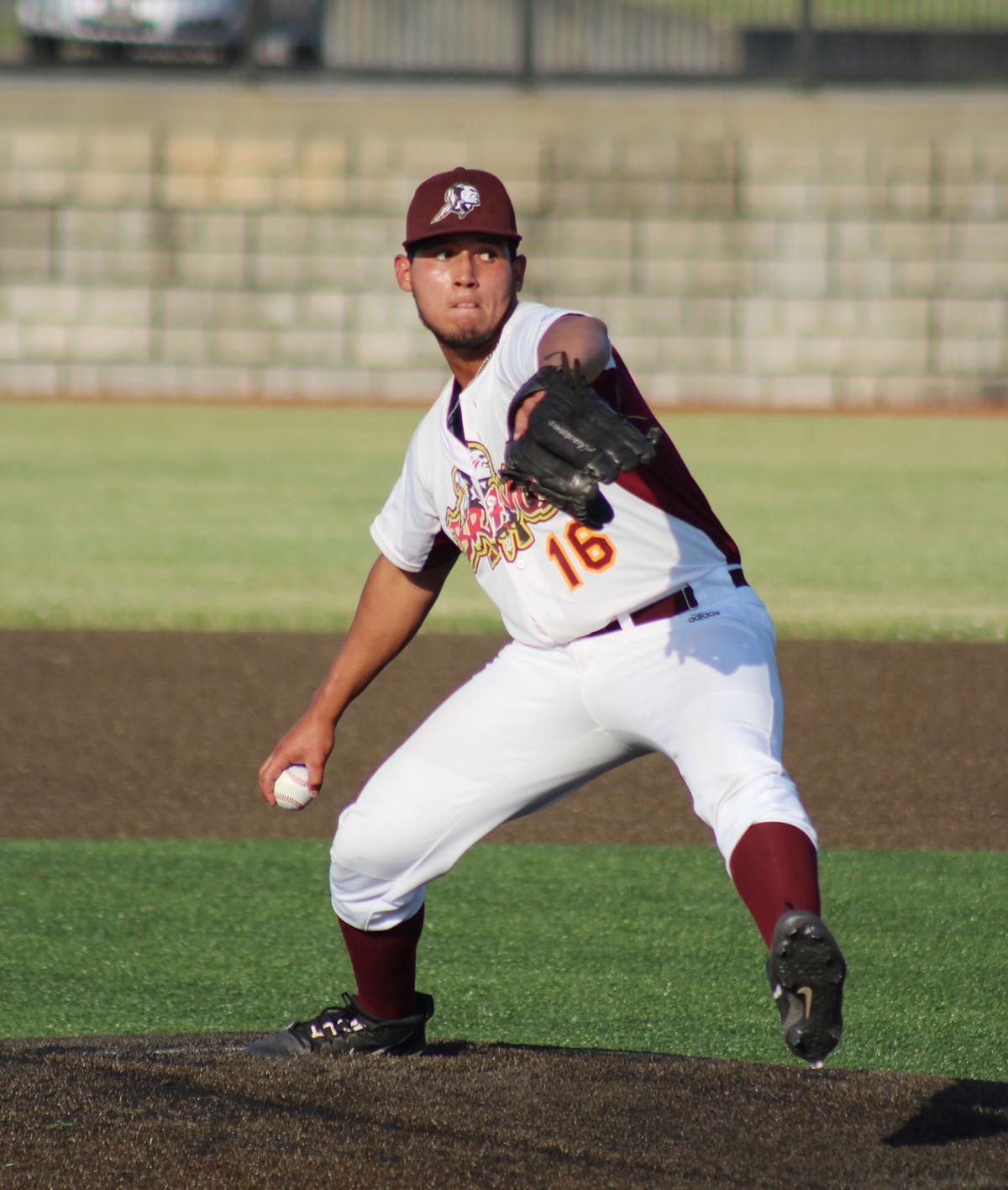 Alberto Lopez reaches back to throw a pitch in Wednesday’s Bravos game against the Golden Giants.

Manuel Luna slides into third base during Wednesday night’s game against the Golden Giants.

Alberto Lopez reaches back to throw a pitch in Wednesday’s Bravos game against the Golden Giants.

The Bravos baseball team of the MidPlains League are in full swing, and the team has played a pair of games so far this week, dropping a contest with Topeka and grabbing an exciting win against the Midwest A’s on Tuesday.

In Tuesday’s outing , the Bravos scratched out an extra innings win by a score of 10-7. The Bravos battled back from an early deficit and carried a lead into the final inning, but it was a late A’s walk that pushed in the final run to tie it up at 4-4 and push the game into extras.

In the deciding 10th inning, things went a bit haywire for what had been an overall low-scoring contest. An error on a bunt gifted the Bravos two runs and a 6-4 lead. But the Sabetha squad got their bats working in the inning, as well, as Raymond Gurrero doubled to left scoring 2, and Nelson Vera followed that up with a triple to plate another two runs to take a commanding 10-4 lead heading into the bottom of the inning. The A’s put up a solid effort in the deciding inning, with a double and single plating 3 runs, but the final batter grounded out to the pitcher and the Bravos put the game away, 10-7.

The first inning was enough to knock the Bravos off their game in their Wednesday night game against the Topeka Golden Giants. The visitors opened up a massive gash to start the game, splashing 8 runs on the board and putting Sabetha behind the eight ball from the outset. Manual Luna would score all the way from second on a passed ball, but the team could muster no more offense as they fell 12-1 for their first loss of the year.

The Bravos will get a chance to settle the score with Topeka as they host the Golden Giants on Thursday night and will look to assert their dominance over the Midwest A’s on Friday night at Sabetha.