Sign Up
Log In
Purchase a Subscription
You are the owner of this article.
Edit Article Add New Article
You have permission to edit this article.
Edit
Home
eEdition
News
Schools
Sports
Obituaries
Opinion
Hometown
Special Sections
Multimedia
Classifieds
Celebrations
1 of 5 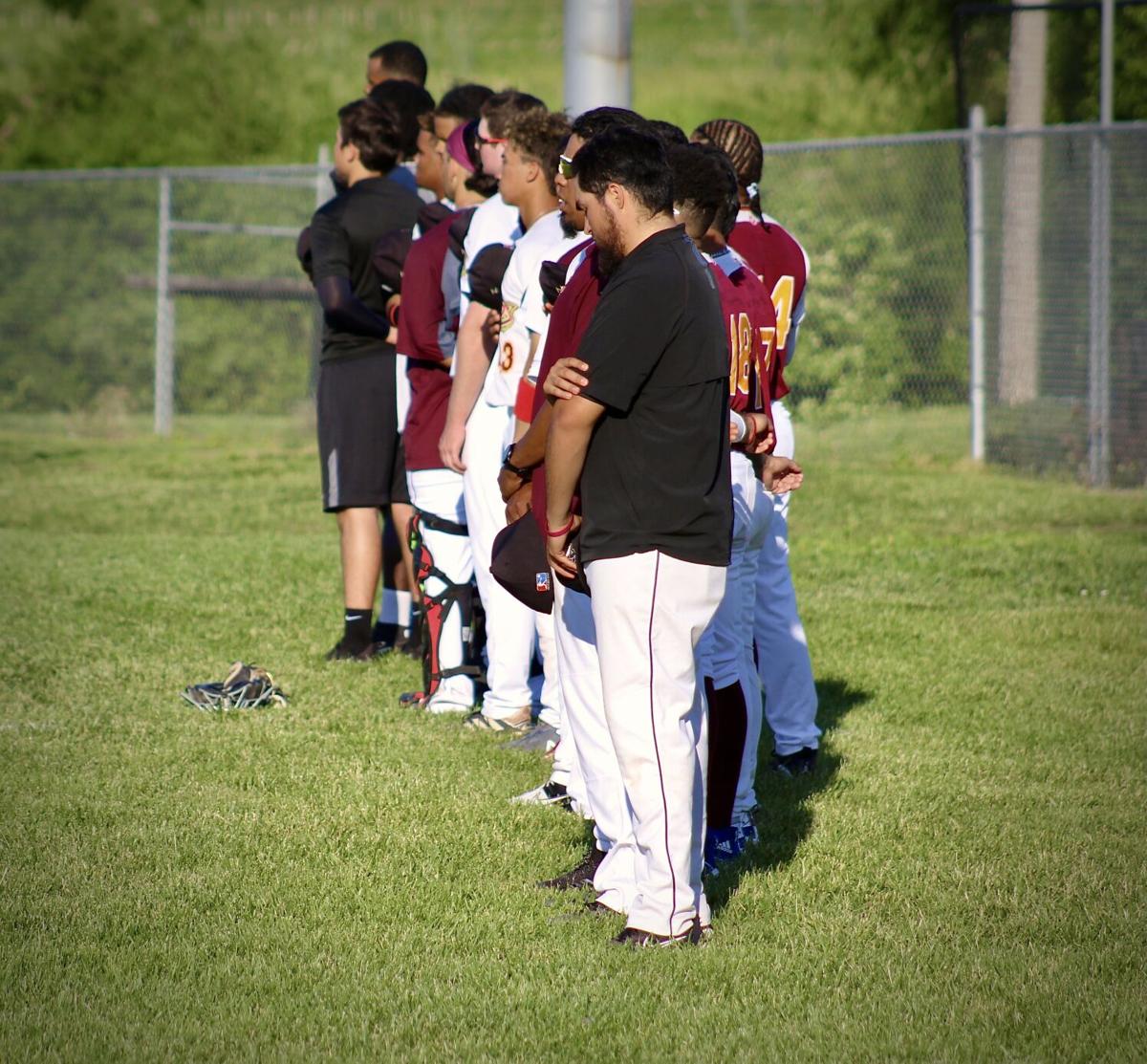 The Bravos stand at attention for the playing of the National Anthem at Noble Park. 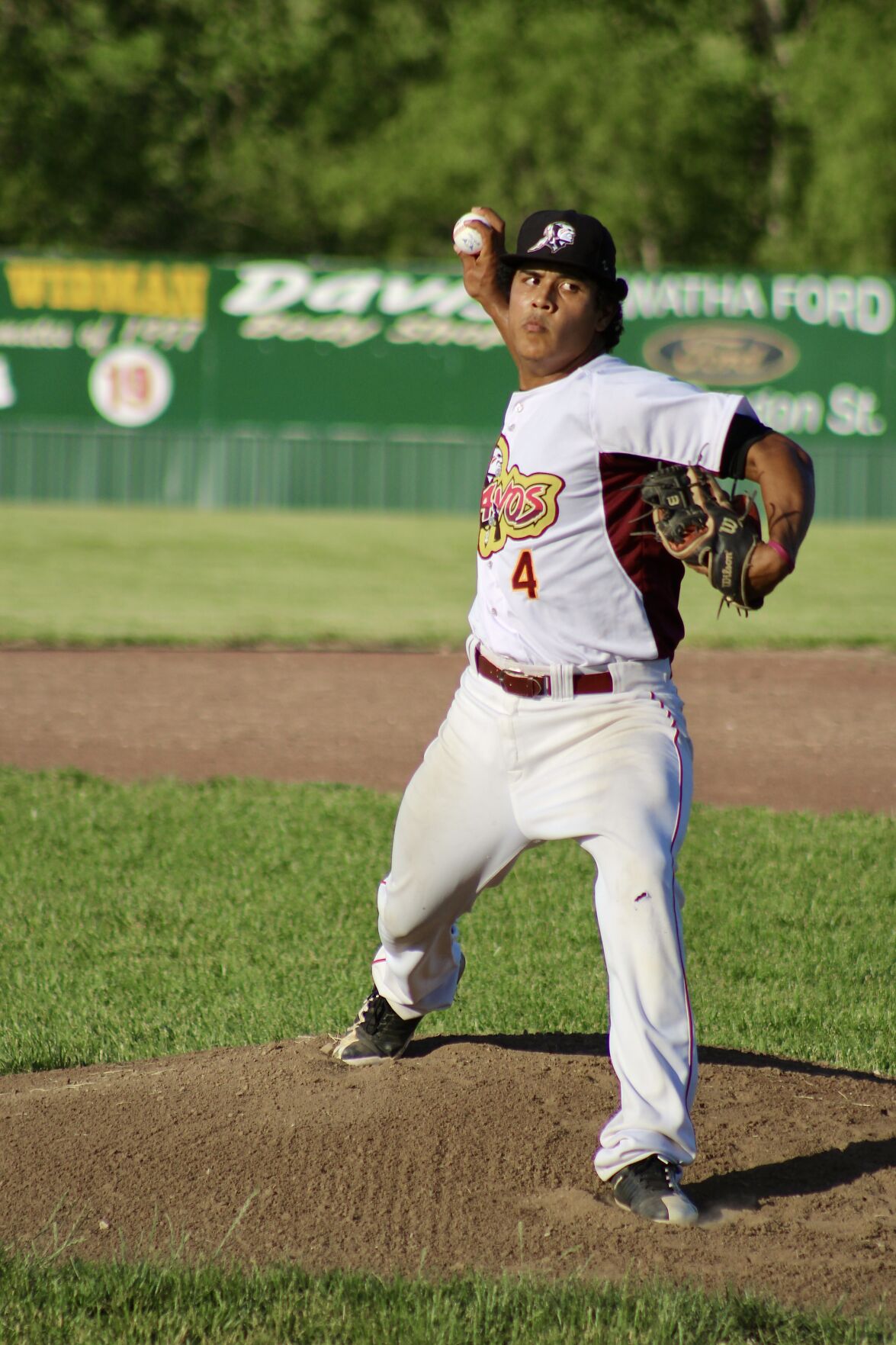 Diego Oquendo reaches back to throw a pitch against Lawrence on Monday. 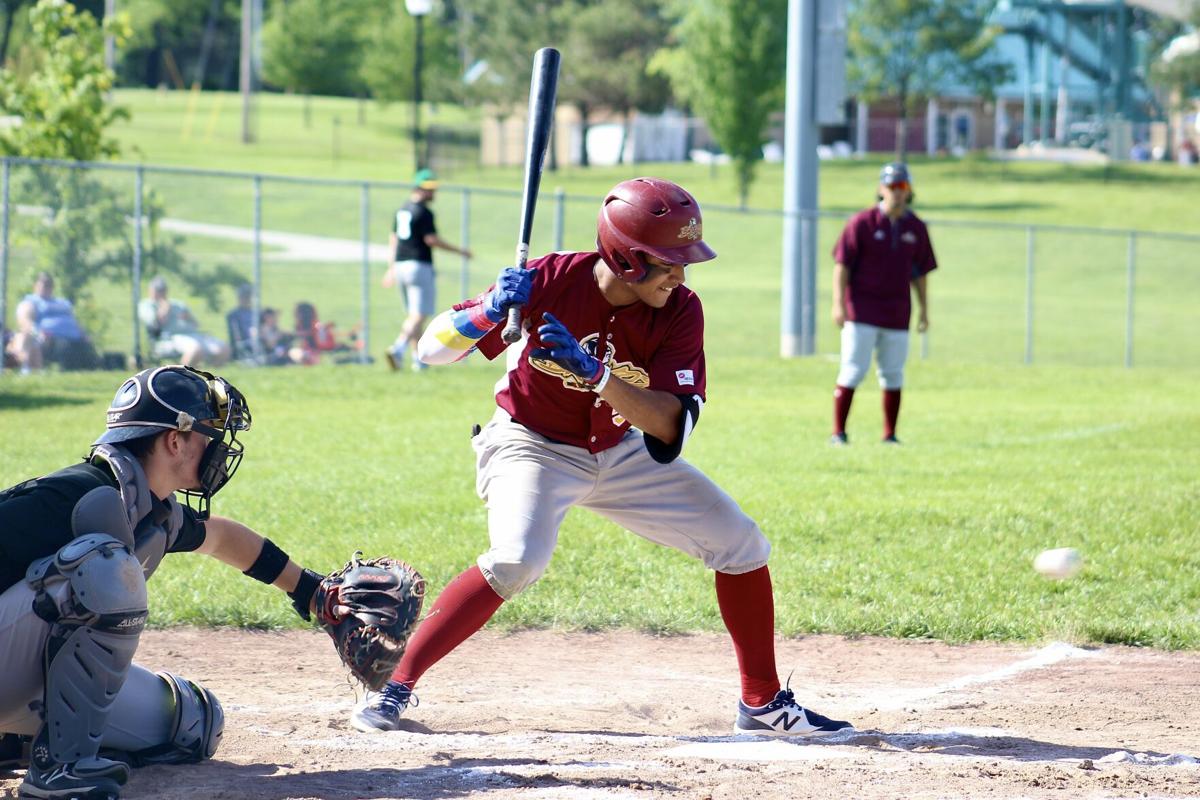 Ivan Medina steps back to watch a ball go by. 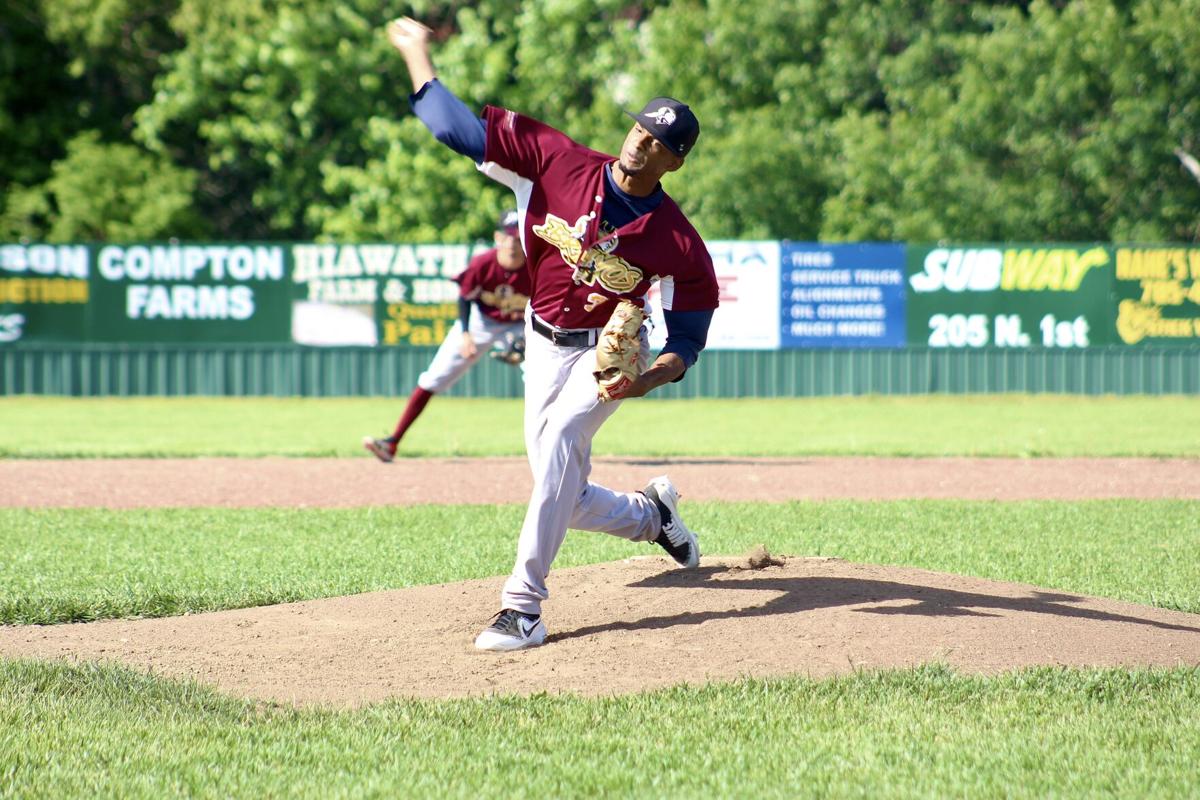 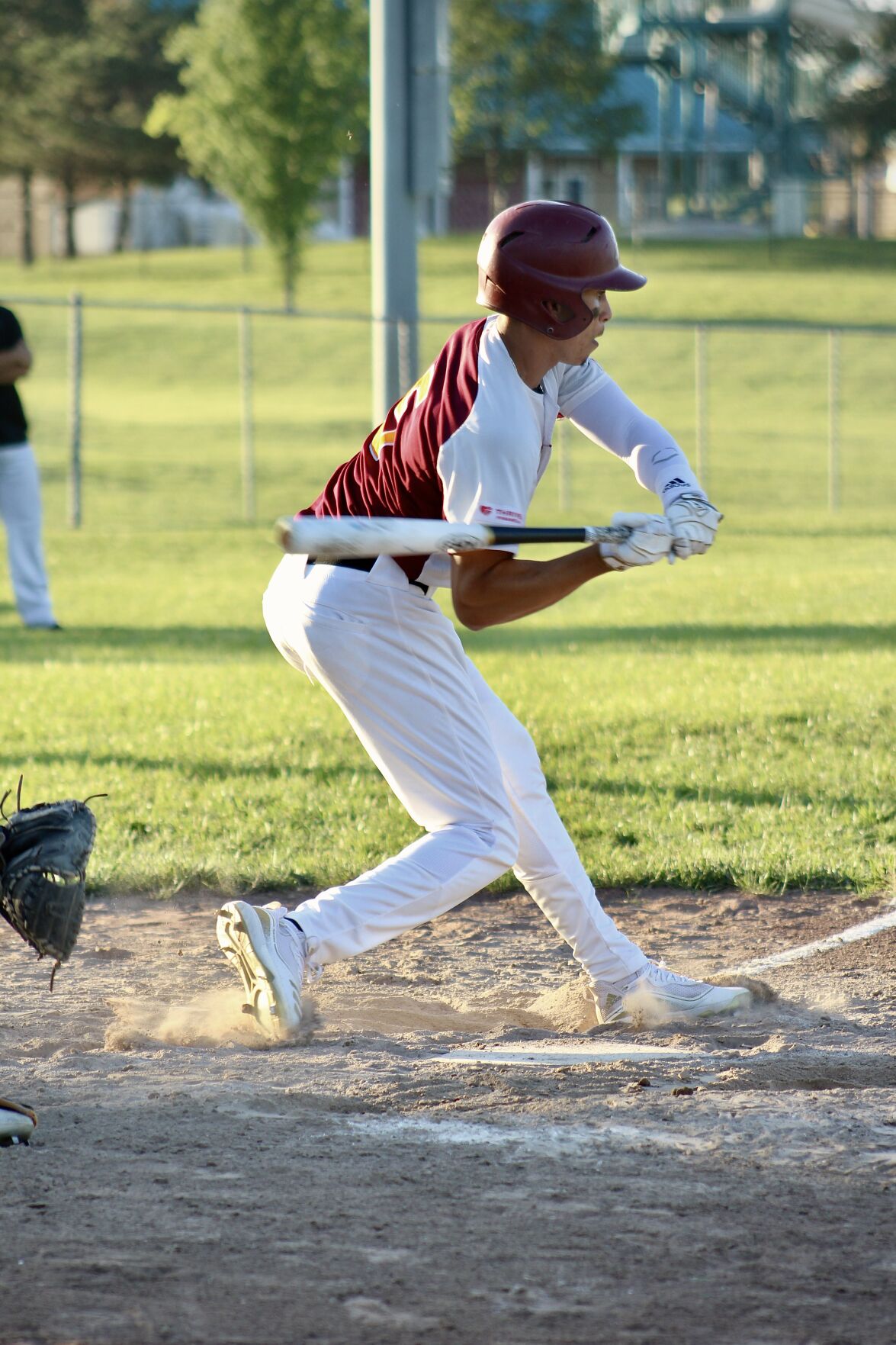 Welington Morla takes aim at a pitch in Monday night’s game at Hiawatha.

The Bravos stand at attention for the playing of the National Anthem at Noble Park.

Diego Oquendo reaches back to throw a pitch against Lawrence on Monday.

Ivan Medina steps back to watch a ball go by.

Welington Morla takes aim at a pitch in Monday night’s game at Hiawatha.

The Sabetha and Hiawatha Bravos got their season kicked off with a busy week.

The team opened regular season play with the Kansas City Monarchs last Wednesday, followed by a doubleheader on Saturday with the Midwest A’s, then back-to-back games with the Lawrence Travelers, at Hiawatha on Monday and in Lawrence on Tuesday.

The Bravos took awhile to get rolling against the Monarchs, but once they warmed up, they were on fire, scoring 6 runs from the 6th inning on, on their way to a 7-0 win. Isaac Guzman went 3-4 on the day with 2 RBIs, 2 runs and a double, while Wilfredo Aguilar and Orlando Lorduy each went 2-5 with a pair of RBIs, with Lorduy adding a double. Takeru Kageyama picked up a triple with his only hit of the day. Diego Oquendo, Juan Benjamin, Julian Galindo and Rodrigo Pena combined for 12 strikeouts on the mound and gave up a single hit.

The Sabetha squad led 2-0 heading into the 6th inning of Saturday’s first game with the Midwest A’s, but the visitors knocked 7 runs over the next two innings to push to a 9-5 win. Ivan Madina went 2-4 on the day, while Aguilar was 2-4 with an RBI and a walk. Kageyama was 3-4 at the plate, with 2 RBIs and a double, and Birgilito Santant was 2-4 with an RBI, a run scored and a walk. Samuel Mendez started the game strong from the hille, going 4 innings of 1-hit ball, but the bullpen could not hold together. In game 2, Alejando Pina, Jhovanny Valdez and Lorduy had the Bravos’ only 3 hits. Jeremy Williams scored the team’s only run, knocked in by Eric Carrero.

At Hiawatha on Monday night, the Bravos picked up a 10-4 win after breaking things open late in the game. Aguilar went 2-5 on the day, Pina went 1-2 with an RBI, 2 runs and 2 walks, Kagaeyama scored 3 times on 2-3 hitting with an RBI and a walk, and Valdez went 2-4 with a run and an RBI. Diego Oquendo started for the Bravos, with Anthony Rubio and Alexander Garcia finishing things off in relief.

Down 5-0 at Lawrence the following night, the Bravos stormed back with 6 runs, but could not hold the Travelers back, as they scored 4 in the 7th to put the game away with a 10-7 win. Aguilar went 2-4 on the day with a run scored, while Ryan Webster had his best day of the season, going 2-5 with a pair of runs, and an RBI on a solo homer. Carrera went 2-4 with a run, and Lorduy was 1-3 with an RBI and a double.

Six years ago, he was fleeing war. This year, he's competing at the Olympics