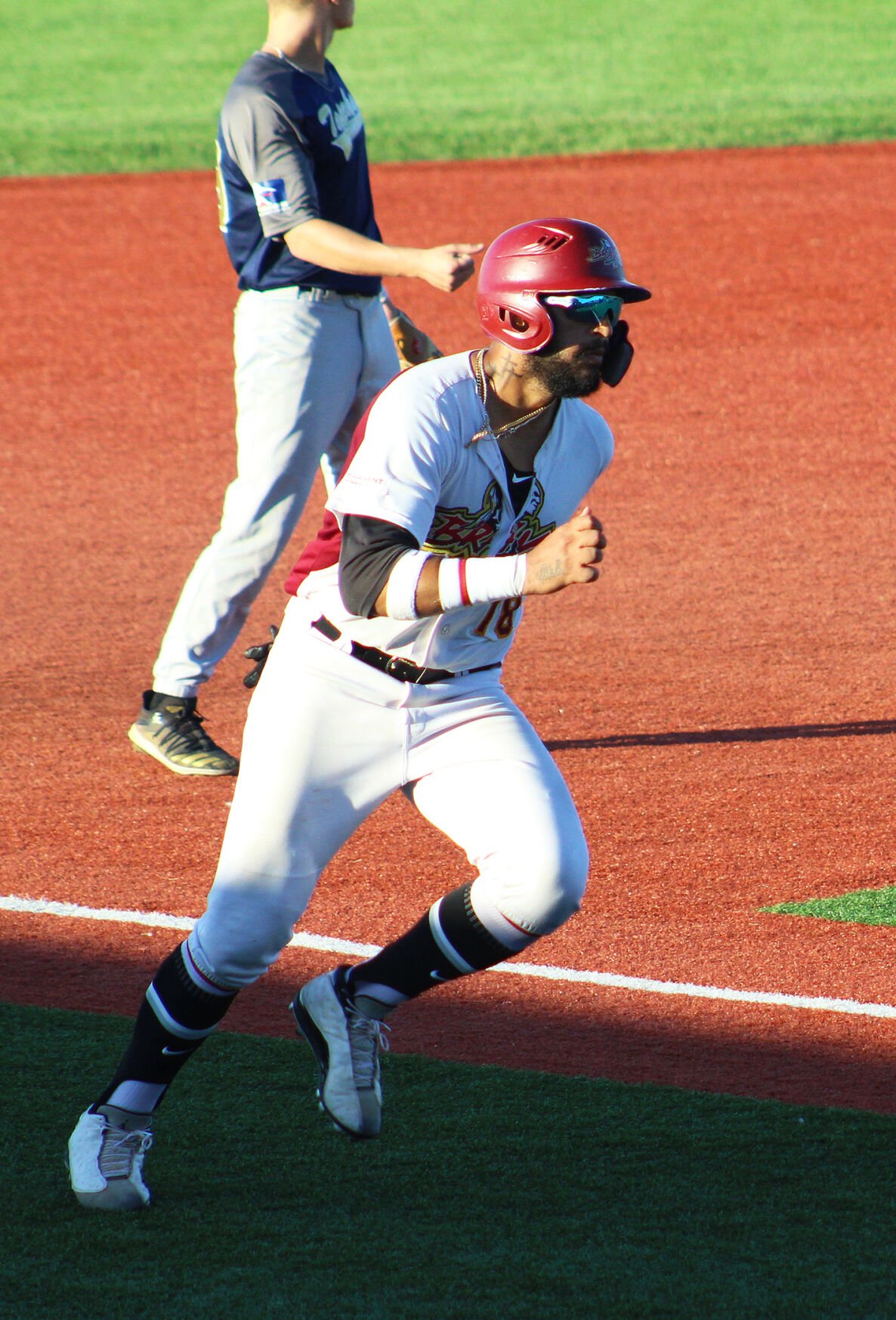 Bryant Waltemath rounds third on his way home to score against Topeka. 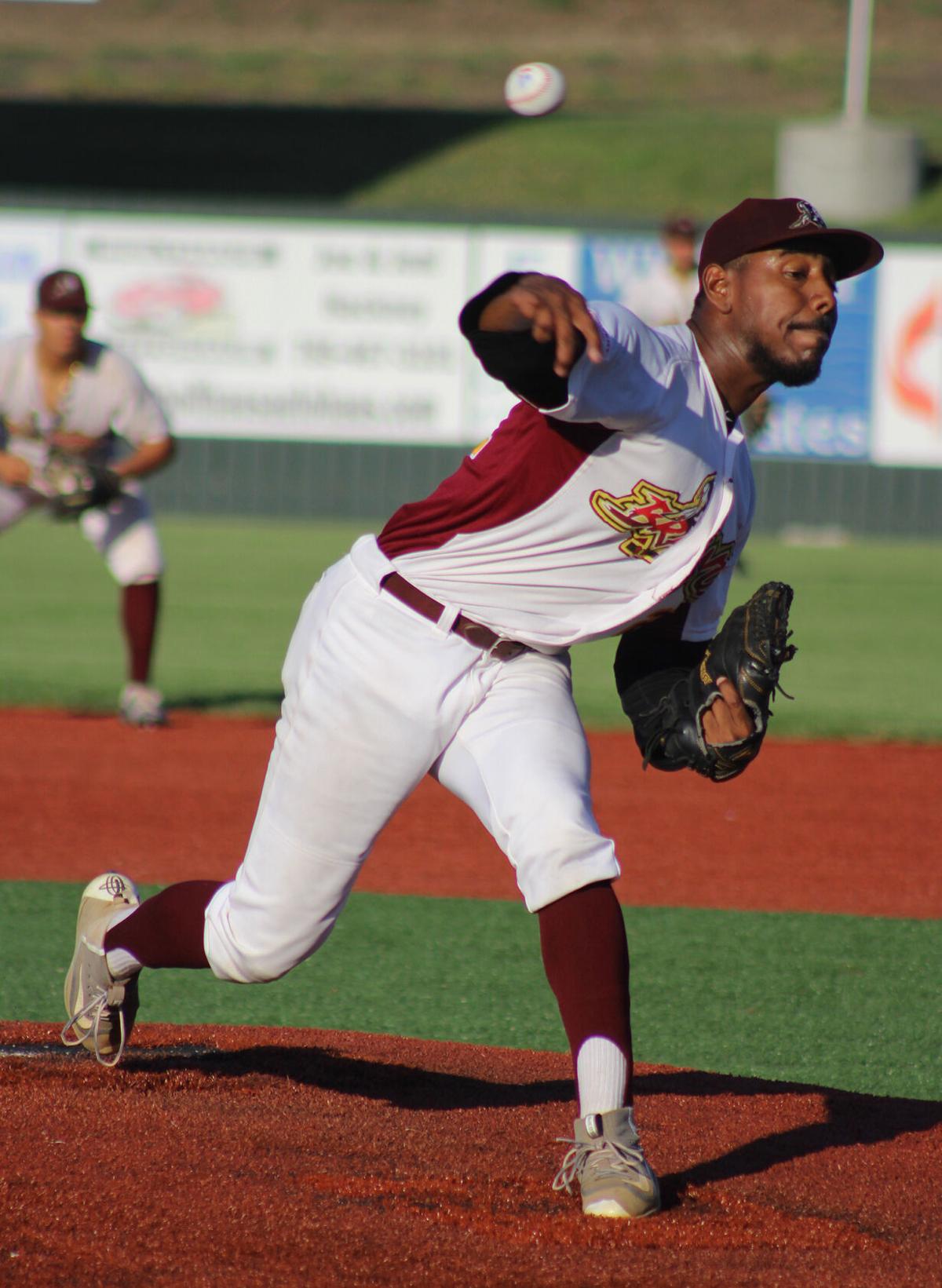 Daniel Castillo launches a pitch at Topeka in a semi-final game. 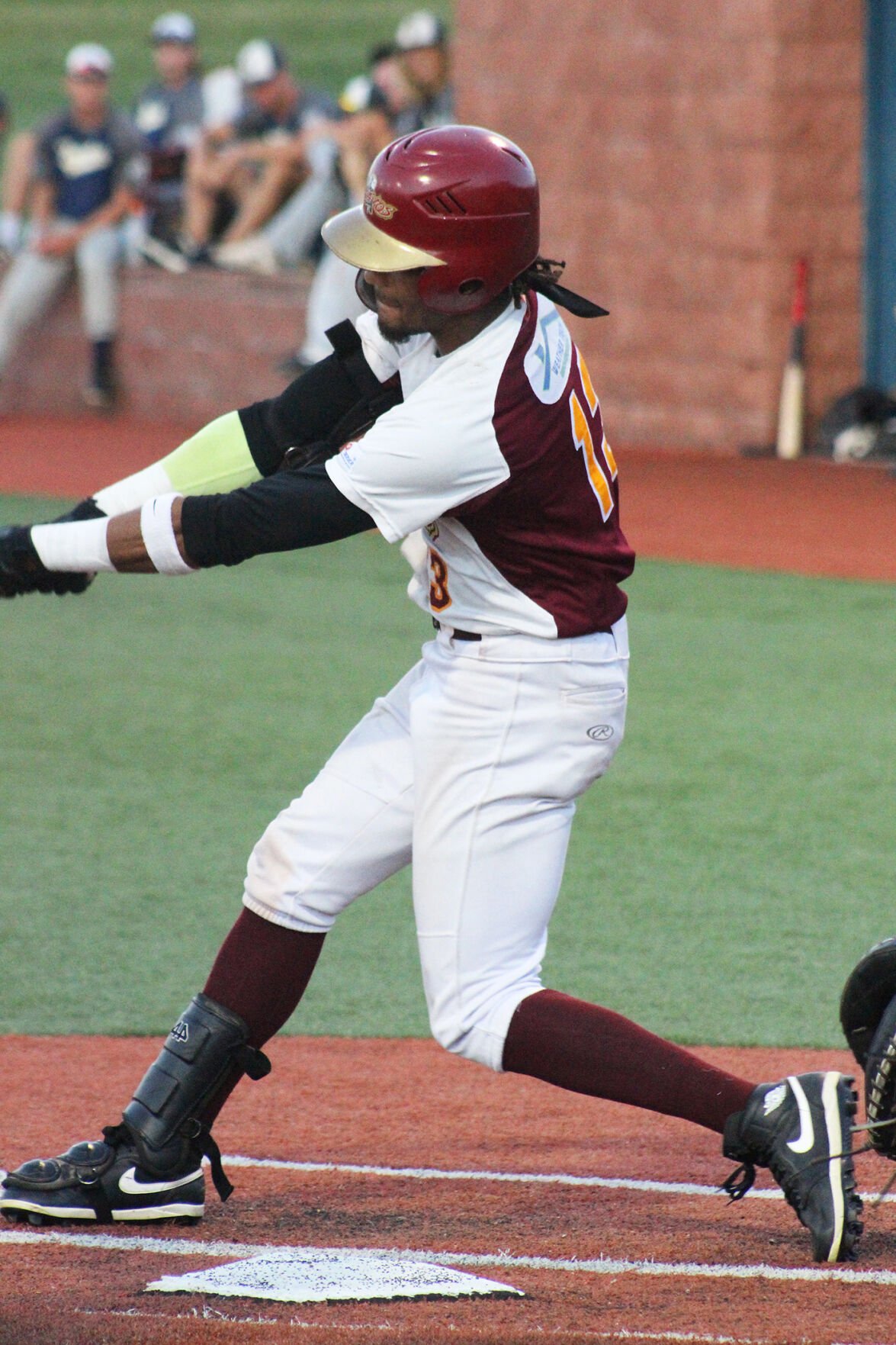 Raymond Guerrero connects with the ball during a game against Topeka. 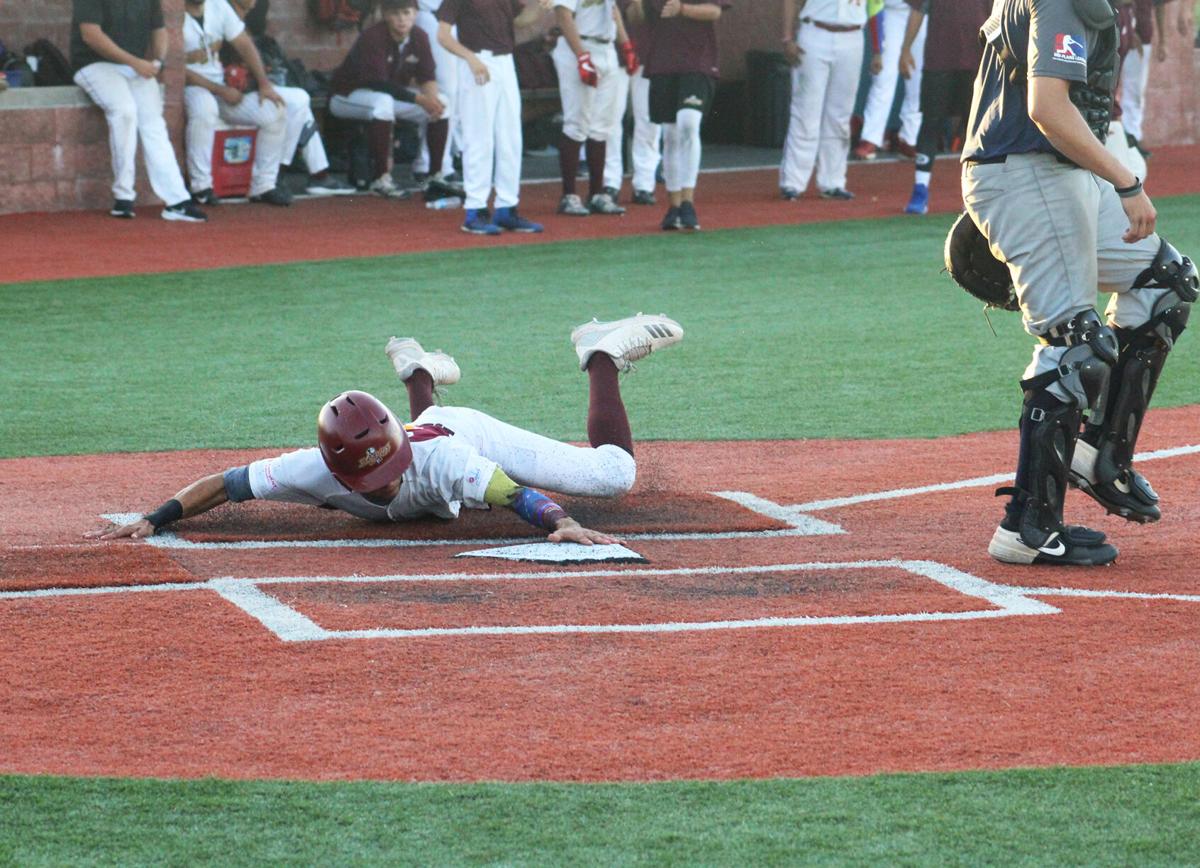 Bryant Waltemath rounds third on his way home to score against Topeka.

Daniel Castillo launches a pitch at Topeka in a semi-final game.

Raymond Guerrero connects with the ball during a game against Topeka.

The Sabetha Bravos took another step on their outstanding late-season run last weekend, as the team took place in a local playoff semifinal with heated rivals, the Topeka Golden Giants, and came away with a pair of convincing wins to propel them into this week’s championship series.

The Bravos opened the playoff on the road at Topeka, and Sabetha overcame a back-and-forth affair to put an exclamation point on the game in extra innings for a 9-5 win. After Topeka got a run on the board in the first inning, the Bravos scratched 2 across in the third to take a lead. Sabetha built another run into their advantage in the top of the sixth, then Topeka clawed back for a tie heading into the seventh, and took a one-run lead in that inning. The Bravos put 2 on the board in the ninth to go up by 5-4, but the Giants were able to force extra time with a run of their own in the bottom of the inning. But it was Sabetha doing the big damage in the 10th, scoring 4 runs and holding Topeka down to wrestle away the win. In the pivotal inning, Alejandro Pina smashed a double to score Carlos Sanchez and Bryant Waltemath, then Gustavo Rivera drilled a homerun over the left field wall to add 2 more runs and seal the game.

Nelson Vera went 3-5 on the day, scoring once and knocking in 1 RBI, while Wilfredo Aguilar, Pina and Rivera finished with 2 hits and 2 RBIs each. Diego Oquendo and Juan Santelises split the game on the mound, with Oquendo allowing 5 hits and 3 runs over 5.2 innings, striking out 2 and walking 4, and Santelises striking out 6 over 4.1 innings, allowing 4 hits and 2 runs and surrendering 4 walks.

The floodgates broke open the following night, as Sabetha unloaded on the visiting Golden Giants for a 13-1 win. Sabetha went up 4-0 in the second inning, then the teams traded runs in the third, and Sabetha tacked on another 4 in the fourth and added 4 more over the sixth and seventh to close out the game.

Santelises led the offense, going 3-4 with 3 runs scored and 4 RBIs, including a home run. Sanchez went 2-2 with 2 runs and 2 RBIs, and Aguilar also punched in 2 RBIs. Daniel Castillo dominated the Giants on the mound, tossing 7 innings and giving up just 4 hits and a run while striking out 6 and walking 4.

The semifinal win sets up a showdown for bragging rights against the Midwest A’s on Wednesday, Thursday and Friday with the early game on the road and the second game Thursday at Sabetha with an if-needed game Friday at Midwest for the best 2-of-3 series. However Wednesday’s game was rained out and the start pushed of the series pushed to Thursday — if the rain stopped. Otherwise the series could run Friday-Sunday.

Commissioner: Nebraska can't remain member if it plays this fall