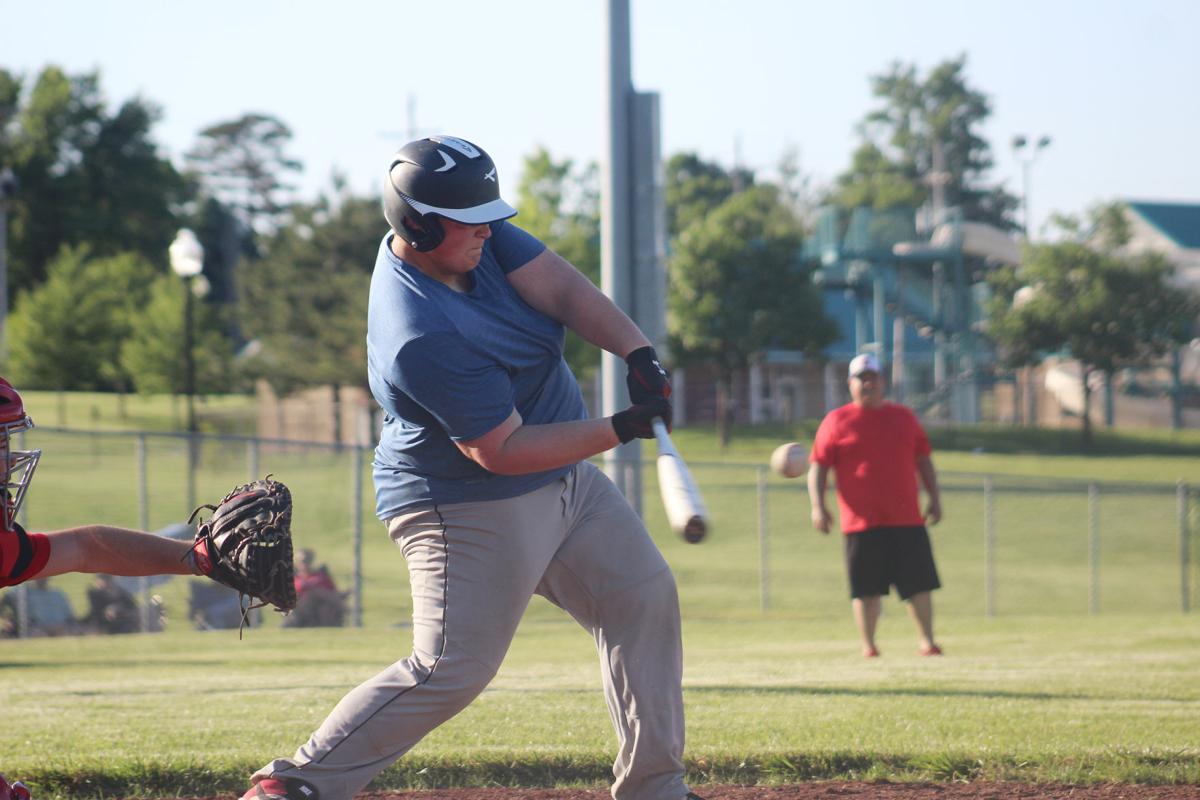 Jarrad Twombly takes aim at a pitch while Cody Nevels catches at a scrimmage last Friday at Noble fo9U and 17U teams. 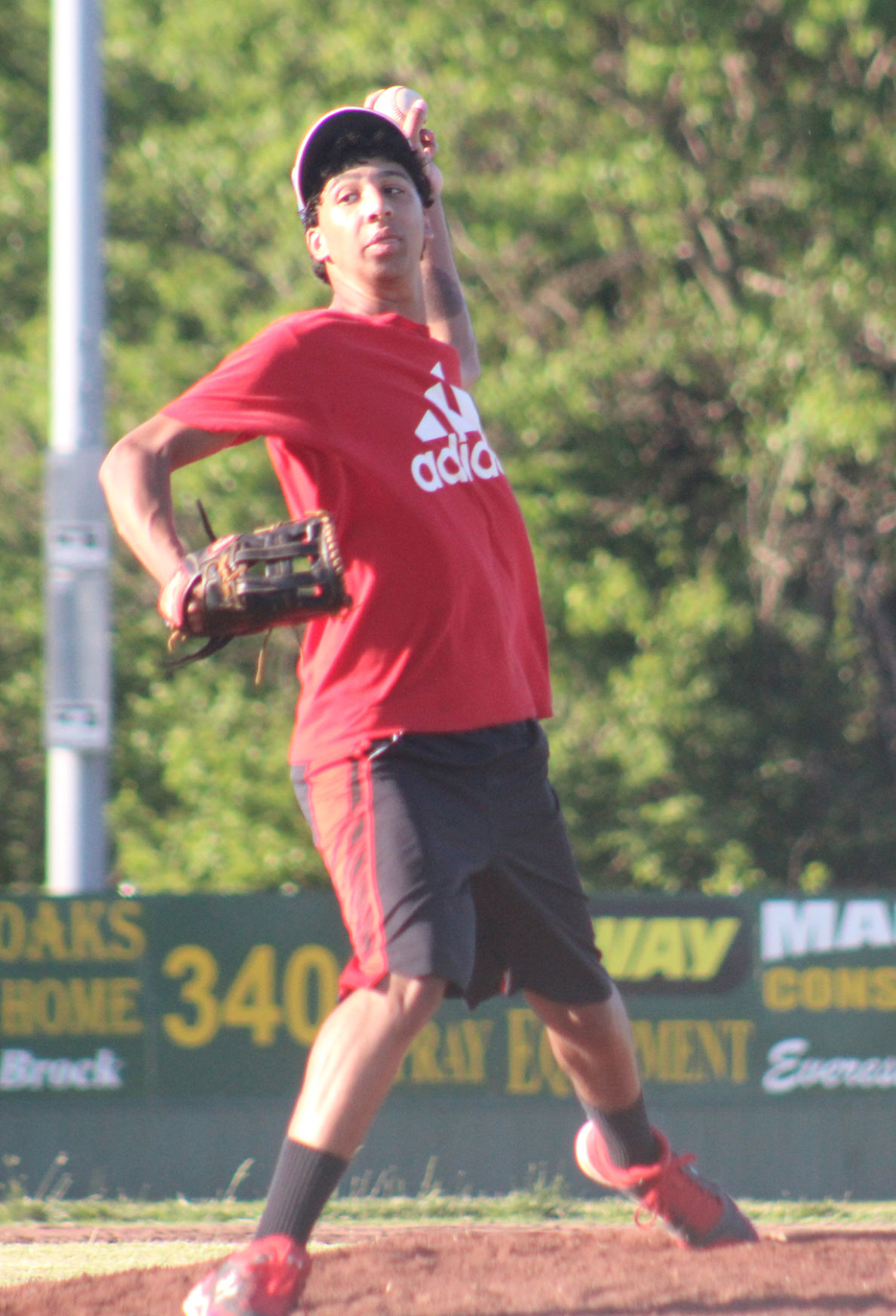 Gabe Corbett reaches back to throw a pitch during a practice scrimmage Friday night for the 19U and 17U Hiawatha boys teams at Paul Rockey Memorial Stadium.

Jarrad Twombly takes aim at a pitch while Cody Nevels catches at a scrimmage last Friday at Noble fo9U and 17U teams.

Gabe Corbett reaches back to throw a pitch during a practice scrimmage Friday night for the 19U and 17U Hiawatha boys teams at Paul Rockey Memorial Stadium.

It will be an abbreviated season for Hiawatha’s high school age summer baseball squads, but with every game on the road, it may feel as long as a typical professional season, but with the spring season taken away by the COVID-19 crisis, the boys are ready to play some baseball, and they got that opportunity on Friday night, as the junior and senior teams faced off in a scrimmage to prepare both teams for live baseball that will get underway this weekend.

16 and under coach Ryan Meininger said the varsity group got the better of the action, as expected, but liked what his squad showed in stretches against competition unlike anything they have seen. “All four of their pitchers have played high school and Legion ball the past few years, and our team is mostly made up of freshmen that missed their only high school season, so we saw our kids trying to catch up to the pitching,” said Meininger, adding, “but we also saw a bunch of really good at-bats and kids working their way on base despite being outmatched by older kids.”

Both squads will get their seasons underway on Sunday, as the senior group will head to Corning for a 3 o’clock doubleheader, while the junior team will take on Oskaloosa.