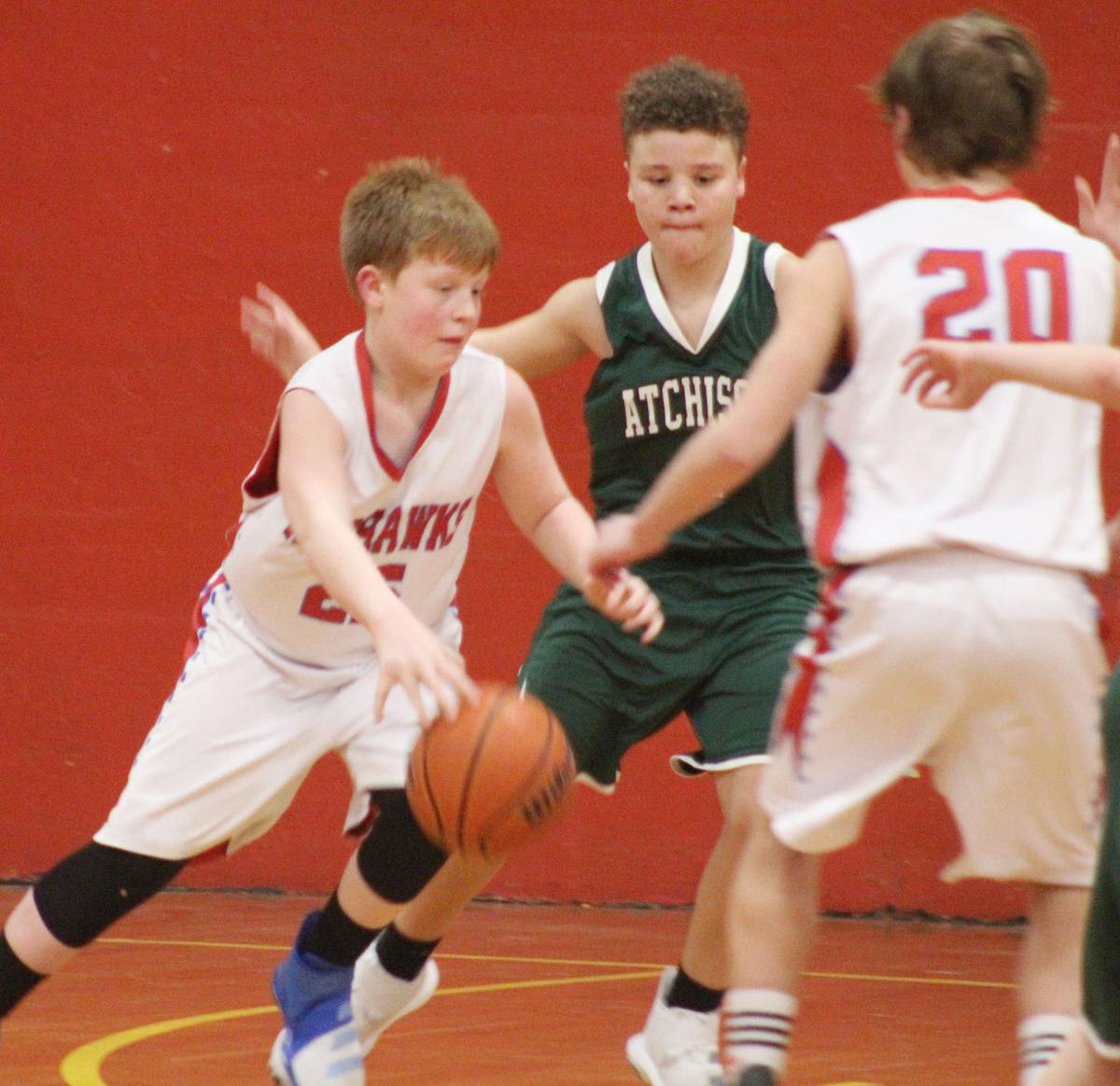 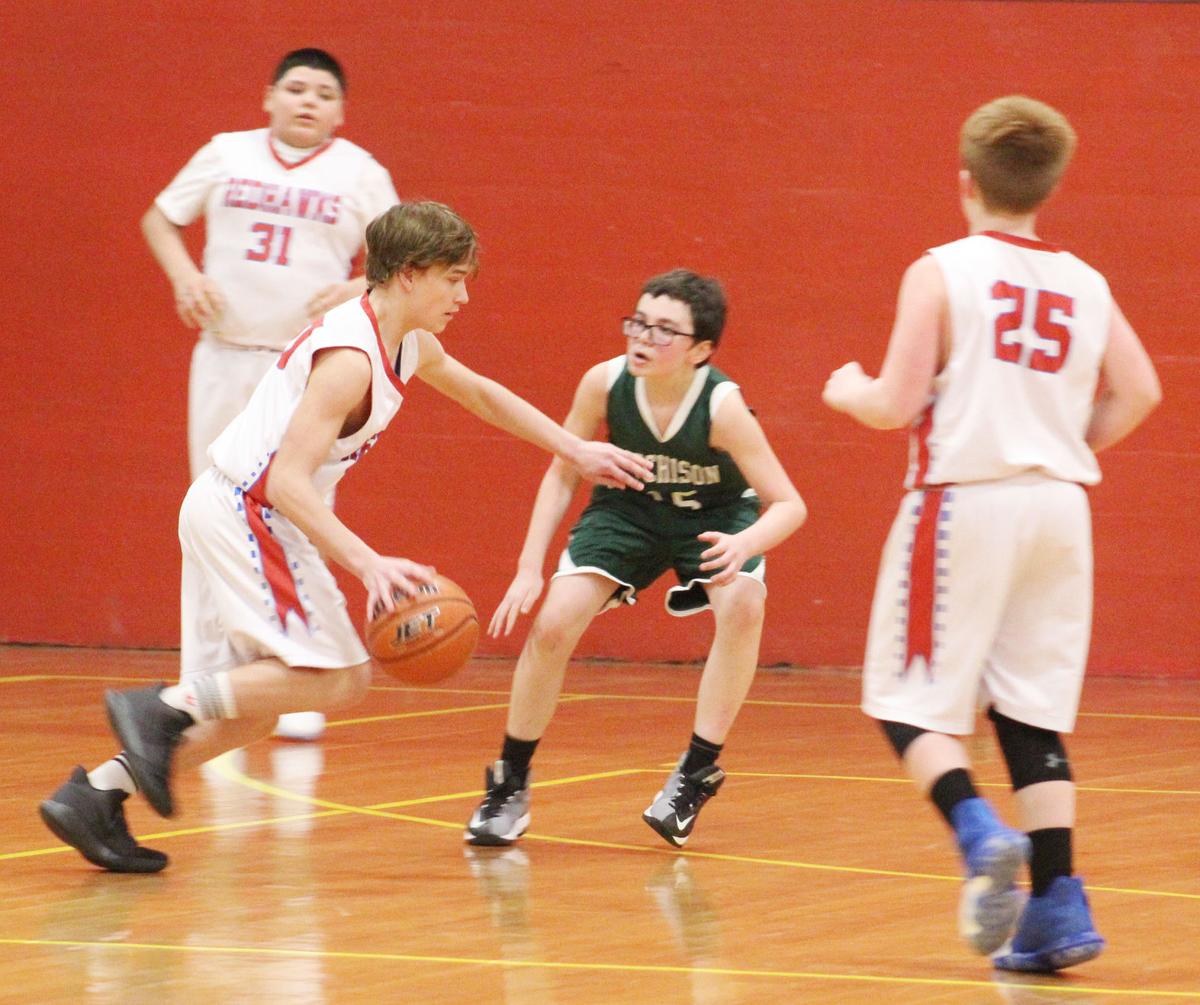 Josiah Sanderson dribbles the ball around an Atchison defender while Jose Valencia (31) and Blake Simpson (25) back him up. 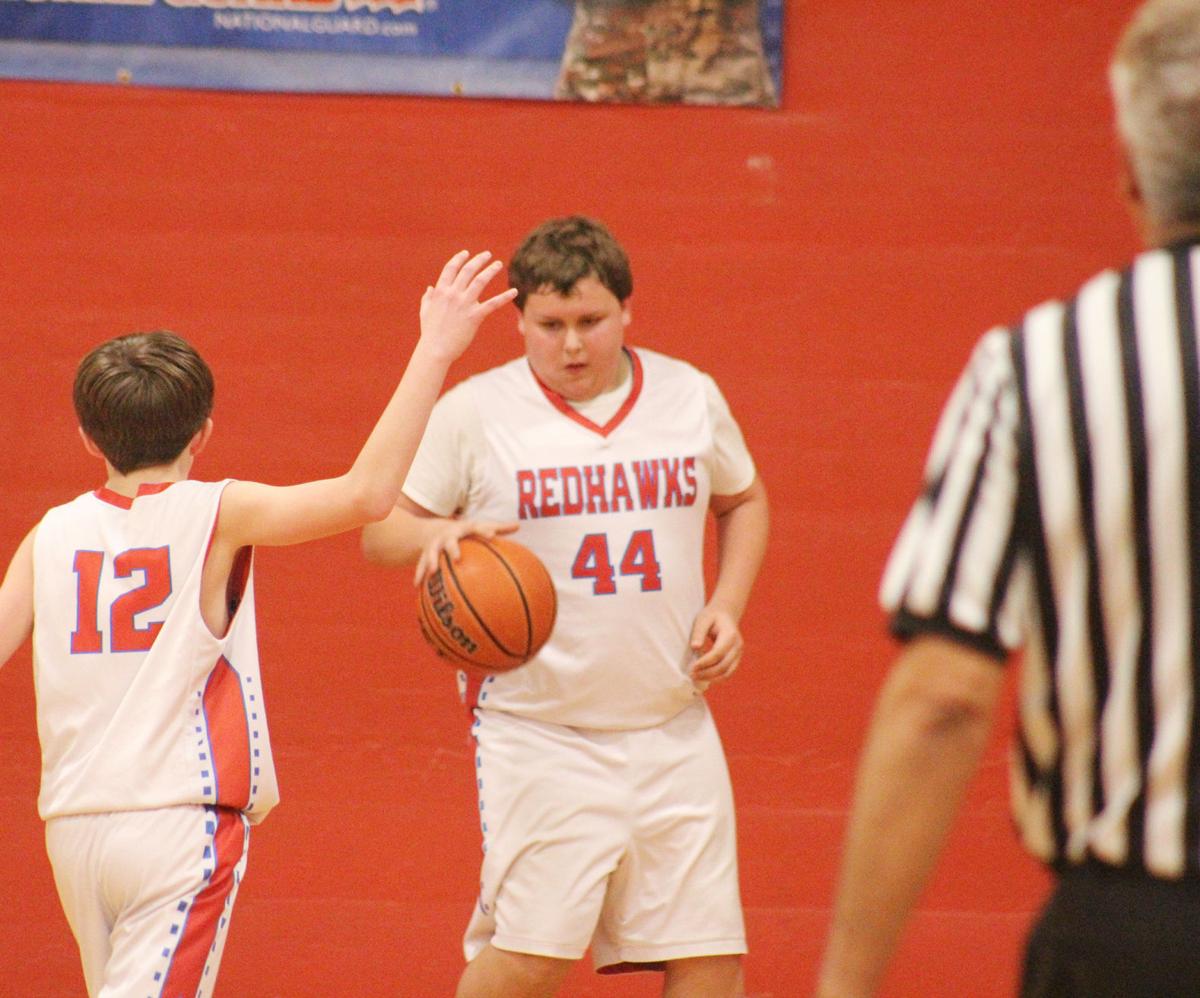 Seventh grader Marcus Hinton looks to pass the ball in to Gage Cappleman (12).

Josiah Sanderson dribbles the ball around an Atchison defender while Jose Valencia (31) and Blake Simpson (25) back him up.

Seventh grader Marcus Hinton looks to pass the ball in to Gage Cappleman (12).

On Jan. 9, the teams played Royal Valley. The seventh grade A team won 58-24 with scoring as follows: Boswell 23, Winder 8, Kettler and Wahwahsuck 7 each, Newell 4, Grathwohl 3, and Oldham 2.

The seventh grade B team lost 24-23, with scoring: Simpson 9, Sanderson 7, Monaghan and McGrew 3 each and Valencia 1.

“This game was night and day from our first game,” said Coach Matt Morton. “The boys came out and played like I know they can, scoring 15 points in the first quarter and getting out to an early lead. Royal Valley hung in there though and was able to chip away at our lead and made a few more plays at the end to secure the win against us.”

Hiawatha teams played at home on Tuesday against Atchison.

“We really never put our best foot forward,” she said.

Scoring included Kettler and Boswell 3 each, Wahwahsuck 2 and Newell 1.

The B team lost 39-18 with scoring: Simpson and Valencia 4 each, McGrew and Cappleman 3 each, Pyle and Hinton 2 each.

“Atchison came out on fire and we got behind early,” Coach Morton said. “I feel like we started to press a little and got sped up. Turnovers really hurt us. When we were able to settle down and run our offense we did OK.”

“They jumped to an early lead and with JJ McQueen and Felix McCartney scoring four points each in the first quarter,” Coach Morton said. “It was back and forth the rest of the game and we made just enough plays to hang on for the win.”

A beam and all-around victory for Hu, Porter springs first place on vault