Sign Up
Log In
Purchase a Subscription
You are the owner of this article.
Edit Article Add New Article
You have permission to edit this article.
Edit
Home
eEdition
News
Schools
Sports
Obituaries
Opinion
Hometown
Special Sections
Multimedia
Marketplace
Celebrations
1 of 4 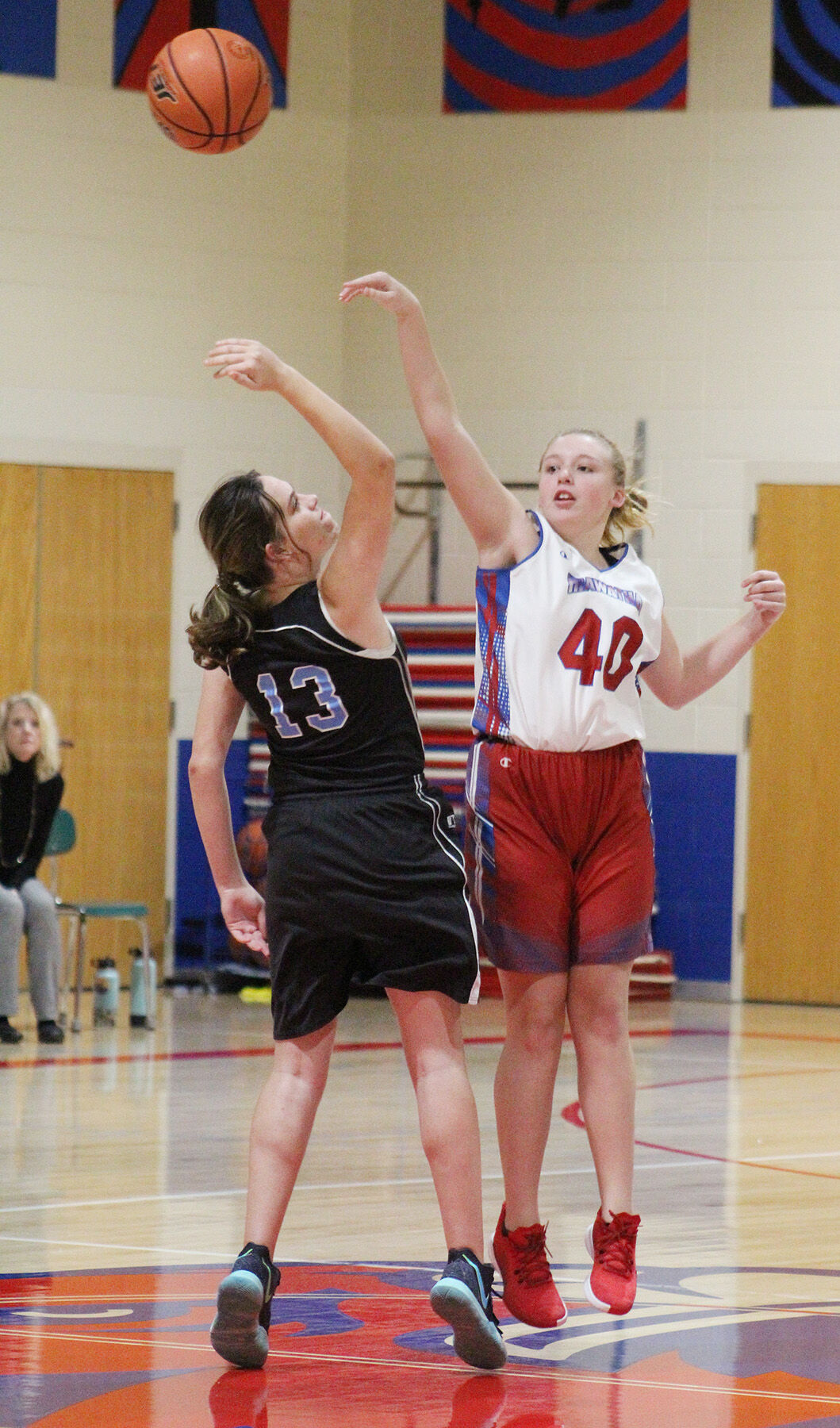 Hiawatha’s Remy Siebenmorgen goes up to snag the ball in the tip-off of the seventh grade game Monday against Riverside. 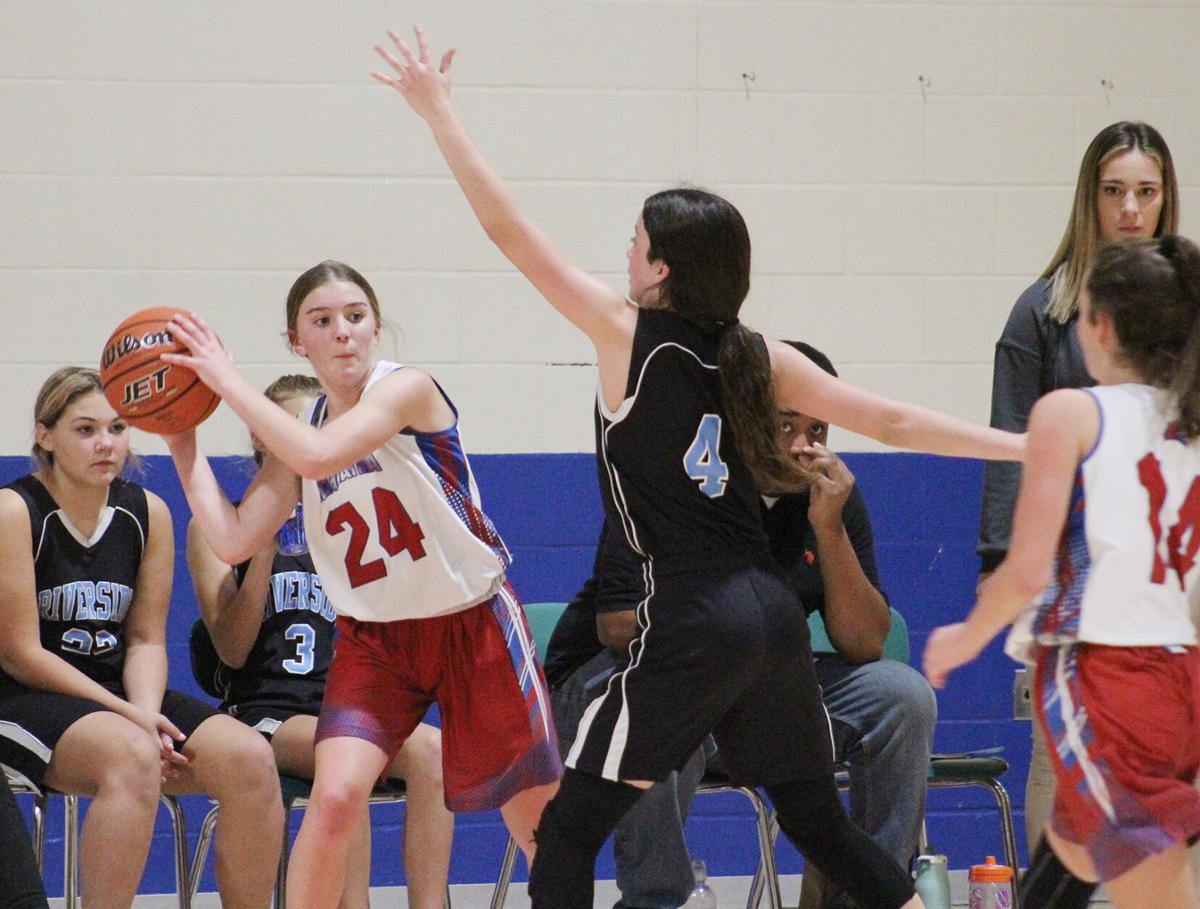 Kaeleigh Ruckman looks to pass the ball in the eighth grade game. 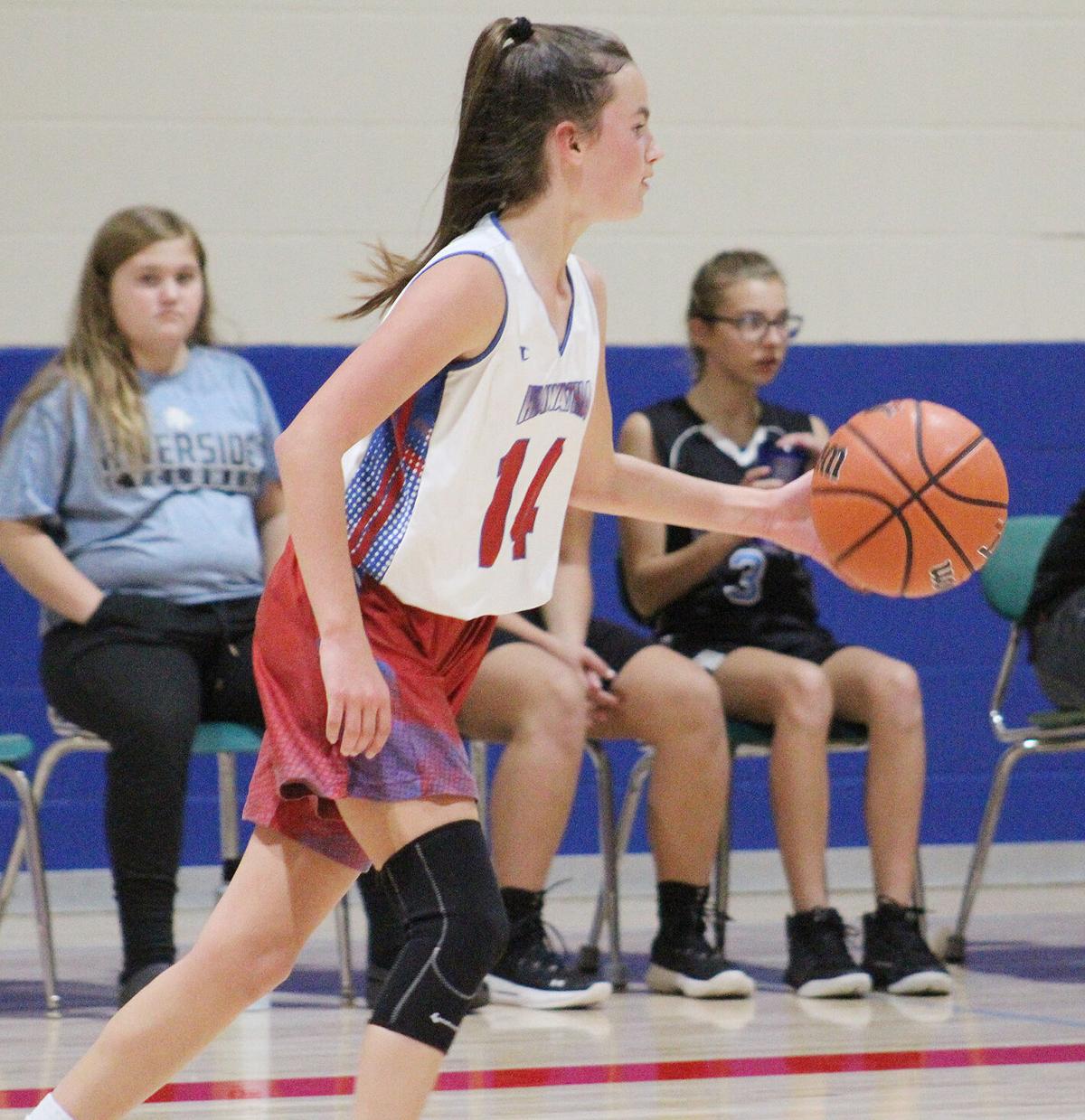 Adison Williams drives the ball up the court in the eighth grade game Monday night. 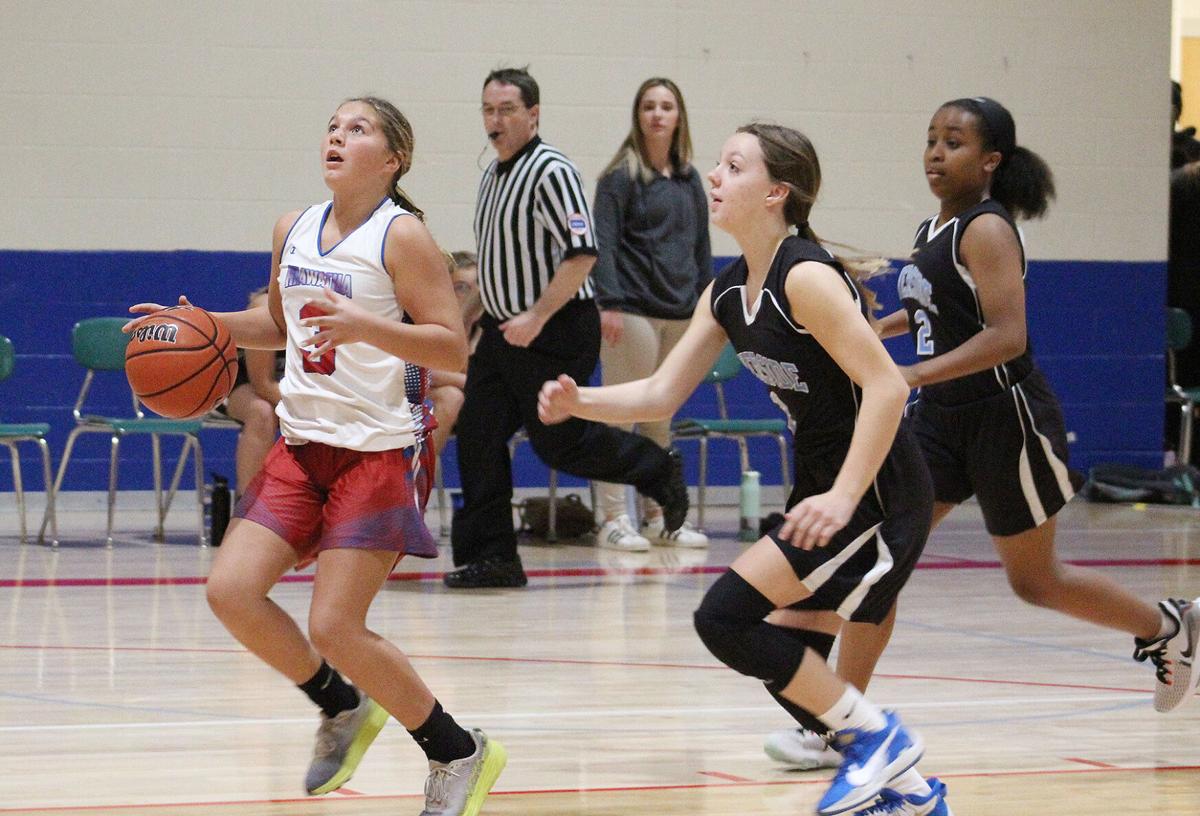 Kylie Nelson drives in to make a basket in the seventh grade game.

Hiawatha’s Remy Siebenmorgen goes up to snag the ball in the tip-off of the seventh grade game Monday against Riverside.

Kaeleigh Ruckman looks to pass the ball in the eighth grade game.

Adison Williams drives the ball up the court in the eighth grade game Monday night.

Kylie Nelson drives in to make a basket in the seventh grade game.

The eighth grade improved to 10-1 after a 24-17 win over Riverside at home Thursday night.

Coach Brady Jasper said the 8th grade game was a re-match from an overtime thriller 3 weeks ago with another close game.

Jasper said HMS was up 4 points at halftime.

“Riverside came back to tie the game late in the third quarter,” he said. “But Hiawatha executed their offense very well down the stretch of the fourth quarter to secure a 24-17 victory.”

In games last week, Jasper said the girls made quick work of the Sabetha Bluejays, beating them 46-10, moving their conference record to 8-1 on the season and first in the league. Jasper said there are four more league games to play to reach their goal of a league championship.

“Troy brought a very good team to Hiawatha and the game was fast-paced and featured aggressive play from both teams,” he said.

“The third quarter would be tight as well,” he said. “It was the middle of the final quarter before HMS could separate themselves. They managed a 25-14 lead with 4 minutes to play. They were able to come away with a 27-20 victory.”

In seventh grade games, the junior Red Hawks have continued their winning ways.

In games against Holton last week, the seventh grade won 46-10.

“The girls played aggressive and led the whole way,” said Coach Sherri Nelson. “Kylie and Kyndall led the team with 9 steals each! “

Nelson said their press got the Red Hawks off to a good start against Sabetha and kept them going down the stretch for an A team win of 35-19.Scoring foe Hiawatha was: Aubrey Monaghan 11 points, Kylie Nelson 10, Pauly Rockey and Remy Siebenmorgen 6 each, Kyndall Nelson 2.

Latest special teams lapse rings the loudest for Frost, who enters offseason with a big third-phase question to answer