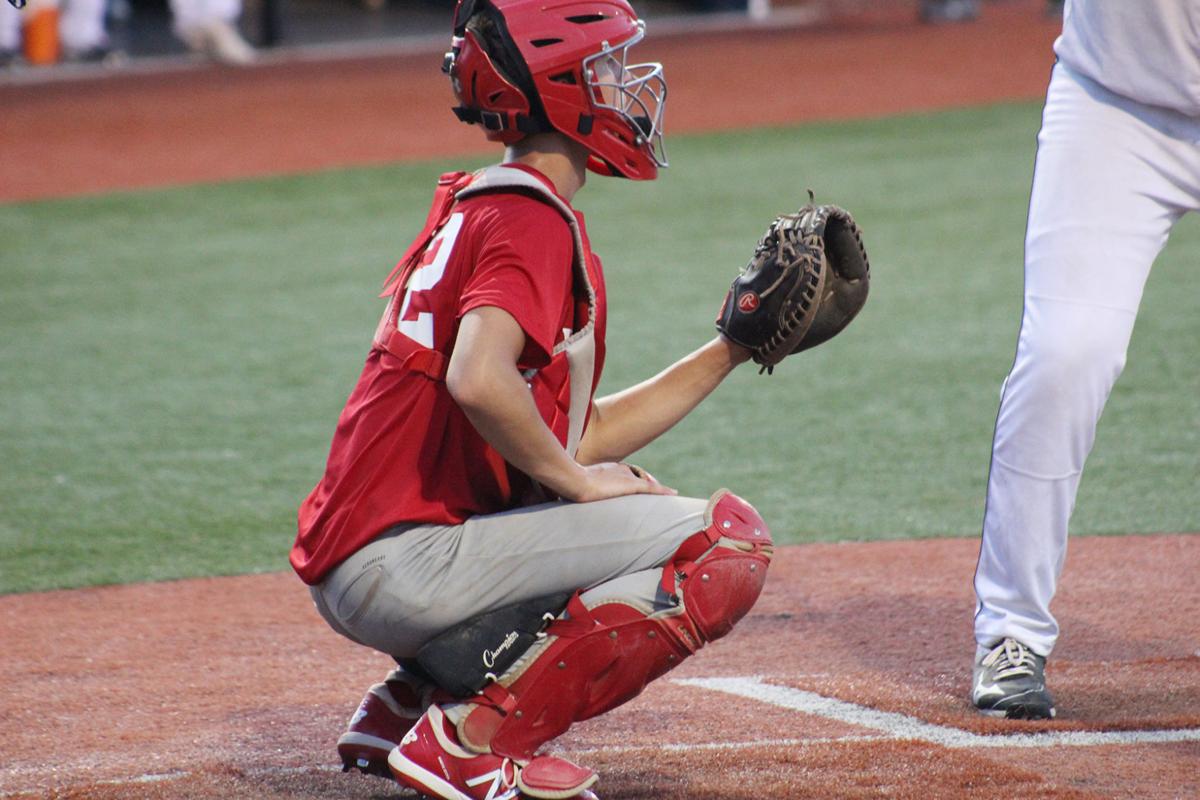 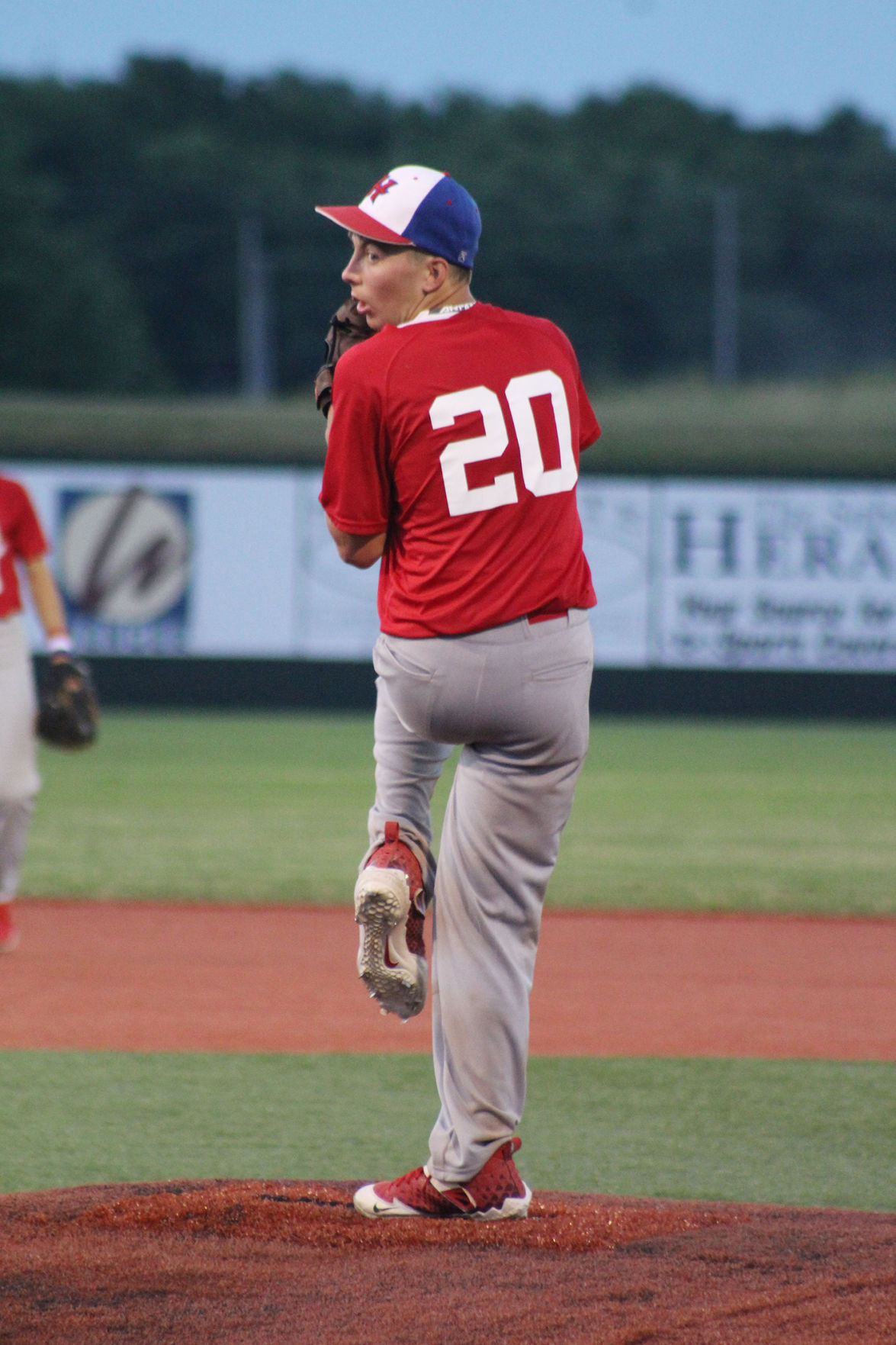 Matthew Monaghan reaches back to throw a pitch against Sabetha in last week’s juniors game. 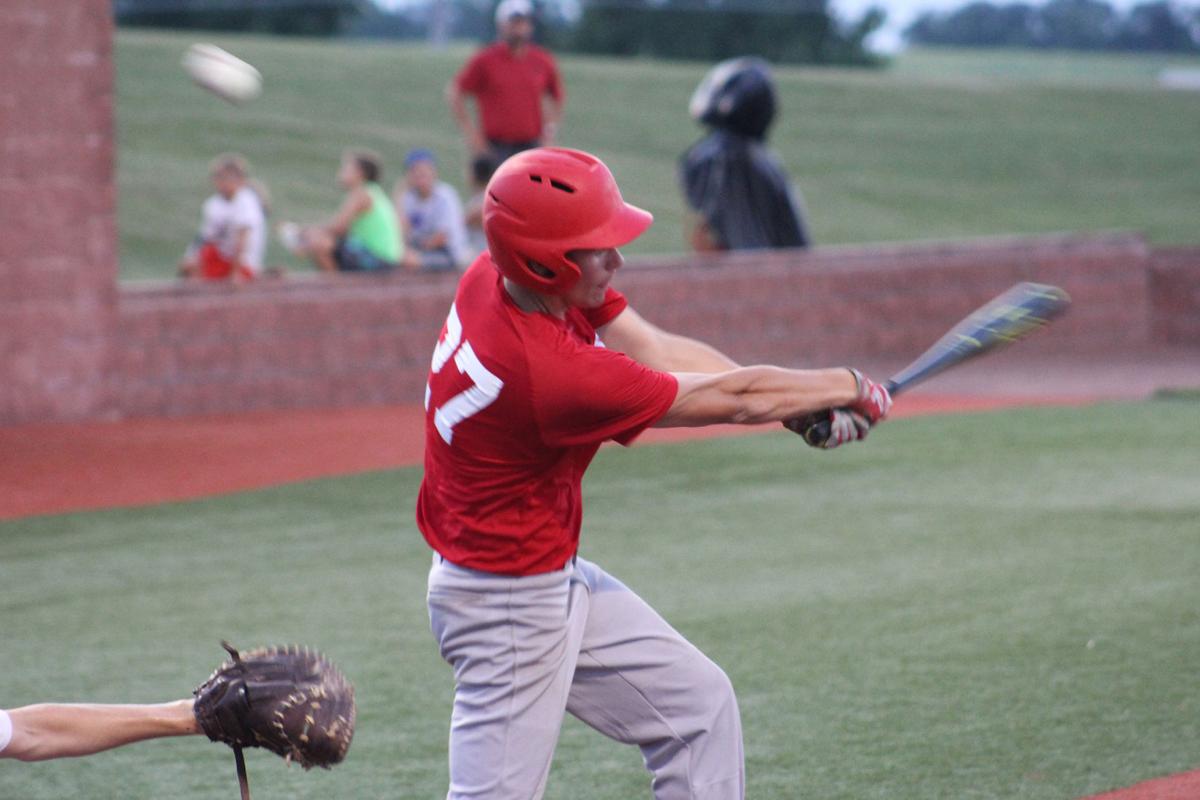 Braydon Griswold fouls off a pitch at the Hiawatha-Sabetha juniors game last week.

Matthew Monaghan reaches back to throw a pitch against Sabetha in last week’s juniors game.

Braydon Griswold fouls off a pitch at the Hiawatha-Sabetha juniors game last week.

The Hiawatha 16-and-under team traveled to Sabetha twice in the past week, going 1-3 against the Nemaha County squad. The Braves took a pair of losses on Friday night, with Sabetha earning 10-6 and 9-8 wins. Hiawatha came back on Tuesday night and unleashed for a 10-0 win, which Sabetha followed with a 10-6 contest.

In Friday’s first game, Sabetha overcame a 3-run second inning from Hiawatha to put up 6 runs in the bottom half of the inning. Hiawatha started the inning to with Matt Monaghan singling in Braydon Griswold and Xavier Oldham, then Monaghan came around to score, as well to go up 3-0. The Braves got two runs back in the third, as Ashton Rockey knocked in Josh Smith and Carter Peters, but Sabetha was able to stretch the lead to 10-5 before the Braves could get back on the board with Griswold knocking in Oldham to settle up the final score at 10-6.

Friday’s game two finished with a shocker, after Hiawatha built up an 8-0 lead after four and a half innings, only to watch it slip away in the end. Monaghan started off the scoring by doubling in Smith, then Brandt Barnhill stole home to go up 2-0 in the first. Barnhill knocked an RBI single in the second, scoring Peters, then Smith scored again on a Griswold walk in the fourth. Up 4-0, Barnhill singled in Peters and Kade Pyle, then Griswold singled in Pyle and Smith to go up 8- in the top of the fifth. But pitching became an issue in the next half inning, as Sabetha poured in 9 runs on just two hits to walk off with the win.

The offense was hot again in the return game on Tuesday afternoon, but it was Barnhill’s work on the mound that stood out, as he shut out the Sabetha squad and struck out 6, allowing just 2 hits over six innings for the win. Carter Peters went 3-3 in the game at the plate knocking in 2 runs and scoring twice, while Josh Smith went 1-3 with a 3-run RBI.

In Tuesday’s final game, Hiawatha grabbed an early lead, but struggled to contain the big inning again, as a 7-run third for Sabetha proved fatal in a 10-6 loss. Smith was 2-2 with a run scored, while Monaghan went 1-2 with a run scored and a pair of RBIs to help lead the team.

The Braves are now 2-6 on the season and visit Sabetha again on Sunday afternoon.

Dak sees himself in Dallas for "Rest of my career"

Harsin: Decision to cancel 2020 season disappointing, but the right call