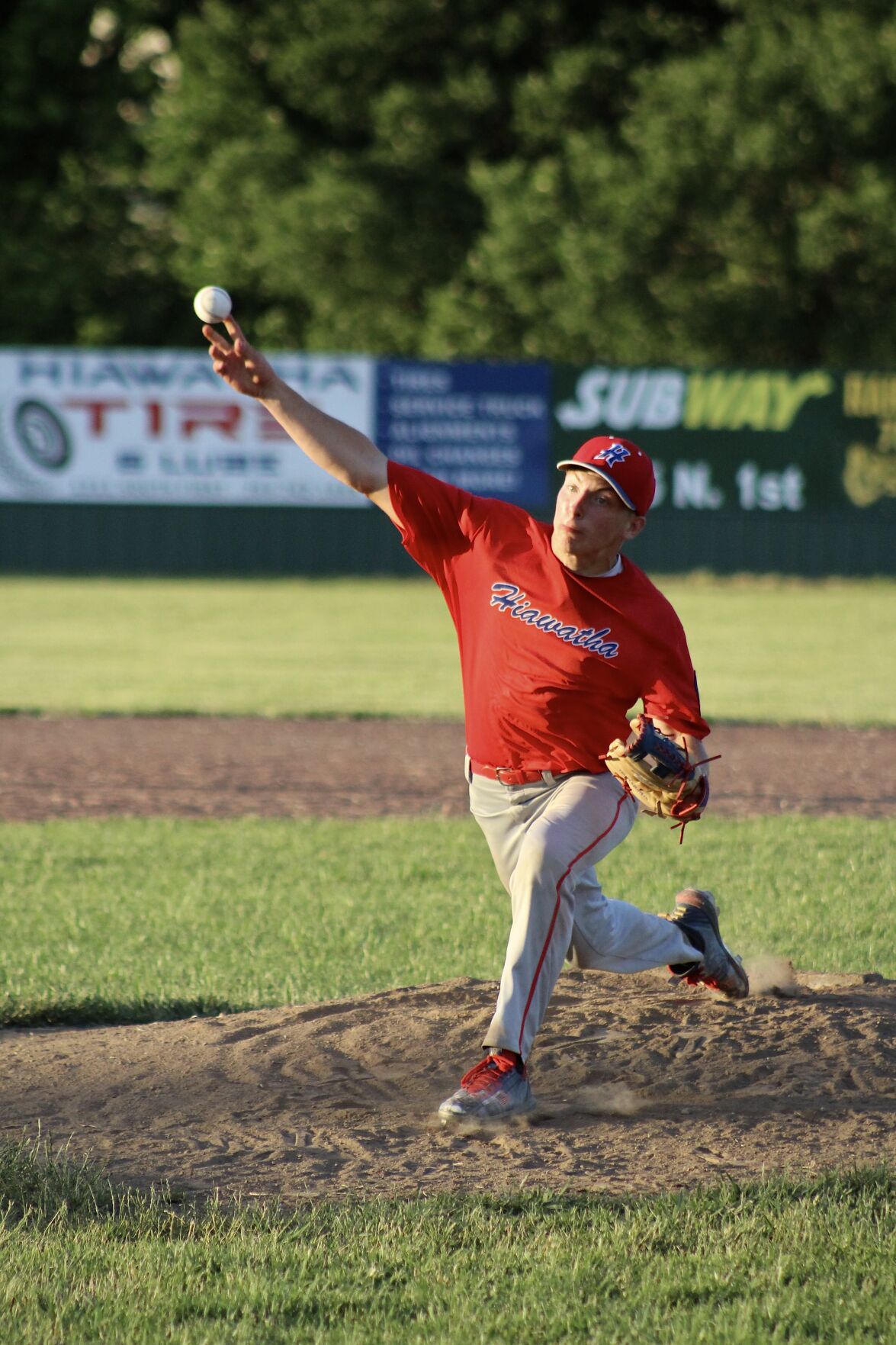 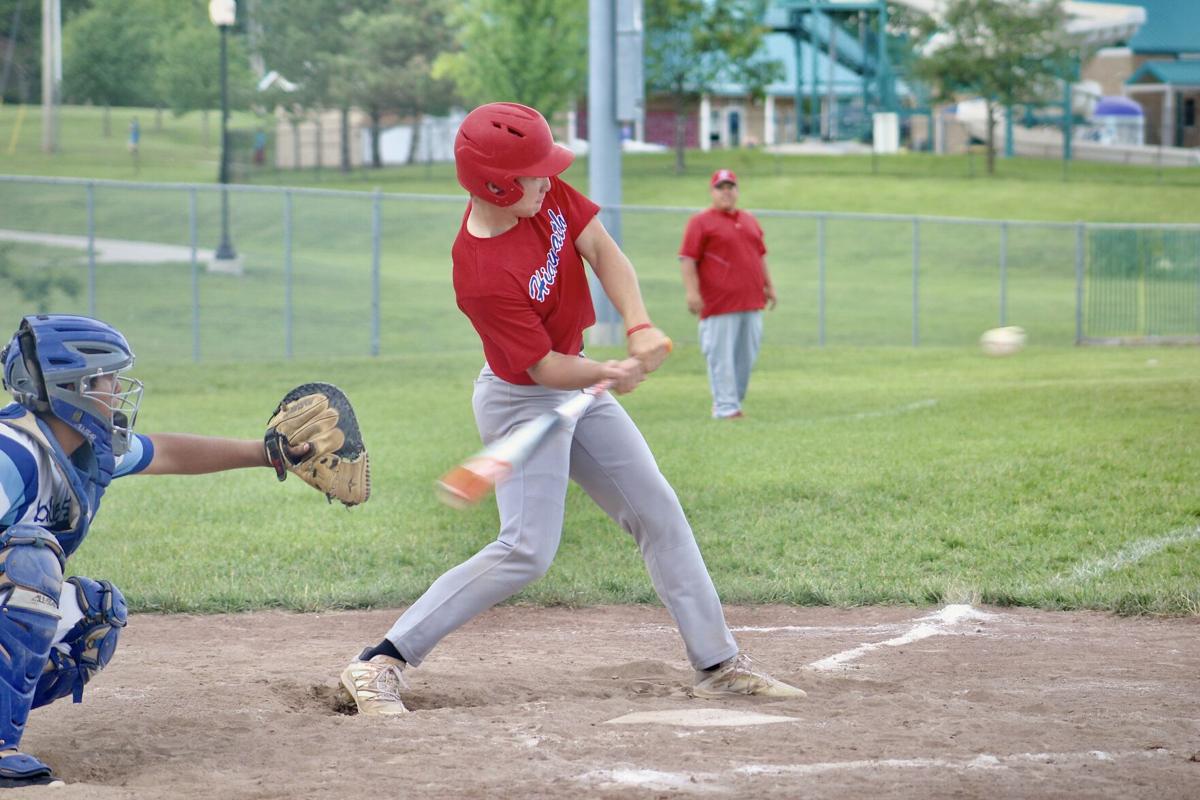 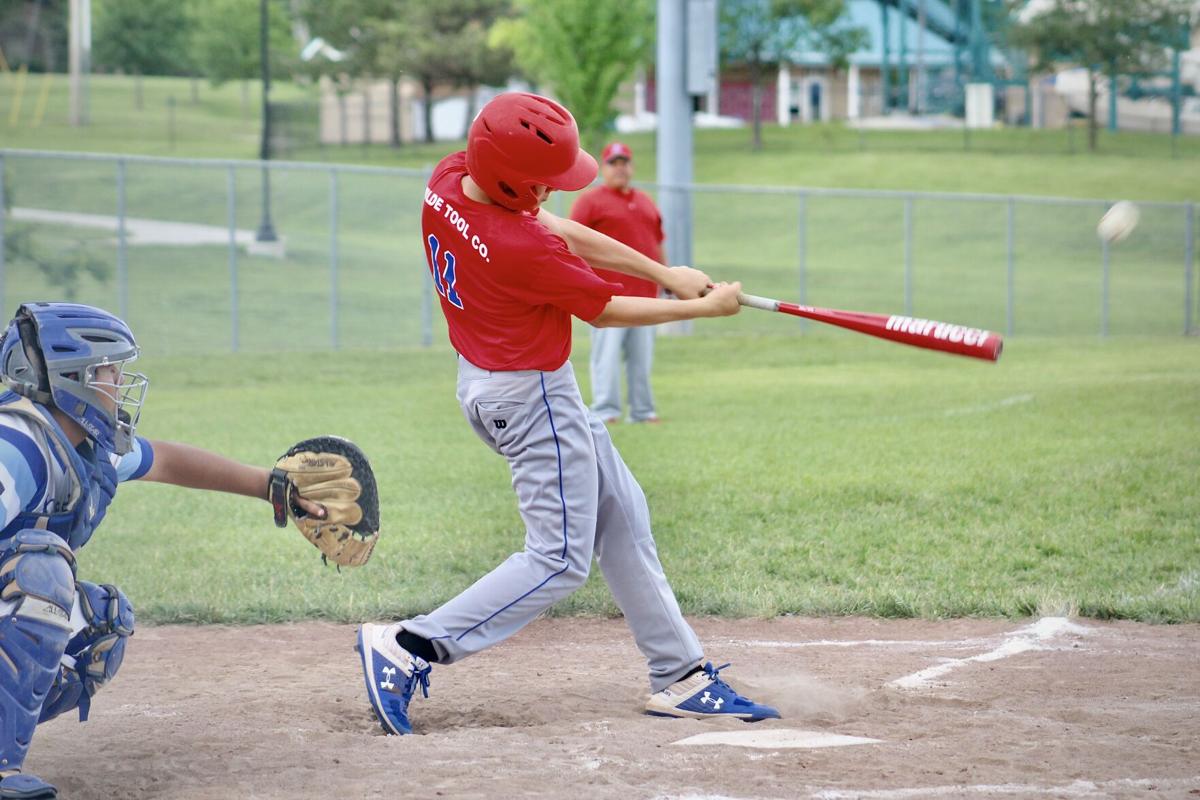 Dalton Siebenmorgen connects with a pitch in Tuesday’s home game.

Dalton Siebenmorgen connects with a pitch in Tuesday’s home game.

With the first week of the season in the books, the Post 66 Junior Legion Braves are above .500 and looking to continue that trend as they face the rest of their Northeast Kansas League schedule.

The Braves opened their season with a double header at Doniphan County, dropping the first game 9-1, as the Hiawatha squad struggled to put the bat on the ball. A Josh Smith single in the third scored Gannon Becker from 2nd base, with Cooper Jacobson collecting the team’s only other hit in the loss.

Hiawatha surged back in game two, taking a 2-1 lead after the 1st inning, as Carter Peters and Matt Monaghan both walked and scored on a Kaden Smith single. Doniphan County tied things up in the 2nd, but the Braves broke it open in the 5th, plating 4 runs. Kaiden Lee and Kade Pyle scored on a Monaghan single followed by a Smith double that plated Cooper Jacobson. With the bases loaded, Camden Thonen was hit by a pitch, sending Monaghan across the plate for the team’s final run in the 6-2 win. Dalton Siebenmorgen wen 3.1 innings with Monaghan finishing up.

At Oksaloosa on Sunday, the Braves took game one by a score of 9-7. Monaghan and Lee led the team with 2 hits each, as Lee notched 3 RBIs for the game, and Pyle, Jacobson, Peters, Siebenmorgen and Becker each added 1. Pyle, Jacobson and Smith combined to win the game on the mound for the Braves.

The Braves struggled to get their bats going in the second game, falling 4-0. Monaghan and Smith collected the only hits for Hiawatha, and Siebenmorgen went the whole way on the mound.

Playing the early game against the Falls City Blue Storm on Tuesday night, the Junior Braves kept things interesting, entering the 8th inning down by a 9-7 tally and rallying for the walk-off win. Hiawatha took a 2-0 lead in the 1st, but Falls City scored 6 over the next two innings. The Braves posted 6 of their own in the 5th and 6th to keep things close, but watched as the Blue Storm extended their lead to start the 7th. In the final inning, Monaghan reached on an error, followed by a Smith double. Peters then also reached on an error, with Monaghan scoring. Dalton Siebenmorgen then had the chance to play the hero, slamming a double into the outfield and sending home Smith and Peters to push Hiawatha into the lead and earning the walk-off 10-9 win.

He won't be there in person, but Osborne's fingerprints are all over Saturday's rekindling of NU/OU rivalry

'It's embarrassing': Arizona experiences a new low as loss to NAU extends skid to 15 games