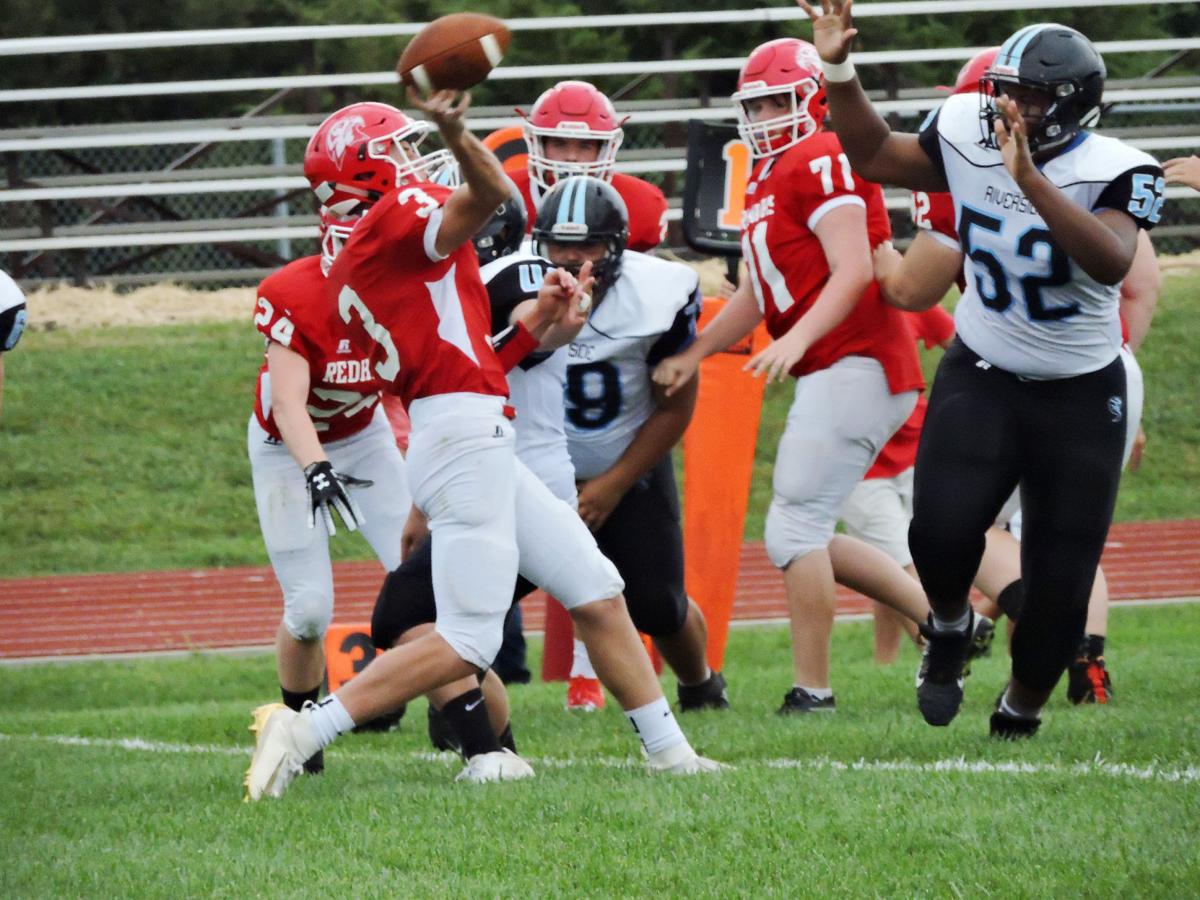 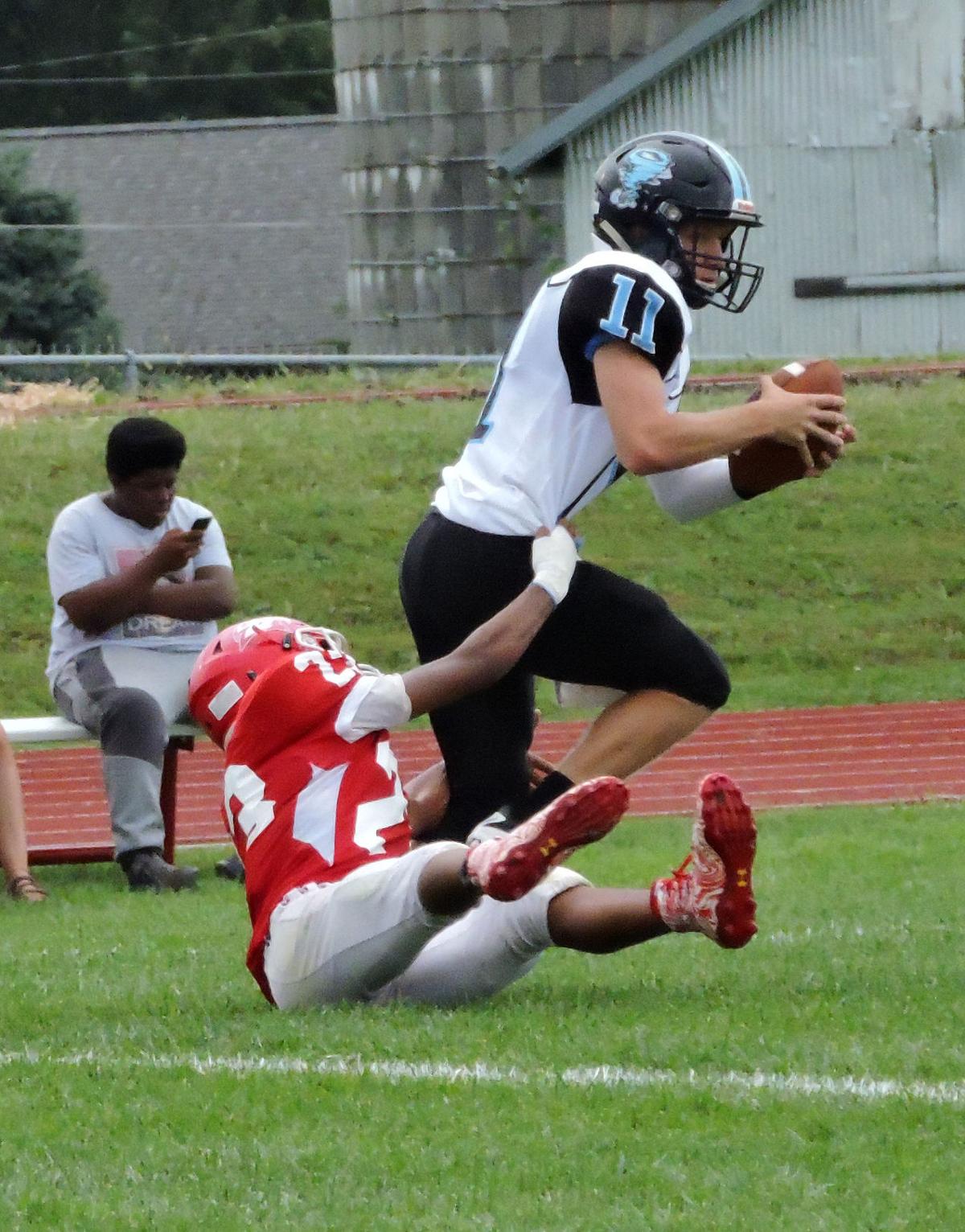 Fred Razor attempts to haul down the Riverside quarterback.

Fred Razor attempts to haul down the Riverside quarterback.

Hiawatha Middle School head coach Curt Weldon described what took place on Thursday afternoon as a “total team victory,” as the HMS Red Hawks pounced on the Riverside Cyclones on their own field early and did not take their foot off the gas in a convincing 50-0 trouncing that started Hiawatha off with a 1-0 record.

It was a game of big plays, as Hiawatha’s offensive line opened massive holes for Red Hawk runners, who busted off runs of 66, 74, 57, 54 and 35 yards. Weldon credited the line, including Beckett Potter, Josh Monaghan, Ian Wenger, Liam Zimmer, Diego Salcedos and Mavrik Shafer with pushing around Riverside’s front seven, allowing Malcolm Allen, JJ McQueen and Cooper Jacobsen to all have a big night as runners.

Allen lead the way for Hiawatha with 4 touchdowns on the night, with McQueen tacking on a pair of scores, and Jacobsen manning the point at quarterback, while also converting a pair of two-point conversions. Weldon said the trio “ran free all night behind our line.”

On the defensive side of the ball, Weldon said the team played a sound game and creating havoc in the Riverside backfield. The Red Hawk defense created four turnovers, including an interception by Dominc Allen that was returned for a touchdown.

Weldon was pleased with his team’s effort, saying that the 8th graders who gained experience a year ago had matured into a “confident and punishing team,” while the 7th graders that got in on the action did an “exceptional job,” while gaining experience for the future.

Hiawatha will host their home opener on Thursday afternoon, as the Hawks welcome the Royal Valley Panthers.