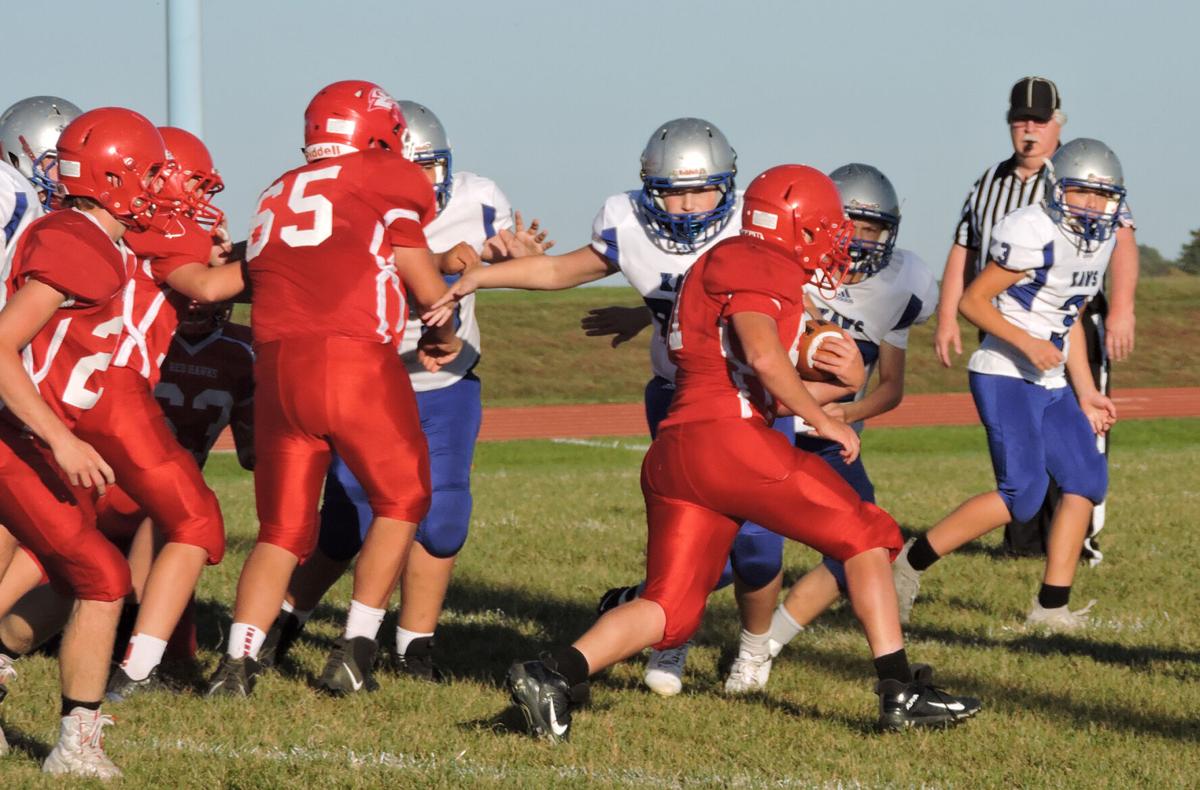 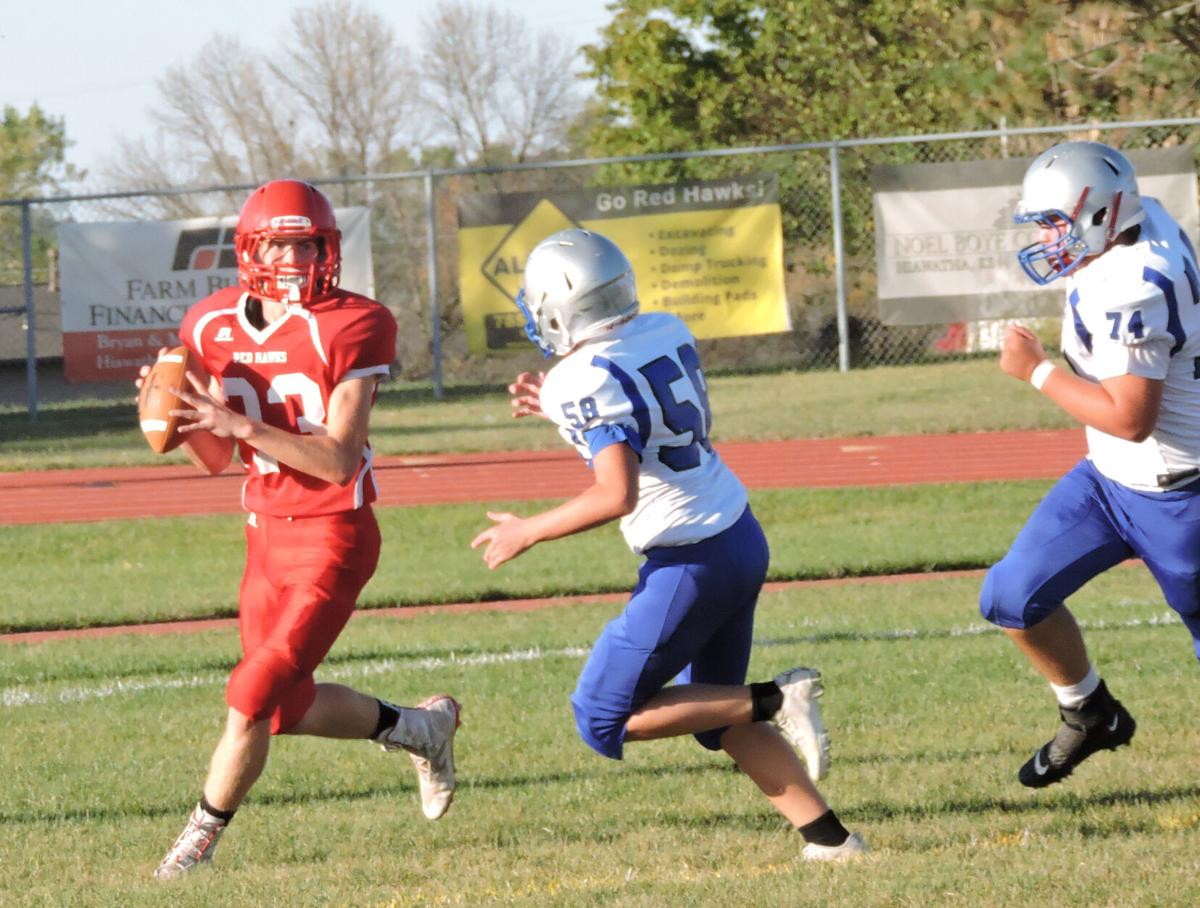 Catching up from Covid-delayed games in a short middle school football season can be a difficult ask, but the Hiawatha Middle School squad played two games this week after missing time early due to Covid concerns at opposing teams’ schools and came away with a win in each game.

After a big win against Nemaha Central last week, Coach Curt Weldon says he was a bit worried about a mental let down, but his team kept their foot on the pedal on their way to wins over Jeff West and Perry Lecompton.

Hosting Jeff West on Thursday, the Hawks started strong, reeling off 38 unanswered points on their way to a 38-12 win over the Tigers. The Hiawatha offense amassed 320 yards before halftime behind a line that was hitting on all cylinders. “We are getting excellent line play combined with our speed,” said Weldon. Four players scored for the Red Hawks, and the defense shut Jeff West down in a big way in the first half, not allowing a single first down.

Just two practice days later, the Hawks hosted the Perry Kaws on Tuesday, and again it was Hiawatha jumping out ahead early, racing out to a 22-0 lead in the first quarter. Connor Kettler led the Hawks in the big first frame, returning a punt 60 yards for a score, catching a 38-yard pass to set up the team’s second score and breaking off a 62-yard run for yet another touchdown, all before the second quarter began. Tyler Willich pitched in with touchdown runs of 11 and 51 yards, and threw 3 for touchdowns.

Perry got the ball rolling in the second quarter, pulling within 30-22, but the Red Hawks were able to chew up the last few minutes of the half and punch the ball into the end zone on a 2-yard touchdown pass from Willich to Cameron Winder. Kettler and Josh Monaghan out of the backfield keyed the drive, as Hiawatha stole back the momentum and went into the break up 36-22.

Kettler got the second half started off with a 75-yard kickoff return for a score, and Willich and Monaghan would add rushing scores on the next two possesssions, with a Willich to Gabe Cappleman 2-point conversion added on. Kettler would add one more 48-yard score to finish things off by a score of 62-34.

Weldon says his team is clicking in all phases, and have come into their own as a confident and cohesive unit. “We are a team on a mission this week,” says Weldon, “as we have a chance to win the league with a victory.” The Red Hawks host the Royal Valley Panthers on Tuesday at 4:30 for the final game of the season, with the Big 7 title on the line.