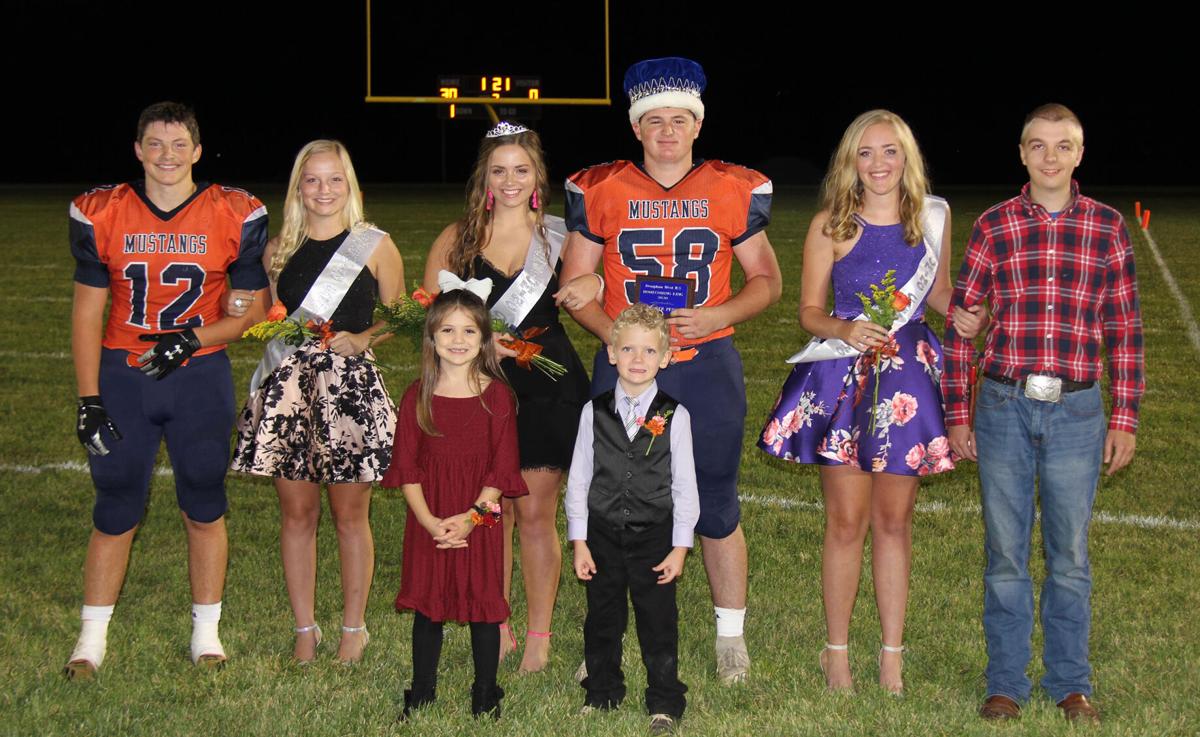 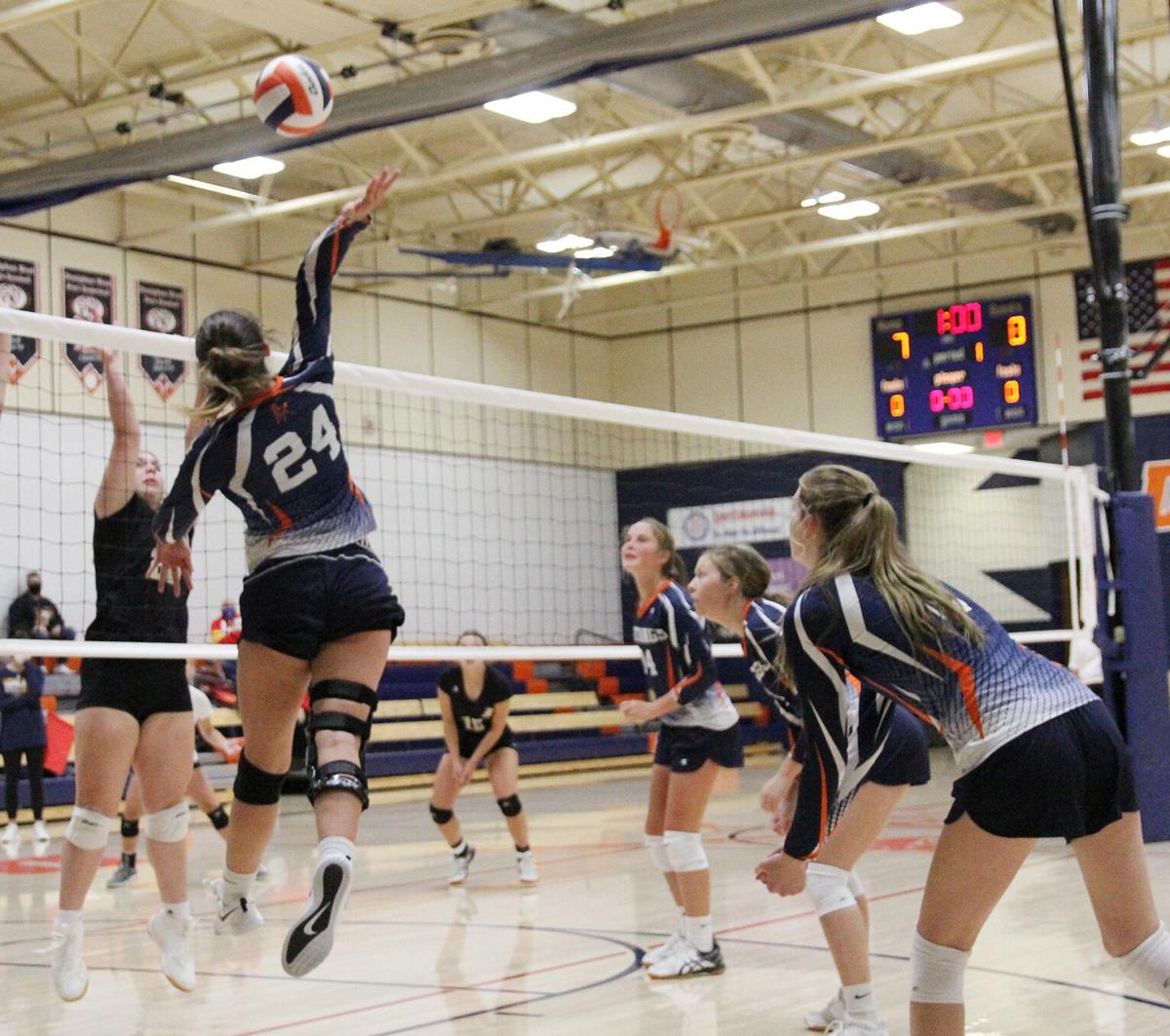 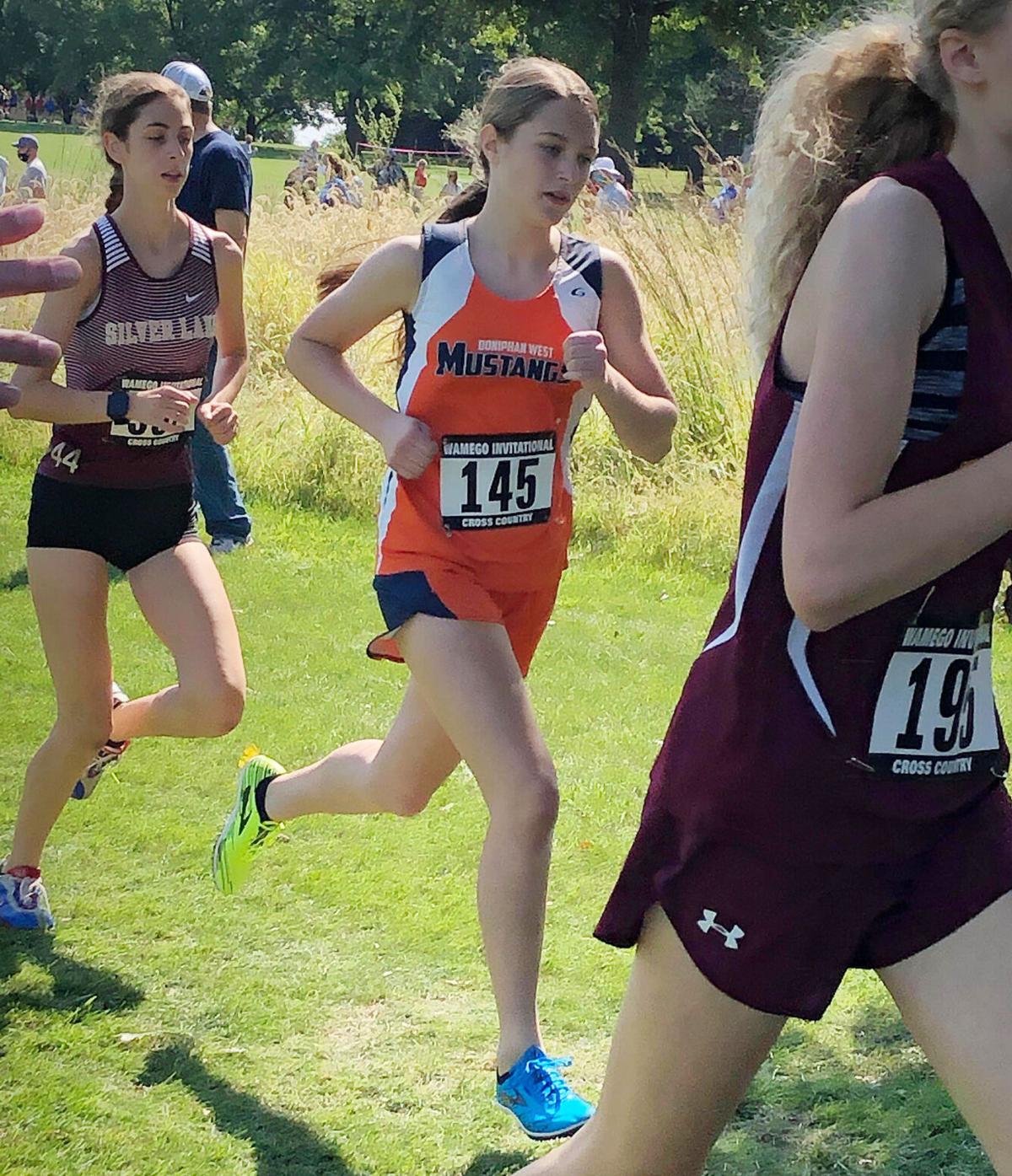 Sophomore Claire Cole (145) competes at Wamego, where she placed 18th. 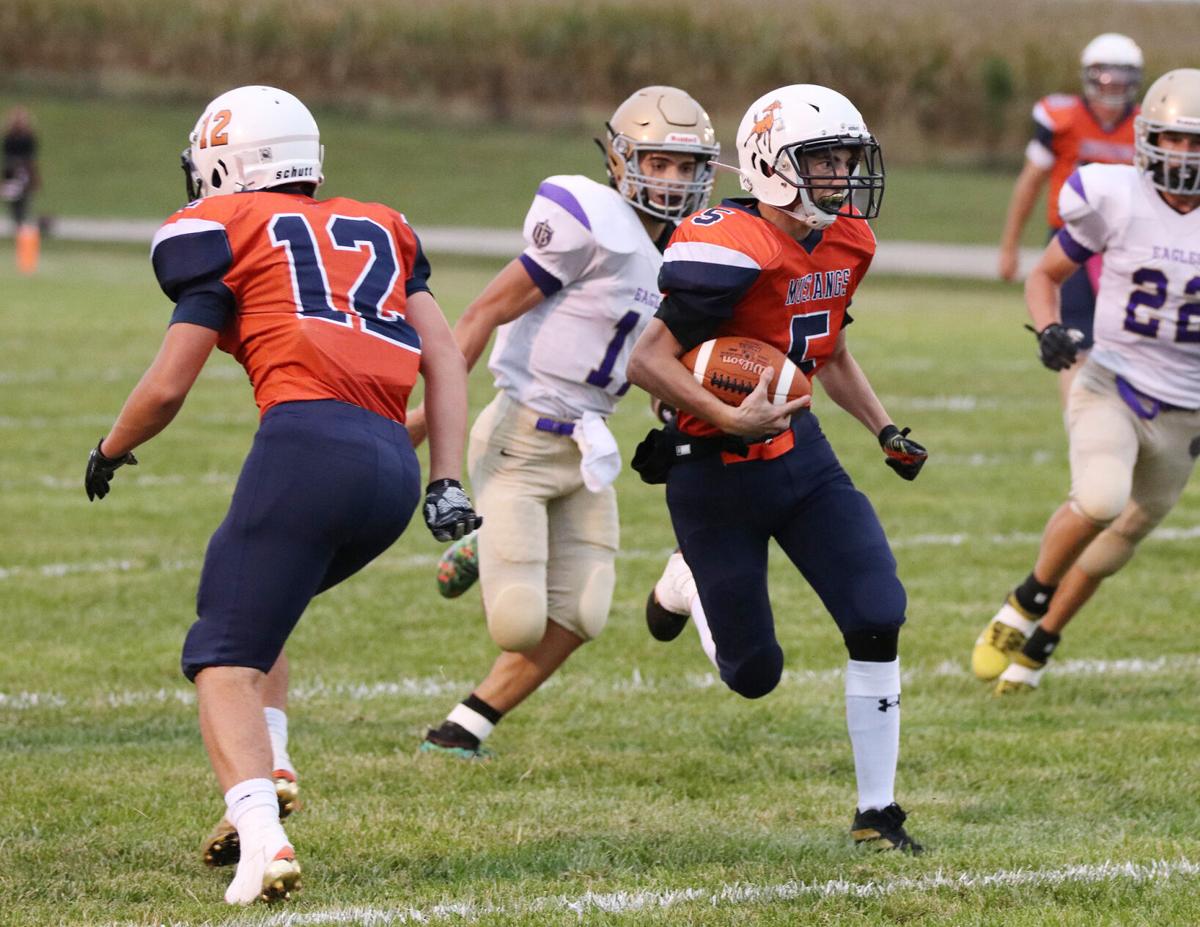 Junior Hunter Smith (#5) gets through the Leblond defense on a play that resulted in a touchdown.

Sophomore Claire Cole (145) competes at Wamego, where she placed 18th.

Junior Hunter Smith (#5) gets through the Leblond defense on a play that resulted in a touchdown.

Doniphan West Mustang football is now 1-1 after a 68-32 homecoming win over Bishop-Leblond of St. Joseph, Mo., on Friday, Sept. 11.

Kinlee Whetstine and Fletcher Penny are the 2020 DWHS homecoming queen and king. They were crowned during halftime of the DWHS versus Bishop-Leblond football game on Friday, Sept. 11.

Other homecoming activities for the Mustangs included a kickball tournament, parade of floats and pep rally on Friday afternoon. The theme for the floats was Putting on a Show with the Eagles, and the freshmen took first place with their SpongeBob SquarePants “Blow the Eagles Out of the Water” float. Coming in second was the juniors’ Ninja Turtles “Mutating the Eagles Into Chickens. Third place went to the seniors, whose float was The Suite Life on Deck; and the sophomores placed last with their Justice League/superheroes float.

The Mustangs next play at Johnson-Brock in Johnson, Neb. on Friday, Sept. 18. The game can be watched live at http://striv.tv.channel/johnson-brock/.

The Mustang volleyball team hosted Maur-Hill Academy and Atchison High School on Tuesday, Sept. 8, and was 0-2 for the night. They are scheduled to host Linn and Frankfort on Tuesday, Sept. 15, and they are to play in a Hiawatha tournament on Saturday, Sept. 19.

Running for the Mustang boys were Jacob Blanton and Reece Florence.

Inside the Aaron Rodgers-Davante Adams connection: ‘He’s an open book, and same with me’