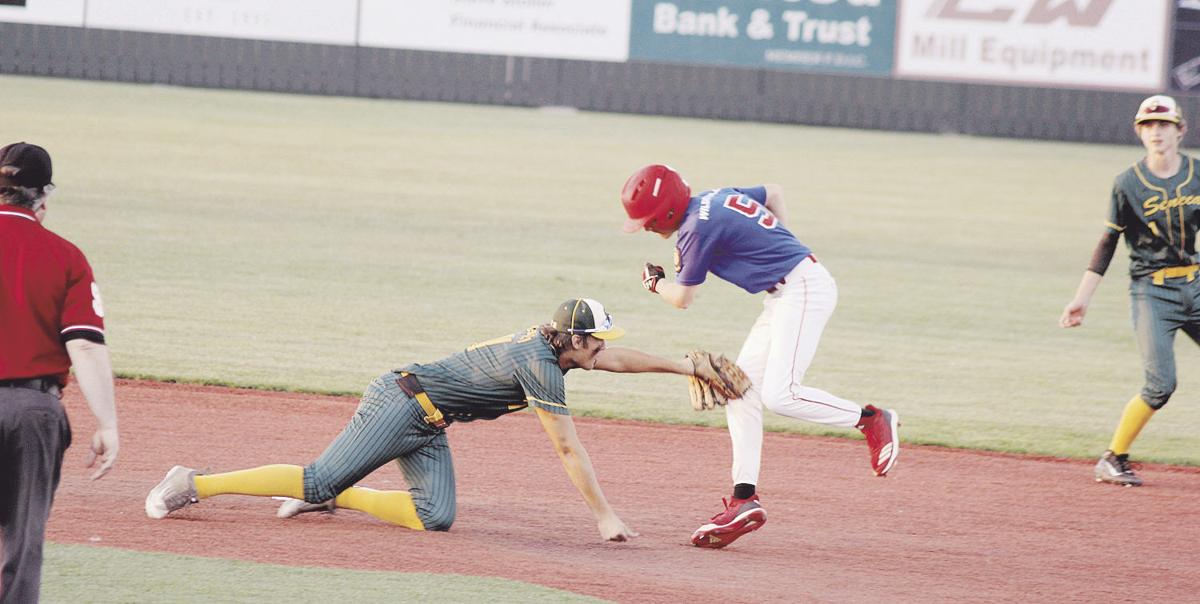 Hiawatha’s Tyler Davis is tagged out at second in Tuesday night’s game against Seneca at the AA Zone Tournament in Sabetha. 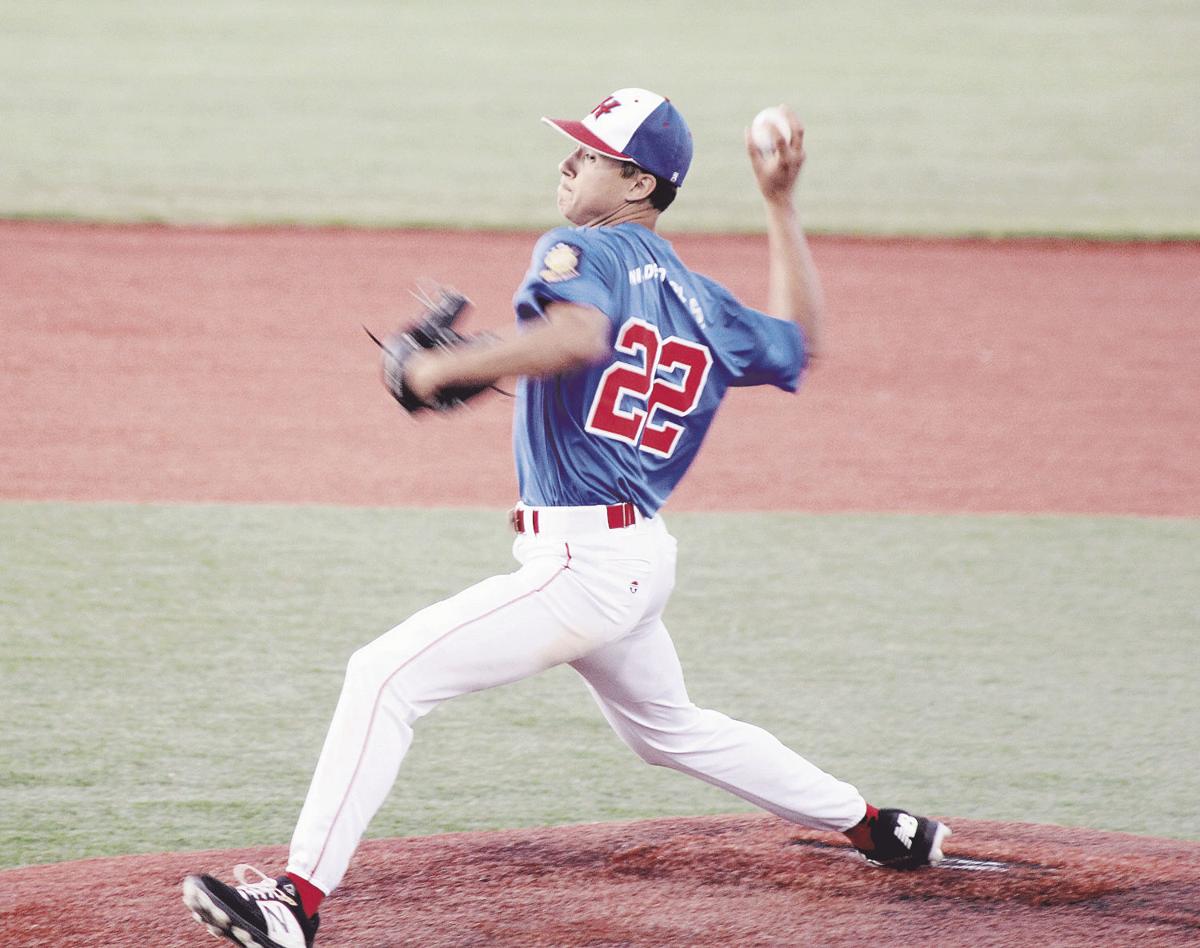 Hiawatha’s Michael Moreno stretches out to throw a pitch against Seneca in Tuesday night’s game at Zone. 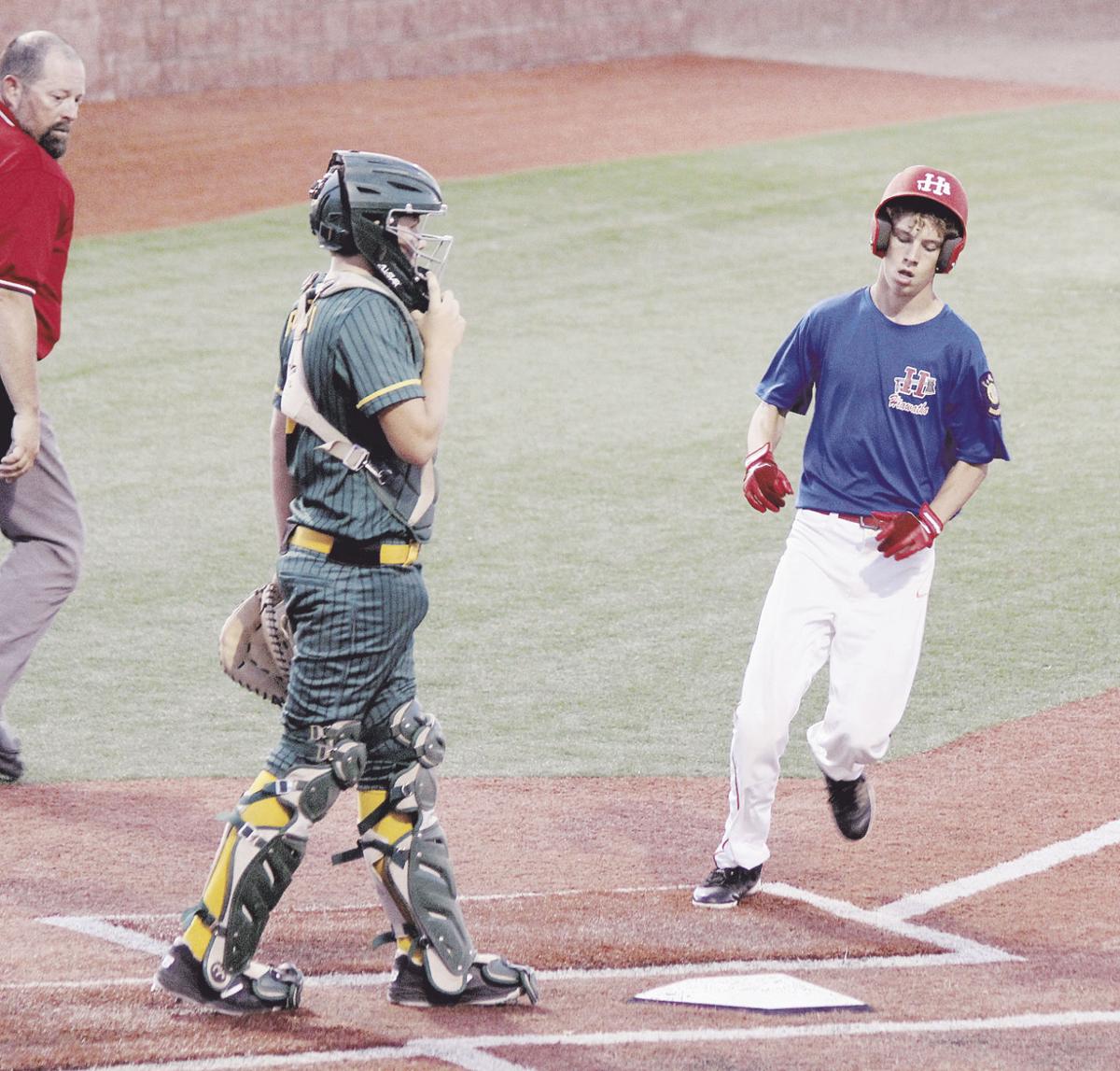 Hiawatha’s Trent Kolb runs home to score a run against Seneca in the AA Zone Tournament at Sabetha Tuesday night.

Hiawatha’s Tyler Davis is tagged out at second in Tuesday night’s game against Seneca at the AA Zone Tournament in Sabetha.

Hiawatha’s Michael Moreno stretches out to throw a pitch against Seneca in Tuesday night’s game at Zone.

Hiawatha’s Trent Kolb runs home to score a run against Seneca in the AA Zone Tournament at Sabetha Tuesday night.

The 2019 American Legion baseball season came to an end for the Hiawatha Braves on Tuesday evening, as the team attempted to work their way through the bottom half of the AA Zone tournament bracket in Sabetha.

The Braves faced off against a familiar Seneca squad and played a competitive game, but could not keep pace, eventually falling 8-5.

Seneca plated their first two batters to start the game as they jumped out to 2-0 lead, but Hiawatha stole back a run in the bottom of the 1st, as Andrew Lierz singled, then scored on a Gabe Corbett single. Hiawatha fell further behind in the 2nd, as Seneca crossed the plate 3 times to grab a 5-1 lead, then tacked on 2 more in the 3rd.

Trent Kolb led off the top of the 3rd with a single, then scored on a Moreno hit. Moreno came in on a Corbett single, and Cody White reached with a walk. With Kade Tollefson up, Corbett scored on a wild pitch, then White dashed home on a Tollefson single to cut the lead to 7-5. Seneca would tack on a runner in the 5th, but Hiawatha had their opportunities, as in both the 4th and 7th, the Braves had the bases loaded with just one out and failed to come away with runs.

The loss ended the season for Hiawatha with a 3-23 record, while Seneca moved on to play Marysville on Wednesday night.

The Zone host Sabetha Raptors have rode their No. 1 seed to a spot in the finals, while Marysville and Silver Lake will play earlier in the night on Thursday to determine who will have a shot at Sabetha in the evening game.

While holding out hope for later in the season, Packers rule out having fans at first 2 Lambeau Field games

NCAA: Athletes must have scholarships honored if opting out of season over COVID-19 concerns