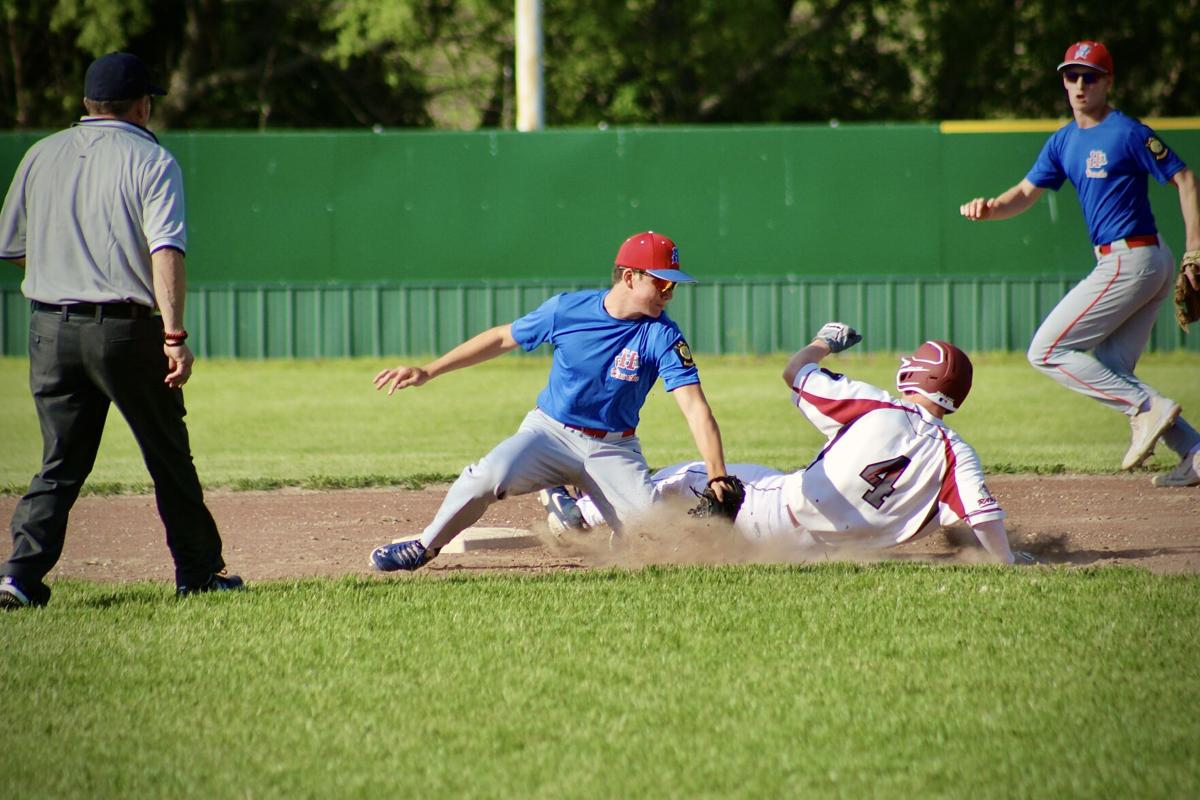 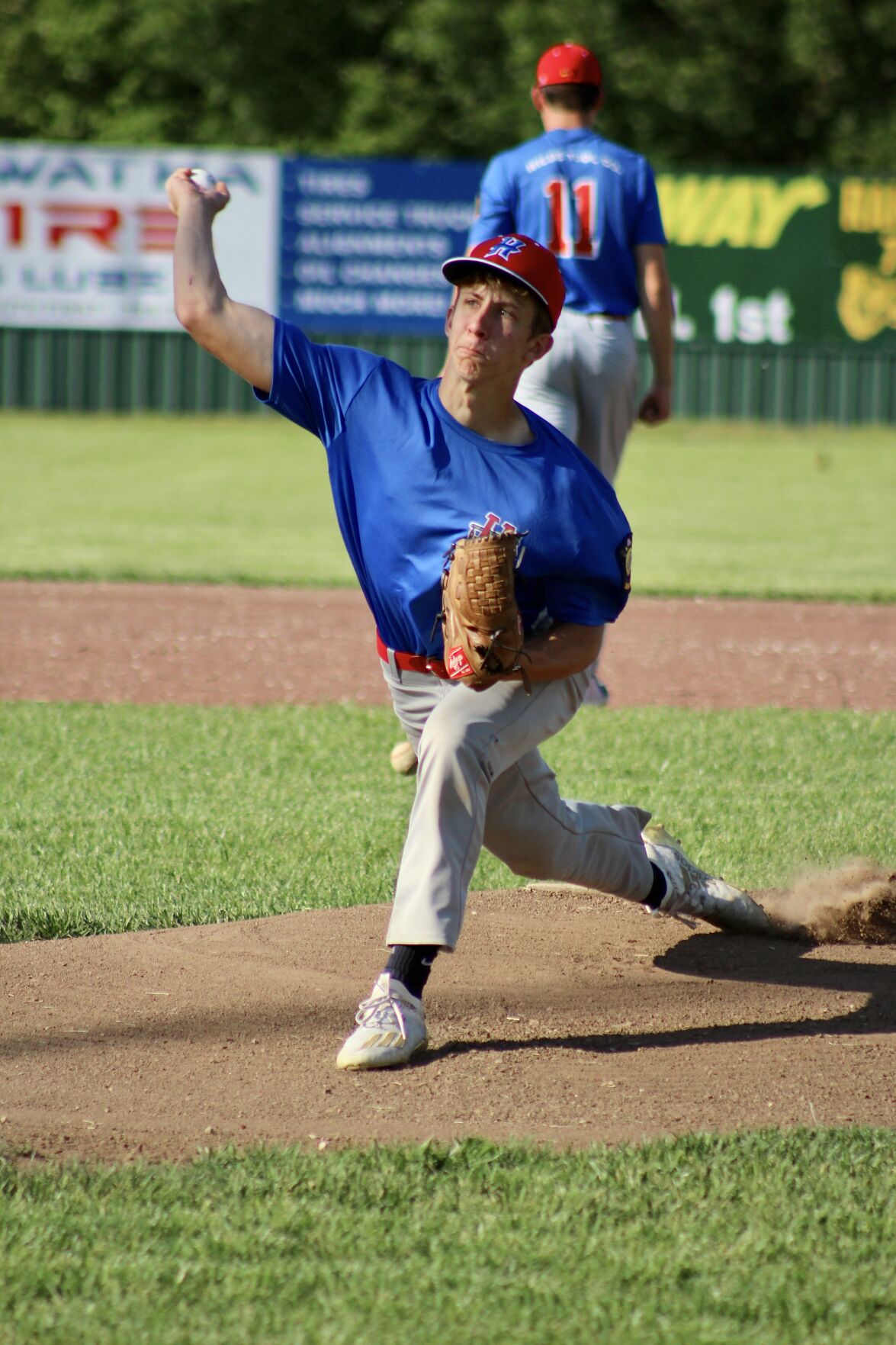 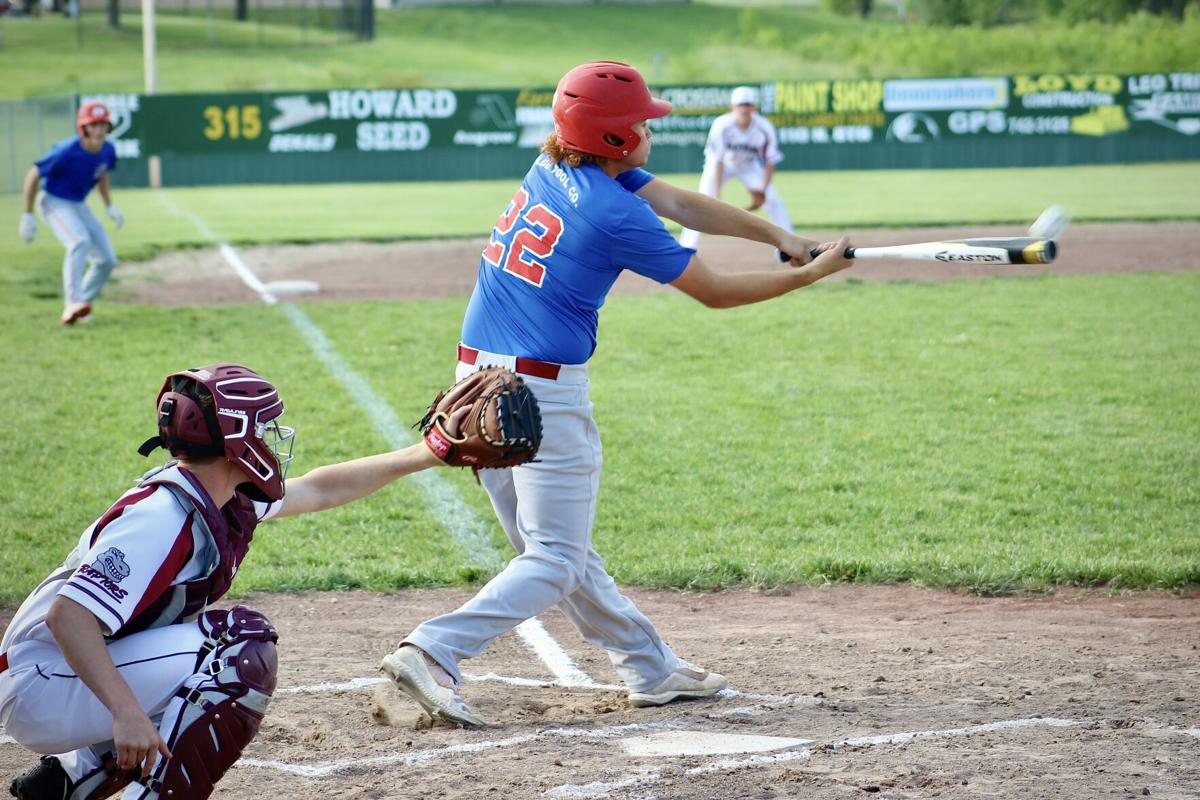 Gunner Koontz connects with a pitch.

Gunner Koontz connects with a pitch.

The Hiawatha Post 66 Braves hosted the Falls City Blue Storm on Tuesday night, picking up their first W of the year. Over the past week, the Braves hosted Sabetha and visited Silver Lake to kick off the season.

After watching the Junior Legion squad pick up a win in their match up with Falls City, the Senior squad picked up where the younger team left off. Ashton and Alex Rockey each singled and scored in the 1st to just out to a 2-0 lead. In the 4th, R Keth and DJ Sample both walked and scored, and Alex Rockey walked and scored in the 5th. In the 6th, Brandt Barnhill singled and scored to push the game to its final score of 6-1, after Falls City scratched a run across on an error in the top of the inning. Joel Bryan pitched for Hiawatha, picking up the win and striking out 9 while giving up just 1 hit.

The Braves opened the season against Sabetha, with the Nemaha County squad getting the better of Hiawatha on both ends of the doubleheader. Sabetha jumped ahead 6-0 in the bottom of the 1st, with Hiawatha getting one back after Ashton Rockey walked, followed by an Aston Rockey and Xavier Oldham singles to cut the deficit to 6-1. Oldham walked and scored, while Joel Bryan singled and scored in the 4th, and Lee and Rockey scored in 5th on an Oldham double to bring the final score to 11-5. In the 2nd game, Hiawatha fell 9-1, with Gunnar Koontz scoring on a Bryan double to mark the Braves’ only win.

Hiawatha got off to a rough start against Silver Lake in game one, falling behind 14-0 in the 1st. Barnhill, Sample, Oldham, Bryan and Gunner Smith all scored in the 4th for Hiawatha, but it was too little too late as the game finished out 20-5. Bricen Lee singled and scored for the Braves in the 1st inning of the second game, with Alex Rockey following with a walk that led to a run, but Silver Lake answered with a quick 3 runs in the top of the inning, then a quick 7 in the 2nd. Hiawatha tried to get back in it, with Jake Reiger adding a run 3rd, and then in the 4th, Oldham, Bryan and Smith led off the inning with each getting on base and scoring, but ultimately, the Braves could get no closer as the game finished up at 10-6 for Silver Lake.