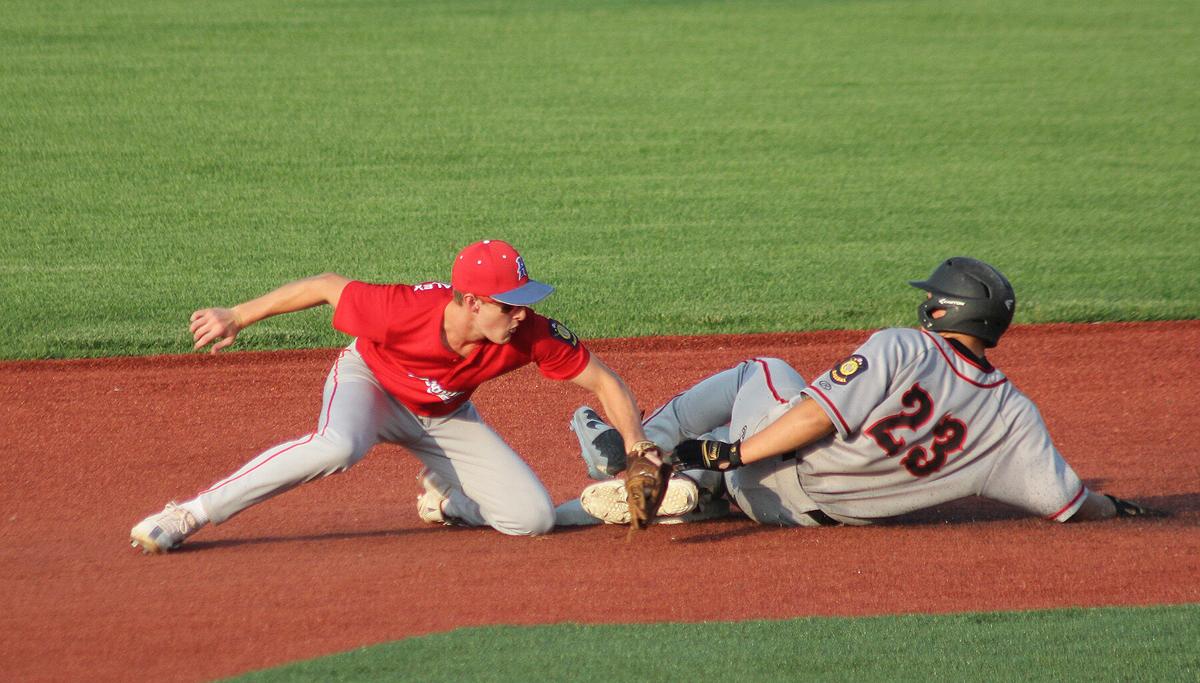 Hiawatha’s Alex Rockey goes for the tag against a Marysville player on Sunday at Zone. 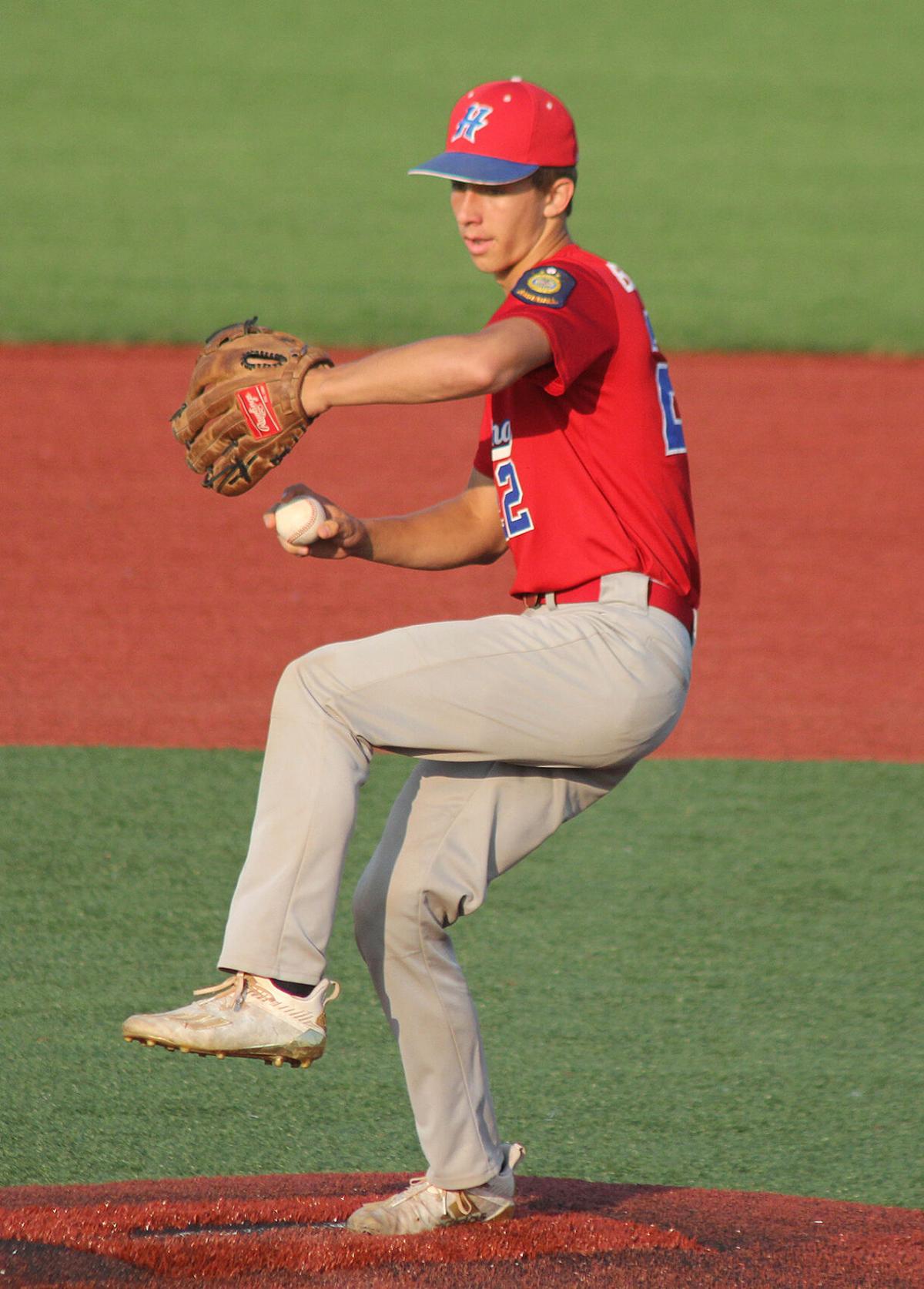 Hiawatha’s Brandt Barnhill reaches back to throw a pitch against Marysville at the Zone Tournament in Sabetha.

Hiawatha’s Alex Rockey goes for the tag against a Marysville player on Sunday at Zone.

Hiawatha’s Brandt Barnhill reaches back to throw a pitch against Marysville at the Zone Tournament in Sabetha.

The Hiawatha Post 66 Senior Legion Braves played saved some of their absolute best play for last this week, as the team put together a trio of outstanding performances in the Zone Tournament at Sabetha.

On Sunday, the Braves pushed perennial powerhouse Marysville to the brink in the opener. Marysville led 2-1 after two innings, but Hiawatha responded with RBI singles from Bricen Lee and Xavier Oldham to take a 4-2 advantage in the 3rd. The teams pushed back and forth over the next few innings, heading into the 7th inning at 5-5. In the final frame, Marysville was able to capitalize on Hiawatha mistakes, as a hit-by-pitch eventually came around to score for a walk-off 6-5 win. Ashton Rockey and Jake Rieger each had 2 hits for Hiawatha and Lee contributed 2 RBIs.

Hiawatha was went 0-4 this season against Sabetha, so there was some tension when they would face off against the top-seeded Zone host in an elimination game on Tuesday night. The Braves responded with one of their best performances of the year, holding Sabetha’s bats down and collecting 10 hits to get their first win of the season against the Nemaha County foe. Bricen Lee went 5.2 innings on the mound for the Braves, giving up just 1 earned run and striking out 5 and Ashton Rockey finished the game off for the save. Rockey also shined on offense, leading the offense by going 4-4 at the plate with 2 runs and 2 stolen bases. Alex Rockey pitched in with a 2-4 performance with 2 RBIs, and Lee and Brandt Barnhill added an RBI apiece in the winning effort.

Luck ran out for Hiawatha the following night, as they could not get over on Corning Post 216. The 7-3 loss showed that the Braves were capable of hanging in with anyone in the tournament, but was enough to send them packing for the season. The win over the top overall seed and the near miss against the 2nd-seeded Corning group shows the promise that Hiawatha will seek to cash in on next season.