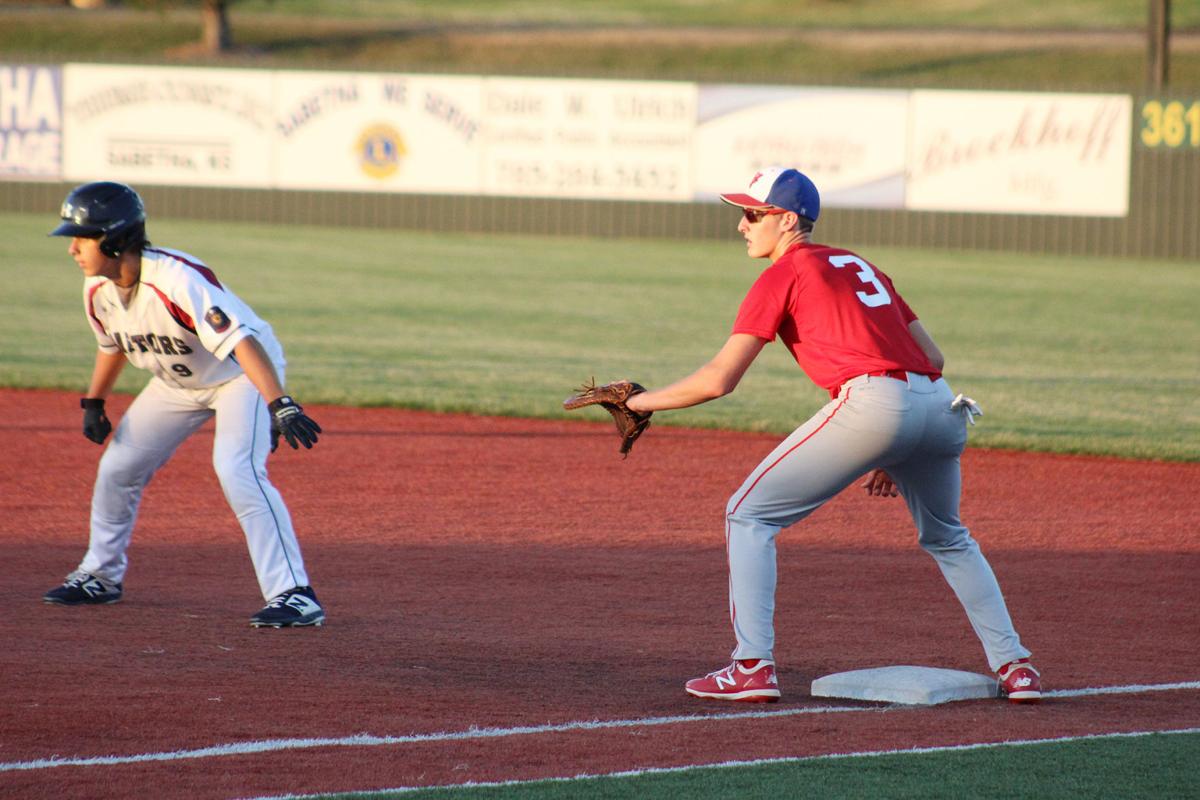 Hiawatha’s Alex Rockey is ready for a pick off at first base during Wednesday night’s games at Sabetha. 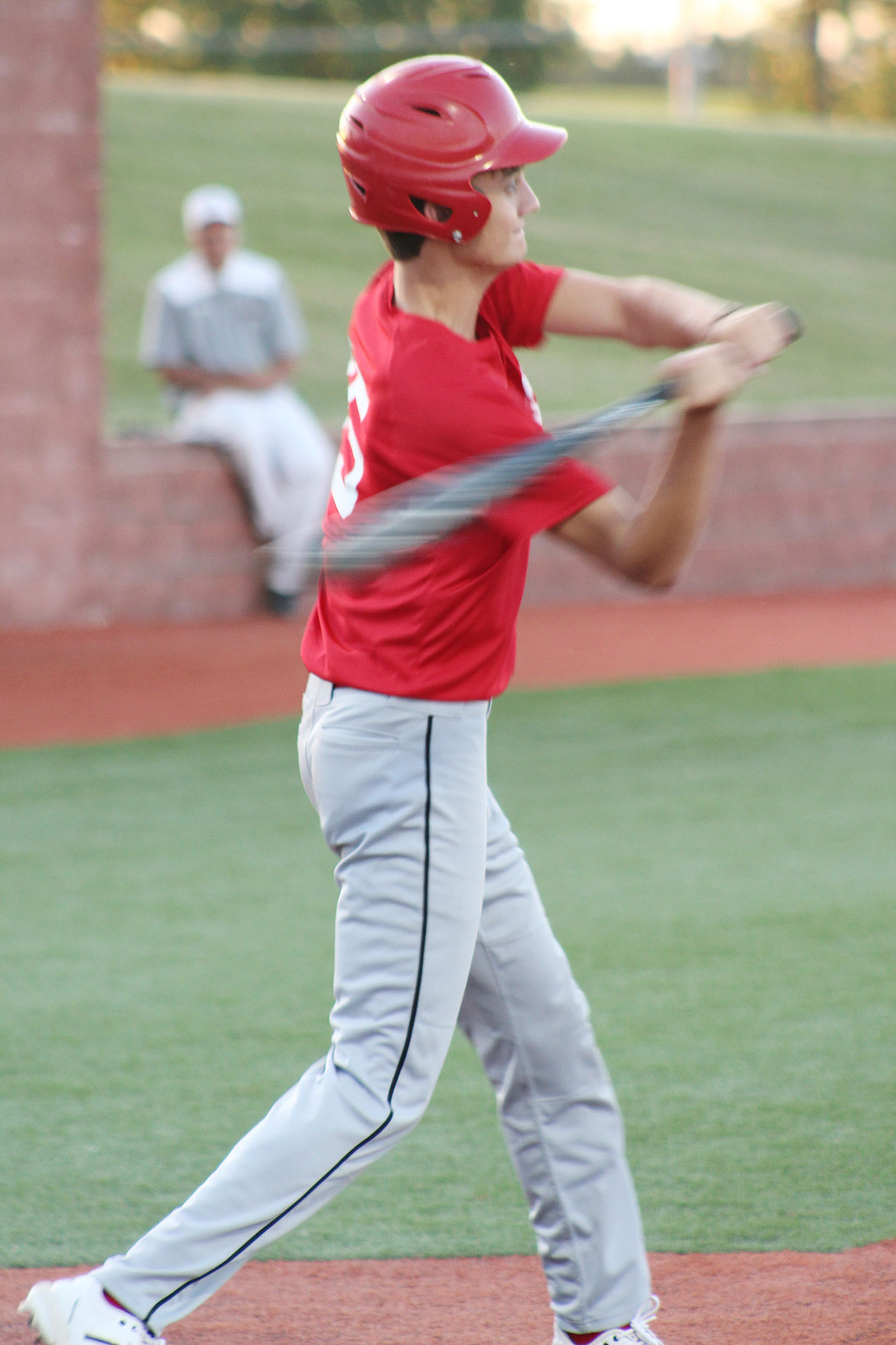 Hiawatha's Carson Gilbert takes a swing at a pitch Wednesday in Sabetha.

Hiawatha’s Alex Rockey is ready for a pick off at first base during Wednesday night’s games at Sabetha.

Hiawatha's Carson Gilbert takes a swing at a pitch Wednesday in Sabetha.

The Hiawatha 18U Braves kept plugging this week, but found themselves up against a couple of tough Nemaha County opponents, as they visited Seneca for a doubleheader on Sunday and hit Sabetha to play two on Wednesday evening.

The Braves could not string together any offense in the first end of Sunday’s double-dip at Seneca. Hiawatha finished with a pair of hits and 4 walks for the game. With limited base runners, the Brown County squad could not do much damage, while Seneca struck for 3 runs in the first inning, 1 in the second, 3 in the fifth and 1 in the sixth to take the 8-0 win. Andrew Lierz and Gabe Corbett split mound duties and each gave up 2 earned runs in the contest while Corbett and Tyler Davis collected the team’s only hits.

The second outing looked very similar, with Nemaha scoring 4 times in the first and then 6 in the fourth to earn the 10-0 win. Lierz collected the team’s only hit in the game, as Hiawatha continues to look for a spark on the offensive side. Xavier Oldham went the whole way on the mound for Hiawatha, giving up 5 earned runs for the game, striking out 2 and walking 7.

Hiawatha finally got some action out of their offense on Wednesday night in the first half of a doubleheader with Sabetha. After going down 3-0 in the third inning, Joel Bryan stole home to get Hiawatha on the board in the top of the seventh inning, then Xavier Oldham scored on a wild pitch and DJ Sample got across on a passed ball to even things up at 3 apiece. But in the bottom of the inning, Sabetha managed to get out of their jam, as a triple put a Sabetha runner on 3rd and a sacrifice fly to center ended the game in walk-off fashion, with Hiawatha absorbing the 4-3 loss.

The team put together another close game with Sabetha in the finale, but could not climb all the way out of a 3-0 hole, eventually falling 3-2. Sabetha put one on the board in the bottom of the second inning, scoring on a passed ball and added 2 more in the third on a passed ball and a wild pitch to go up 3-0. The Braves got on the board in the fourth inning as Joel Bryan scored on a DJ Sample single and got even closer in the fifth and final inning, with Oldham knocking a sacrifice fly to right and Andrew Lierz racing in for the score, but that was as close as they could get, dropping the game and falling to 0-8 on the season.

Ivy League won't play football this fall - will other conferences?